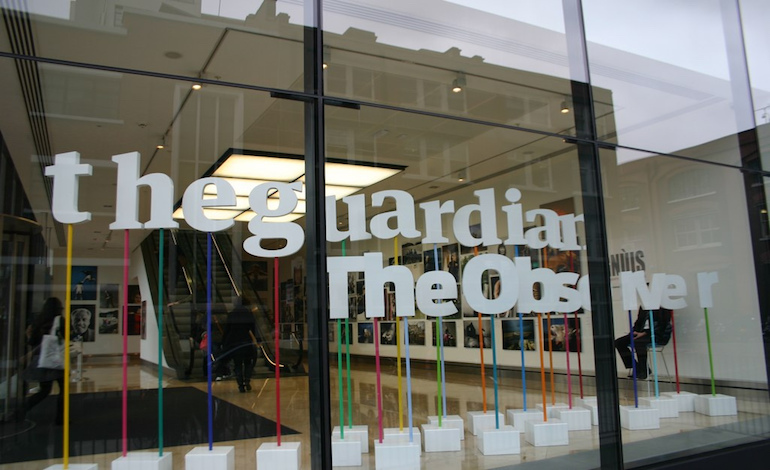 I’ve read The Guardian since my days as a politics and government student in Manchester over ten years ago. Before alternative media came along, thanks in large part to technology and the decline of print media, it was about the only publication that had anything in common with my own world view. In a country dominated by a corporatist right wing media, it was the paper that gave me hope.

The Guardian was the only broadsheet I saw that opposed the Tories and I really valued it for its independence. It wasn’t owned by a billionaire businessman like The Times, The Telegraph or The Sun. So to read of The Guardian‘s new commercial deal, with Facebook and other giant companies, really disappointed me.

Can The Guardian be trusted anymore?

The paper claims to:

Safeguard the journalistic freedom and liberal values of the Guardian free from commercial or political interference.

But it’s just courted Facebook, Post Office and other big corporations to help fund its new business to business (B2B) section. The Guardian will receive funding for the articles sponsored, controlled or created by these advertisers in the section.

As The Guardian explains about the new site:

We work with, and accept funding from, a range of external organisations from across the business world to help drive conversation around a range of topics for people in business.

Let’s look at Facebook as an example. The Guardian has often held the company to account with articles like this one. Valuable, necessary work, right? But, can the paper really maintain its journalistic integrity and continue such reporting when it is benefiting commercially from agreements with the very companies it also claims to hold to account?

And compromised principles may not stop there. The paper was one of the leading publications reporting on the recent Paradise Papers scandal. This revealed the tax avoidance schemes in place that allow the world’s richest people to withhold millions from the public purse. Again, exposing this was a vital public service. But the Guardian Media Group (GMG) has been accused of avoiding paying tax itself through such schemes, like the use of a tax-exempt shell company in the Cayman Islands.

The editor of the paper, Katharine Viner, just wrote an attempt at a rousing mission statement. It makes The Guardian sound like a holier-than-thou beacon of democracy. Really?

The paper’s relentless demonisation of Jeremy Corbyn and scaremongering tactics before the 2017 general election had already put paid to much of my trust in the paper. I began to see it for what it really was: liberal on social issues but committed to maintaining and entrenching the status quo politically and economically (save for a few of its journalists). An extract from Alex Nunns’ The Candidate: Jeremy Corbyn’s Improbable Path to Power does a great job of showing how The Guardian tried to halt the Labour leader’s rise.

When I read about this new deal with Facebook and the other big corporate beasts involved, I immediately thought of the 2015 HSBC scandal at The Telegraph. This scandal saw The Telegraph‘s chief political commentator resign. He accused his former employer of avoiding coverage of HSBC intentionally to protect its advertising contract with the bank.

This is a slippery slope that The Guardian now appears to have joined The Telegraph on. And it’s a chilling development for democracy.

– Support The Canary and help us fight back against corporate control of the media.