The Alan Turings of our time should be celebrated, not prosecuted [OPINION] - Canary 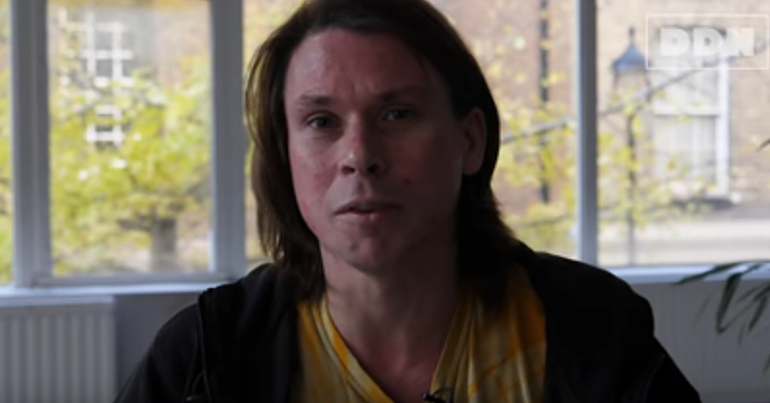 On 5 February, the High Court ruled that alleged hacker Lauri Love should not be extradited to the US to face trial. But there’s a sting in the tail. The court also recommended that the Crown Prosecution Service (CPS) should now consider the prosecution of Love in Britain. That would be a tragedy. Because people like Love should not be prosecuted, but celebrated.

Alan Turing was a genius, who may have also been autistic. His work at Bletchley Park breaking the Enigma code during World War Two contributed to the Allies’ victory against the Nazis. But he was persecuted for his sexual orientation and it appears he took his own life. Society is not much different today. People on the autism spectrum, such as Love, are often victimised. Yet paradoxically, we may all be on the ‘spectrum’, to differing degrees.

The day before Love’s court hearing, US journalist and political activist Barrett Brown posted a video interview, in which he explained why extradition to the US would be so bad:

Brown was also a target of persecution and imprisoned for five years after facing charges of transmitting a threat, unauthorised access to a protected computer, and interference with the execution of a search warrant.

However, Brown maintains his prosecution was all about revenge for his investigation of the Stratfor hack and of private surveillance systems.

Although the UK High Court appeal ruled that Love should not be extradited, it concluded [pdf]:

The CPS said in a statement:

We have received the high court’s judgment on Lauri Love, which we will now consider before making any further decisions.

Love takes inspiration from the work of US activist and cyber genius Aaron Swartz, who was renowned for his key role in creating RSS, Creative Commons and Reddit.

But sadly, Swartz was also targeted by authorities and accused of downloading five million articles, via a Massachusetts Institute of Technology (MIT) server, from the academic database JSTOR. Inexplicably, he faced decades of imprisonment. And tragically, he decided to take his own life rather than face prosecution proceedings.

I believe that Aaron’s death was caused by a criminal justice system that prioritizes power over mercy, vengeance over justice; a system that punishes innocent people for trying to prove their innocence instead of accepting plea deals that mark them as criminals in perpetuity; a system where incentives and power structures align for prosecutors to destroy the life of an innovator like Aaron in the pursuit of their own ambitions.

That Swartz had also been investigating Chelsea Manning’s case and researching her prosecution might partly explain the prosecutorial overreach and the involvement of the US Secret Service in his case.

A series of low-level attacks, including the hijacking of MIT’s website with a memorial message, were conducted in protest at what happened to Swartz. #OpLastResort also attacked the Alabama Criminal Justice Information Center website and the website of a firm believed to be linked to private security company Stratfor. Other attacks targeted the US Federal Reserve and, on the anniversary of Swartz’s death, MIT (again).

Lauri Love is accused of taking part in the hacking of the US Federal Reserve.

A matter of conscience

The High Court appeal hearing has given the CPS 14 days to find new arguments with which to appeal the High Court ruling. The CPS could also decide to prosecute Love in the UK courts.

But it’s time that the rebels of our world are recognised as a necessary counter-balance to the excesses of government. Love, like Swartz and Brown and many others, did not deserve prosecution. They should be celebrated.

They are the Alan Turings of our age. Indeed, they could be described as the conscience that many of us are yet to find.

– Find out more about Lauri Love.