Brexit: the past is great for a holiday, but it's no place to live - Canary 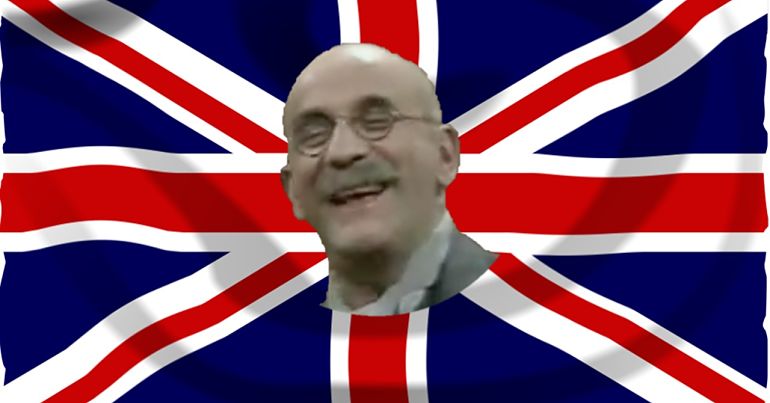 We’re living through a tumultuous period of human history. It’s scary, complex and the future feels more uncertain than ever. For some of us, that means we want to throw the last 40 years in the bin and retreat to the familiar, comfortable past. But while our memories of the past are a great place to holiday, they’re no place to live.

Being ‘a bit ethnic’

Being a bit ethnic is no picnic, anywhere on Earth. From cradle to grave, you’re never truly anonymous. Your words, your actions, the clothes you choose to wear or not – they all ‘mean’ something to non-ethnics, because you stand out. You represent something. You represent the exotic, the savage, the terror threat, the moneyman, the ‘whatever sentiment non-ethnics of the moment’ have attached to you. You learn this young. And it’s as true in Britain today as it was 40 years ago.

But what did change over that time was how acceptable it was to profess explicitly racist opinions in the open. Through the 1990s, we successfully stigmatised the most hostile end of the racist spectrum. And the Alf Garnetts in our lives retreated to the fringes. If you were a white, middle-class liberal in the nineties and early noughties, it may have felt like this was a post-racist society. Because aside from the odd rant by a drunken uncle, where would you see it?

Well, we ethnics saw it. It was just harder to explain. It hid in the inexplicable reaction; the unsuccessful job application, the stranger crossing the street, the embarrassed faces of your date’s parents, the strange combination of being simultaneously overlooked and obsessed over.

But even this was progress. My Mum was escorted to school for months as a child because racists threatened her life. My grandfather had the audacity to marry my nan – a non-ethnic – in Bristol, in the 1950s. And my nan’s community responded to that with death threats. They sent letters threatening to fire bomb the house with my grandparents and their five children inside. All because he was Black, she was white, and their children were Brown. When Enoch Powell gave his ‘Rivers of Blood’ speech, he was talking about them.

So when I compare my lived experience to theirs, I can practically taste the progress. And I felt that progress as a gay woman too.

We gained the internet, the feminist movement, transgender rights, equal marriage, same-sex procreation and adoption, mixed ethnicity families. Our world became faster and bigger. We started to learn that the limited, binary distinctions we’d been living with for centuries (male/female, gay/straight) were holding us back. So we expanded our minds and our vocabularies in the hopes that more of us could feel at home in ourselves and the world. My God, it was glorious. I never imagined as a closeted child, living under Margaret Thatcher’s Section 28, that I would ever marry my wife. Only non-gays could marry then. And the thought that children, teens and adults could move beyond the gender-binary at all – fucking wow! On this little island, we were starting to undo longstanding wrongs, at an astonishing pace.

But the Alf Garnetts couldn’t keep up. So they revolted.

After the results of the Brexit vote came in, several non-ethnics told me: “I couldn’t stop crying. I felt like the compassionate, tolerant Britain I thought I lived in ceased to exist.”

I don’t know a single fellow ethnic who felt that way. We cried alright. But we cried because we knew that the other Britain – the cruel, judgmental one – never went away. Because we heard it yanking on its ‘chains’. We knew it could break free again at any moment. We knew that every advance faced a counter-revolution, and this was it. This was the angry little Alf Garnetts breaking their ‘chains’. For them, the loss of privilege over the previous decades was equal to the basic rights they’d deprived us of for centuries. And no matter how patently ridiculous it is to compare not being able to have golliwogs on jam jars with centuries of slavery, there’s no shaking them on it.

The morning after the vote, as I lamented on Twitter, someone told me: “Mendoza? You should be lucky we let you vote!” The unsaid became explicit: ‘we’ don’t consider you part of ‘us’.

The right-wing media had spent the last 40 years telling them every raw deal they’d suffered was a result of our advance. And for some (not all), this vote was about more than walking away from the EU. It was about undoing the last 40 years. It was about a return to a simpler past, where men were men, women were women, and you could say what you bloody liked without breaking some code of political correctness. And as seductive as that might be, it is complete horseshit.

Breaking with the past

Even for those who detest the attitudes of the Alf Garnetts, the past whispers like an old lover. Come back, come back, we never knew how good we had it. I know, because it happens to me too. And here’s why we need to resist that siren song.

The past didn’t feel great only for what it was. It felt great because of the sense of where we were heading. Because although most of us think our feelings are determined by the past (what happened), or the present (what’s happening), they are mostly determined by the future (what we see happening next). To help explain this, try this thought exercise someone once shared with me.

It’s 4.55pm on a Friday, you have 1,001 emails waiting in your inbox, your boss is in a foul mood, and it’s grey and rainy outside. But you’re ecstatic. Why? Because in your desk are tickets for you and your favourite person. You’re off for a three-week, all expenses paid holiday of your dreams. You finish at 5pm and you’re heading to the airport straight from work. You are lit up by the future, not the present or the past.

Then, three weeks later, you’re in paradise. You’re there with your favourite person on Earth, and the weather is just as you’d hoped. But you’re feeling anxious and miserable. Why? Because in an hour, you have to pack up and head back to that grey sky, that angry boss and those 1,001 emails. You are finding it almost impossible to experience the joy of the present, because of the future you are living into.

Well, we do that as a society too. The 1960s were terrifying. White people were literally lynching Black people, presidents and civil rights leaders were being assassinated, but the vision of the future we were fighting for loomed larger than that. And we need that vision now.

Our hope is in the future

In order to transform our world, we need to be profoundly connected with how things are now and with our own power to change them. We need to be able to look all the iniquities in the face; not ignore them, or become overwhelmed by them. And we have to believe in our power, individually and collectively, to build something better.

We don’t solve our current dilemmas by retreating to an idealised past. We solve them by believing in a future where they are solved, and by knowing we will get there. We do it by living each day like our perfect world is at our fingertips, but having the patience and fortitude to make it a mission for life.

We can choose to find the joy in each other now. We can look for it, we can listen for it. And we can give each other the chance to change.

There are really bad things happening in our world. There are great things too. We weaken our ability to enjoy the progress we’ve made, and our chances of advancing that progress, if we allow one to eclipse the other. We can choose to feel both with equal force. And we can work our asses off to make the bad good, and the great phenomenal. Then it’s over to the next generation to do it all over again.

When people say they want to return to the ‘good old days’, they only see the good then and the bad now. And that’s no way to live. That glorious past includes the fire bomb threats, and the ones that were carried out. It includes the ‘No Irish, No Blacks, No Dogs’ signs. It includes Alf Garnett, and it includes Enoch Powell.

It’s time for everyone who gives a shit about justice and equality, and I believe we still have the numbers, to get working. Because this is on us. We know better. We can do better. Let’s look forward, not back.