We now have 'beauty banks' for poor people's toiletries. We've got no dignity left. - Canary 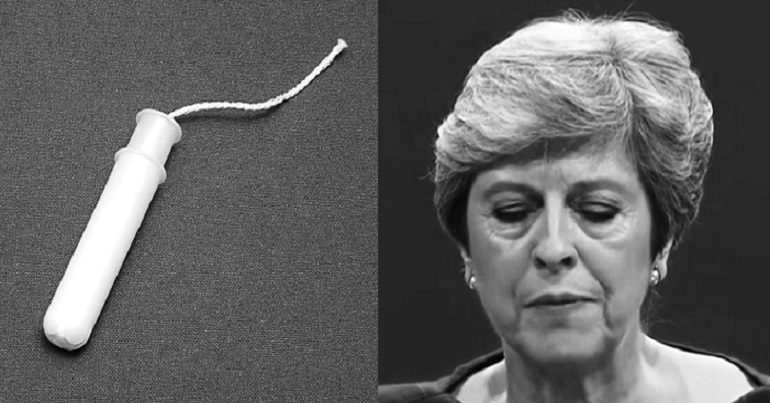 On 24 February, Sky News published an interview with the founder of Beauty Banks, the personal hygiene product equivalent of a food bank. And the fact that these are now a ‘thing’ in the UK shows that the Conservatives’ systematic attacks on the poorest people in society have reached their end game: stripping us of our most basic dignity.

Journalist Sali Hughes founded Beauty Banks together with PR Jo Jones, after learning of the extent of hygiene poverty in the UK.

When you go to the supermarket, have you ever had to consider whether you can afford a box of tampons? Or had to choose between buying toothpaste or food?

We have sunk so low as a society that Beauty Banks are collecting unwanted toiletries and sending them out to food bank networks like the Trussell Trust. We are now that fucked in Tory Britain.

And this is without taking into account clothing poverty. It’s often forgotten amid the furore over food banks that ‘clothes banks’ have been running since at least 2014. I’ve known people who’ve spent a whole winter with plastic bags in their fake, hole-filled boots because they couldn’t afford new, waterproof shoes. And with forecasters saying we’re braced for a severe cold snap, how many nurses using food banks won’t have a warm coat to wear to work?

Don’t get me wrong. I think what Hughes and Jones are doing is commendable. Because the issue of period poverty is perhaps one of the most disgraceful of our time. Not only is it blatantly misogynistic – it’s also something that is often dismissed by the right wing as nonsense that doesn’t exist.

It does fucking exist. Several years ago, my girlfriend had to keep going into McDonald’s to line herself with napkins. It was because she couldn’t afford sanitary towels. And we’ve both witnessed people shoplifting tampons. That is the reality of Tory Britain.

The loss of dignity: a psychological weapon.

Not being able to maintain your personal hygiene is one of the most degrading things in life. But it’s also a psychological weapon. As Dawn Foster, discussing a study by Oxford University and the Joseph Rowntree Foundation, wrote in The Guardian:

When facing poverty… individuals enter a ‘scarcity mindset’… They are less confident in their ability to succeed, leading to decreased professional and educational attainment, depression and anxiety…

People in long-term poverty absorbed the prevalent media stereotypes of people on benefits… Believing themselves to be fundamentally flawed, any achievement is tempered by a lack of confidence and subconscious self-loathing.

I experienced that claiming benefits for the first time in 2008. Going in, looking pretty dishevelled, it felt like the eyes of the job centre employees were judging me; looking down on me and belittling me in their heads. And eventually, you end up behaving like you think the system expects you to. You don’t care about your appearance. You’re angry, and you feel the lowest of the low. Because it feels like the system wants us to be worn down as it suits the agenda.

I remember screaming down the phone to the Department for Work and Pensions because it had left me and my partner with no money. I remember the shame of having to tell them we had run out of everything. And by everything, I mean even toilet paper. All we had left, in theory and sickeningly ironically, were the brown envelopes they had sent us. The DWP had taken our last shred of dignity away.

We are now seeing the end game of decades of what looks like a creeping attempt at modern-day eugenics.

If ‘we’ on the fringes of society are deprived of housing, education, health care, the right to bear children, clothing, places to meet each other and feel part of society, and food – then we’ve lost the physical battle against this system. Deprive us of our dignity and self-respect, and the psychological battle has gone, too. And this, in some respects, is more damaging.

But I genuinely hope that the war can still be won.