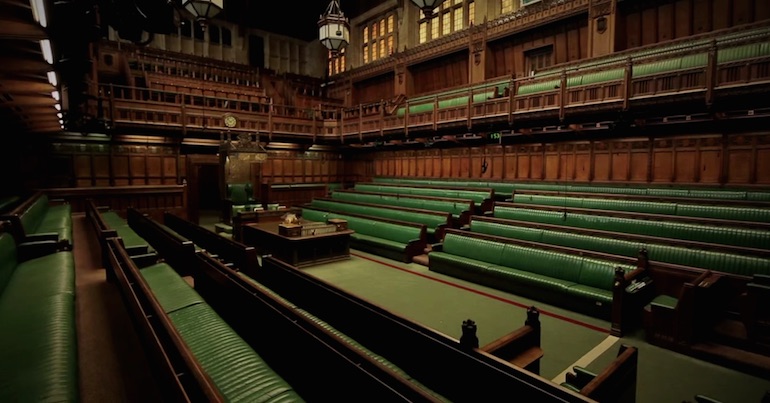 Irish prime minister Leo Varadkar recently called on Sinn Féin to end its policy of abstaining at Westminster in order to help defeat the hard Brexit government. But the party is unlikely to respond well to such a plea.

The Irish prime minister’s intervention comes on the back of Labour leader Jeremy Corbyn’s recent speech in which he announced his intention to keep the UK in the customs union after Brexit. A hard border would see checkpoints and most likely a police presence along the Northern Ireland and Republic of Ireland divide. Remaining in the customs union would ensure a soft border, meaning that there would be no border checks.

It is often the case, historically, that Irish MPs elected in the House of Commons find that their votes don’t matter but if you look back historically there actually were periods when they held the balance of power and were really able to make things better for Ireland. I would hope that those who could cast their votes will bear that in mind.

The Conservative Party, propped up by the DUP, can usually count on 326 votes in the Commons: a working majority of 13. If Sinn Féin’s seven seats (temporarily down to six) were added to the other opposition seats, the government’s majority would be slashed to just six. In that case, it would take just a handful of Conservative rebels to scupper May’s plans. Sinn Féin could therefore hold the key to stopping the government passing legislation that would enforce a hard Brexit.

Despite massive pressure from both Ireland and Britain, from politicians and the media, Sinn Féin has dismissed the idea. Irish parties Fianna Fáil and Labour agreed with Varadkar that Sinn Féin should take their Westminster seats.

This is not even a topic of discussion within the party. We are an abstentionist party, and we are mandated to abstain from Westminster by the people who vote for us.

More than meets the eye

Really, the idea that Sinn Féin would take its seats at Westminster is fanciful. The party’s longstanding priority is to unite Ireland as a republic. A soft Brexit, with no hard border, would merely entrench the status quo. A hard border, on the other hand, would bring economic problems for both the Republic and the north.

Sinn Féin may see the latter as a necessary evil in order to bring a united Ireland closer. With disenchantment over the repercussions of a hard border for both north and south, the natural solution would be to hold a referendum on uniting Ireland to remove the hard border. Apart from this, Sinn Féin is left-wing and ideologically opposed to Leo Varadkar’s liberal-conservative party, Fine Gael. And listening to a neoliberal leader tell them what to do can’t have gone down well at Sinn Féin HQ.