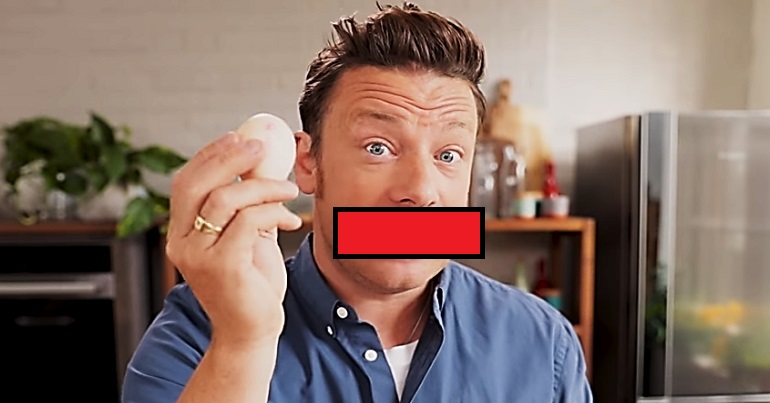 Praise be to the god of celebrity chefs! Jamie Oliver is back with more of his lukewarm advice – all served up on a bed of condescension, with a garnish of ‘hasn’t-got-a-fucking-clue’. He’s talking childhood obesity, again. And his words show he simply doesn’t understand the topic he’s freeloading off.

Oliver has made a name for himself by trying to tackle childhood obesity. From his school dinners project to the sugar tax, he’s been there, done that, and got the Ralph Lauren T-shirt. He’s now done an interview [paywall] with The Times about a report [pdf] from the Guy’s and St Thomas’ Charity on tackling childhood obesity.

Yup. Us poor people are seemingly a different species.

In the report [pdf, p38], he recommends five things to try and tackle childhood obesity:

Sorry. Would you excuse that large pair of mammals in the corner? Because they’re the two elephants in Oliver’s room that he’s missing.

Firstly, if employers paid a real living wage, if social security was set at a decent level, if we eradicated ‘time poverty‘, if we stopped the march of globalisation and moved to a sustainable, communitarian model of food production, and if stock markets stopped viewing food as a commodity to bet on (or if stock markets were abolished altogether), then maybe we wouldn’t have an obesity epidemic.

But waking up from my dream, the first three points are currently the most realistic. So maybe Oliver could push for them to try and eliminate poverty in the first place – giving us poor people the same choices as his middle classes.

There is a second elephant in Oliver’s room, though, and it’s the one he doesn’t understand at all. And that’s the psychology of poverty.

A little bit of sugar in your tea

It’s no coincidence that, along with obesity, rates of smoking [pdf, p8], sugary drink intake [pdf, p134], and binge drinking have all been historically higher among the poorest people in society. Oliver and policy-makers think these things are a sickness of the poor, when in fact they are a symptom of the underlying illness – a society where poor people are systemically abused and run into the ground.

As George Orwell said more than 80 years ago in The Road To Wigan Pier:

The ordinary human being would sooner starve than live on brown bread and raw carrots… When you are unemployed, which is to say when you are underfed, harassed, bored, and miserable, you don’t want to eat dull wholesome food. You want something a little bit ‘tasty’.

And as ethnographer Lisa McKenzie discussed in her book Getting By in 2015:

Mind your own business, Oliver

Us poor people aren’t stupid, Jamie – however much you consciously or unconsciously think or imply that. We do what we need to do to make living in this hellhole of corrupt, crony capitalism a bit more bearable. So unless you’re going to join the revolution to help banish the entire system to the dustbin of history, comrade, stop lecturing us and leave tackling the effects of poverty to people who understand it: we who have actually lived it.