Is 'mindfulness' nonsense or does it actually work? I tried it out for myself. - Canary 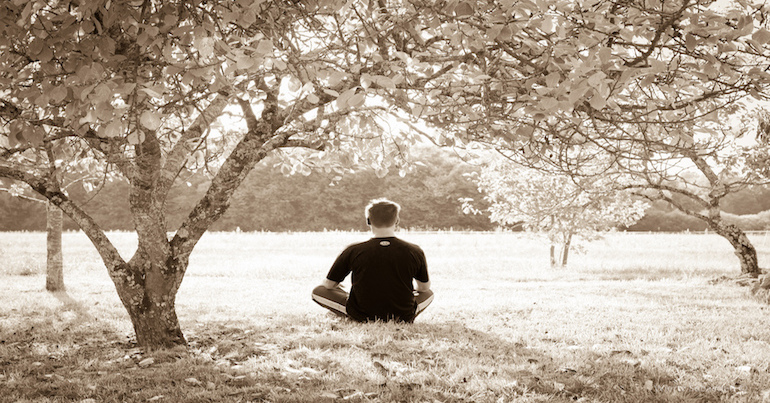 In this day and age it feels like there’s a new health trend every week. Remember when we were told, ‘Don’t eat fat and you’ll lose weight’? Fast forward a decade or so and it became ‘No, eat fat, just the good kind.’

More recently, we’ve had the raw diet, so-called “detox” diets, yoga, pilates, high intensity interval training, and a lot of other health and fitness trends that weren’t so popular ten years ago. So knowing what is actually beneficial and what is total codswallop can be a challenge.

‘Mindfulness’ is one such health trend that might induce eye rolls from people who see it as a ‘fad’ or just plain old nonsense. But is it? Or does it actually work?

The rise of mindfulness

Based on 47 meditation studies, John Hopkins University in Baltimore found that:

And mindfulness is now seemingly everywhere. Courses of it are prescribed through the NHS to some patients with depression. The corporate world has embraced [paywall] it to calm the stressed minds of workers. It’s even being rolled out in schools, with more than 5,000 UK teachers now trained to teach it.

My own preference is to call it ‘meditation’. And Jon Kabat-Zinn, pioneer of modern mindfulness, says that it is indeed “a form of meditation.” I view the term ‘mindfulness’ as just a new name that’s used to shake off the practice’s links with Buddhism and the negative perception that this could produce in historically Christian countries.

I’d also guess that, like me, you’ve heard someone somewhere dismiss it or yoga as ‘some weird Buddhist nonsense’ or something similar. But Kabat-Zinn says that “to insist mindfulness meditation is Buddhist is like saying gravity is English because it was identified by Sir Isaac Newton.”

Being ‘mindful’. Or at least, trying.

My first reaction to mindfulness was of almost total skepticism. That skepticism was, however, tempered by a glimmer of curiosity. I’d seen fads come and go and I thought this was just another. But then I read about the supposed benefits and, though I tend to be skeptical, generally I’m willing to give things a go. So, I downloaded a meditation app. ‘What have I got to lose?’, I thought.

To be mindful is to be aware, Kabat-Zinn says. It is to be acutely aware of the here and now, of your sensory perception, of your breathing and of the sounds around you. It’s an awareness of the feel of the chair you are sitting on or the floor’s touch on the soles of your feet and of the quiet.

I found it hard in the beginning. It was hard to concentrate, hard to stop thinking of anything else. It’s difficult to just sit down in silence instead of always doing something. It really is incredible how quickly the mind darts from thought to thought when you pay attention to it. But as I progressed, this difficulty dissipated.

I realised just how much our senses pick up, even though we go around completely unaware of most of them. I learnt that I felt better when I focused on ‘controlled breathing’ in particular. I later learned from scientific studies that, whether through mindfulness or not, controlled breathing results in a slew of health-boosting benefits so it made sense.

So does mindfulness work?

While it has exploded in popularity, some people have reported negative effects of mindfulness. One study linked it to depression or anxiety in some practitioners. But, based on my own admittedly limited experiences, mindfulness does work.

I think, however, that the definition of success must broaden beyond the narrow prism of whether or not it makes you less stressed and more calm. It can be a powerful medium if harnessed correctly and practised consistently. It may even help with depression and with kicking bad habits. But, like anything that must be done on a consistent basis, it takes discipline and patience to see positive results.

– Join us, and help make change for the better possible.