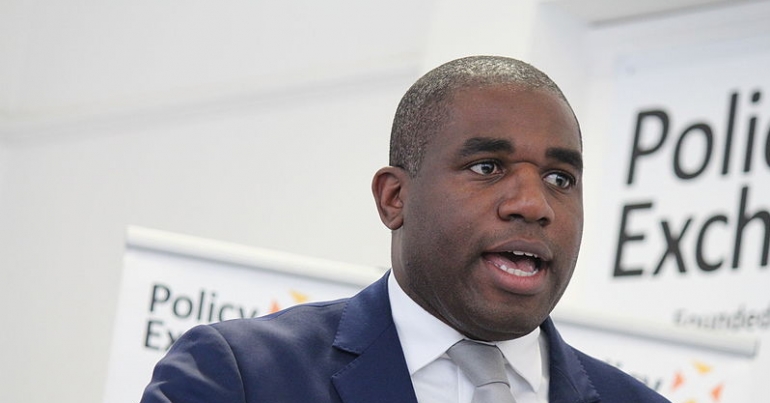 David Lammy, Labour MP for Tottenham, appeared on BBC Radio 4 Today and criticised the current government’s failure to tackle drug-related violent crime. However, to really improve the situation, Lammy might want to consider the benefits of legalising and regulating cocaine. This is an effective way to crack down on organised crime.

The £11bn drug market is fueling the turf wars and violent crime on our streets. I’m still waiting for a phone call from the Home Secretary and for any leadership on how we’re going to crack down on organised crime.pic.twitter.com/s2xDiVzXL7

Lammy points out the worrying trend of the UK’s illegal cocaine market:

What drives the gangs and the turf wars is an £11bn cocaine drugs market. We are the drugs market of Europe, and I think the police and our country has lost control of that drugs market. And I’m hearing nothing about what we’re going to do about that rising drugs market. Drugs are prolific. It’s like Deliveroo you know? They’re as prolific as ordering a pizza. You can get them on Snapchat, Whatsapp. That in the end is driving the turf war and it’s driving the culture of violence.

And he’s right to go after the government for not doing anything about it. But what is Lammy suggesting as an alternative? Reversing Tory austerity measures and increasing the funding and presence of police might make a difference. But it won’t fix the problem. As many Twitter users argue, changing drug policy – rather than chasing criminals – is a more effective solution.

Mate, the only way you'll stop these turf wars is by legalisation and regulation of recreational drugs. Fighting drug dealers is a waste of time and tax payer's money.

Why not legalise the drugs and then control / tax them, not promote a system that puts the drugs in the hands of criminals.

Prohibition was in the 1920's will it take politicians 100+ years to learn the lessons of the past?

Legalise and regulate the sale of drugs, use the proceeds and money saved on law enforcement, court time, probation and prisons to fund treatment for addiction and give the rest for community policing?

All of the problems that Lammy refers to – lack of control of the drugs market, turf wars, easy accessibility of drugs – have to do with prohibition.

How should we regulate a legal cocaine market?

At face value, the idea of legalising cocaine may seem irresponsible. But it’s the only way to regulate the drug properly and stop the killings and violence associated with it. Regulation will also make the drug safer. Jhon Jairo Velásquez Vásquez, the former top hitman of infamous drug lord Pablo Escobar, called on Theresa May to make pure, clean cocaine available in small doses at pharmacies. One Twitter user says this kind of system is the future:

Simple. Legalise them, regulate them, sell them at chemists, introduce a points system with a weekly allowance, must be purchased with ID. Creates jobs, boosts economy, no purpose for drug gangs, no money spent 'cracking down' and everyone is safer. This is the future.

As The Canary previously reported, one of the dangers of cocaine relates to the fact that it’s unregulated and cut with adulterants. However, as Prof David Nutt emphasises, pure cocaine carries a higher risk of cardiac issues and overdose. Rather than adulterants, he says “cocaine dosing is the main issue here”. A regulated trade through pharmacies could control both purity and dosage, making the drug much safer.

Realistically, the demand for the drug is not going to disappear. So the responsible thing to do is to take this cocaine out of the hands of the criminal gangs which are at war with each other in order to profit from it. We don’t have to argue for people’s right to use drugs (although that is a valid position). We can make the case for legalisation purely on the basis of harm reduction.