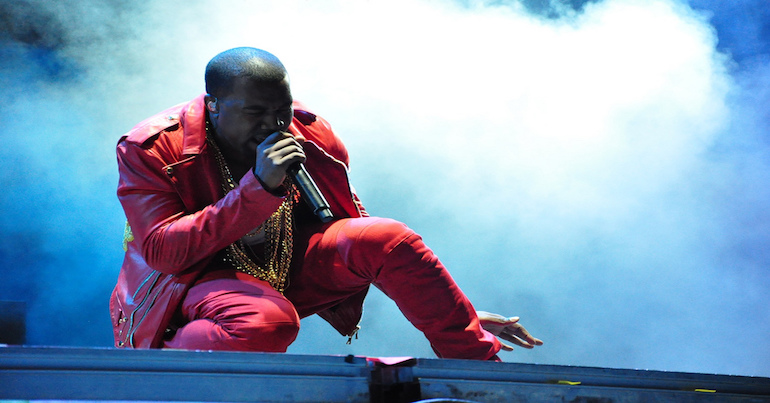 Rapper Kanye West crossed a line this week that outraged many. But frankly, it didn’t outrage enough.

When you hear about slavery for 400 years… 400 years? That sounds like a choice.

But while the media has generally shown how ignorant his views are, it hasn’t shown just how dangerous they really are.

Not only were Black people literally ‘owned‘ by white people, but they were often tortured, beaten, raped and murdered.

West also seems to think Black people could have risen up when they wanted to under slavery. He said that “the numbers were on our side” to do so, but enslaved people simply chose not to. What numbers? What is this guy talking about? Even if we were to entertain West’s stupefyingly simple viewpoint, Black people were massively outnumbered by the white population. And white people had the rule of law, the government, and therefore the police and the armed forces, on their side.

Maybe West thought they could just jump onto Twitter and start a hashtag, or all get together via a video call after a 14-hour day of manual labour when their owners weren’t looking.

The reality is that revolts did happen, and they were mercilessly crushed by the white enslavers, and of course, state brute force.

West’s view essentially explains away inhumane treatment. And this is why we should all be outraged. Because right-wing politicians use these views to their advantage, and to sow injustice.

And the UK is no exception. It is people who think, or at least speak, like West who defend the British Empire as a force for good – when in reality it was murderous and brutal. Or people like Turkey’s tyrant president Recep Tayyip Erdoğan, who continually denies the Armenian genocide, which saw Turkish-led Ottoman forces murder millions of Armenians. Or the Conservative councillor who blamed Grenfell victims for the atrocity.

And of course, how the UK right-wing press has vilified people like filmmaker Ken Loach for daring to tell the ugly truth about the British Empire.

While it is a grotesque thing to say – up there with holocaust denial – there may well be some semblance of an explanation behind West’s views (beyond him morphing into a moron, as many are understandably calling him).

The richer people become, the less empathetic they tend to be. This is empirically proven as human nature. This is what I think has almost certainly happened to West.

It also goes a long way to explaining his latest episode of Kanye does verbal diarrhoea.

But, be that as it may, it in no way justifies it. Not even slightly.

As an Irish person with ancestors who lived through the Irish genocide (more commonly known as the Irish Potato Famine), which claimed one million lives, West’s comments struck a particular chord. Because, in framing it as a famine, the British Empire sought to remove itself from blame, and therefore aim to change what we understand about the past. Much like West this week.

Whether you believe West is a moron or not doesn’t matter. He has a platform that reaches millions upon millions of people. What people with enormous influence say matters. Because famous people influence non-famous people. There is a reason, after all, why companies shell out millions of pounds for celebrity endorsements.

While, quite rightly, Black America is outraged by West’s comments, we all should be. Because it is ignoramuses like West who undermine progress of all kinds, be it social, economic or political, and who help injustice to thrive. On top of this, West’s comments also matter to British people – because American slavery was born in Britain. And beyond that, the current British government essentially denies that poverty exists in the UK.

Whether it is West blaming Black people for their own suffering, despots like Turkey’s Erdoğan denying the murder of millions, or Conservative MPs denying that poverty in the UK exists, this type of view must be called out for what it is: a reprehensible, dangerous lie.