After the f*ck-up in Glasgow, Pride events need to go back to their roots - The Canary 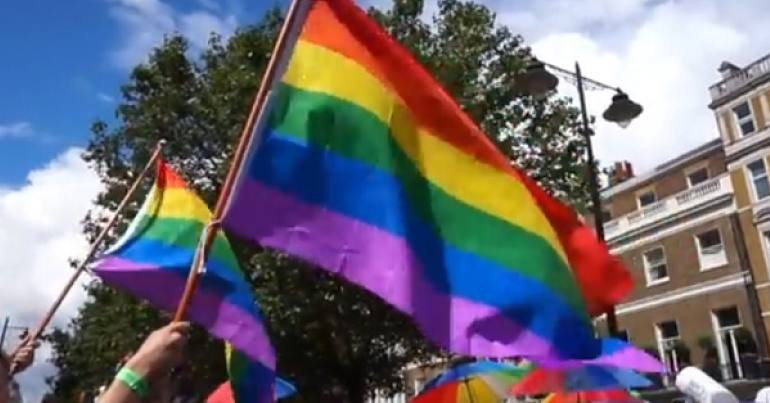 There were scenes of chaos at Pride Glasgow over the weekend of 14 and 15 July. Hundreds of ticket-holders were turned away because of suspected overselling for the festival. So I pose the question: have some Pride events become so commercially focused that they’re no longer about equality or inclusivity?

Pride Glasgow responded to concerns on social media and apologised “unreservedly” for the issues which hundreds experienced:

The interest in Pride Glagsow today has far exceeded our expectations, our parade had over 12,000 march, the largest number in our history.

Glasgow Pride apologises unreservedly to those people who purchased… https://t.co/tlnxGSxMfy

Pride Glasgow’s ticket prices were £45, which included the Steps after-party and entry to the festival for the weekend. This price isn’t particularly accessible for everyone wishing to take part in all Pride Glasgow had to offer. I feel some Pride events should revert back to what they once were. They should always be a resistance movement against LGBTIQ+ oppression here and abroad. Pride should promote inclusion and diversity for absolutely everyone.

Pride needs to go back to its roots

Lark in the Park could be seen as the start of Pride-style events in Scotland. It took place at the Ross Pavilion in Princes Street Gardens, Edinburgh, on the 28 May 1988. Lark in the Park was the largest ever LGBTIQ+ event in Scotland at that time. The Scottish Homosexual Action Group spearheaded the event to protest ‘Section 28’ becoming law. This “controversial” amendment to the Local Government Act 1988 prevented the “promotion of homosexuality” in UK local government buildings.

Speakers such as Ian McKellen and trans magician Fay Presto kept solidarity and resistance at the heart of the event. The first official Pride March to take place in Scotland was in Edinburgh in 1995. Reportedly around 3,000 LGBTIQ+ people marched along Edinburgh’s Princes Street and up The Mound. The Living Memory Association interviewed Doogie Hothersall, one of the organisers of Pride Scotland 1995, and he said:

if somebody is appearing [at Pride], a mainstream popular act, it tilts the festival against what you’re trying to do.

This is what Pride event organisers should be taking into consideration when organising contemporary events. The Pride March should be the ‘main event’ of the celebrations. The after-party should be affordable and accessible to the average punter, with admission by donations or a nominal fee. I acknowledge the importance of balancing the books, but reducing expensive outgoings could significantly reduce the cost of the event. Not having a mainstream pop star could be a start. The use of suggested donations or a small fee could be worked out to cover costs for the event.

Pride as a mainstream festival

It’s important to say that not all Pride events in Scotland follow the business model adopted by Pride Glasgow. The Pride events held in Edinburgh and newer events in Aberdeenshire require a ticket but these are allocated by registration with no fee. Using this system ensures events don’t become overcrowded. But some ‘destination’ Pride events such as Brighton, which has Britney Spears headlining this year, seem to follow the mainstream festival approach similar to that of Pride Glasgow. These Pride events are forever trying to outstretch their attendance capacity. They also prioritise the prestige of their performers. I feel this dilutes what Pride should represent.

Pride Glasgow’s suspected overselling of the event and logistical issues undermined any attempts at inclusion. Festival goers had to convert e-tickets to wristbands on arrival, causing disappointment and leaving ticket holders “furious“. This meant that people wishing to take part in the celebration of inclusiveness couldn’t get in. Pride Glasgow has still not yet confirmed the official reason why these issues arose.

Pride Glasgow was excluding people, which is counter to Hothersall’s message that events should be welcoming and inviting.

What pride events need to focus on

Pride events should be focusing on LGBTIQ+ issues here in the UK and overseas, not pushing tickets for Britney Spears or Steps. They could start with raising awareness and promoting an inclusive society, in particular for trans people who experience higher rates of suicidal thoughts – 84% according to Stonewall. Highlighting the unfair policies of the Trump administration, with its ban on trans people in the US military, could be a priority. These high profile events could also educate attendees about the persecution of LGBTIQ+ people across the Commonwealth which the UK Government simply ‘appeases‘.

Scotland is a progressive country in relation to LGBTIQ+ issues and ranks as the “fairest nation” in Europe for LQBTIQ+ legal equality. But there is much more that can be done. Scotland’s first minister has apologised for the unfair convictions of men prosecuted for homosexuality before legalisation. Sturgeon was also the first ever serving prime minister or first minister in the UK to lead a Pride march to date. However, Pride events should be civic carnivals where everyone can access all areas.

With this in mind, let’s all hope Pride events get back to their roots. Let’s hope all Pride events are welcoming to everyone from our communities. These mass protests and celebrations should certainly never be based on anyone’s ability to pay.