As the planet burns, the BBC is ignoring the scorching hot elephant in the room - The Canary 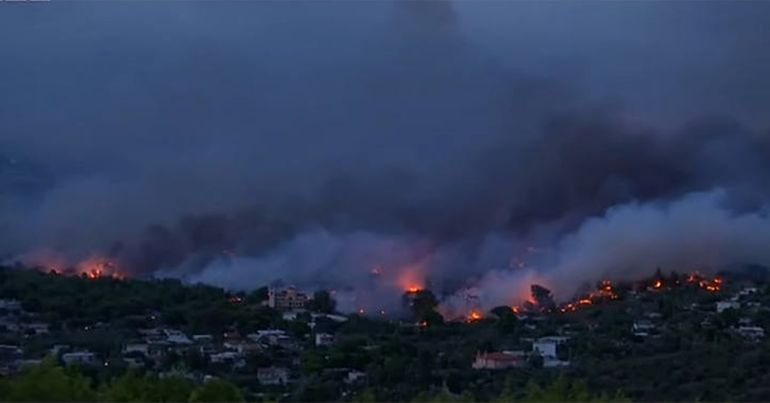 The BBC is reporting some pretty apocalyptic weather today. On the front page of its website, there are four major weather-related events.

There’s the collapse of a dam in Laos after “continuous rainstorms”. Hundreds of people are missing and thousands are homeless. In Greece, a massive wildfire has engulfed a resort village, killing at least 60 people. In Japan, at least 65 people have died from the heat in the last week alone. And in the UK, the heatwave continues, with some places having had no significant rain for 54 days.

What’s the connection between these extreme weather events? The Intergovernmental Panel on Climate Change has this to say [pdf,p41] about extreme weather:

While specific, local outcomes of climate change are uncertain, recent assessments project alteration in the frequency, intensity, spatial extent, or duration of weather and climate extremes, including climate and hydrometeorological events such as heat waves, heavy precipitation events, drought, and tropical cyclones.

There is a clear pattern of increasing numbers of severe weather events over recent years, with many of these events attributable to human influence – that is, climate change.

And yet, to read the reports on the BBC, you might think that all these events are just an unfortunate coincidence. Not one of the four reports on extreme weather events around the world mentions climate change. 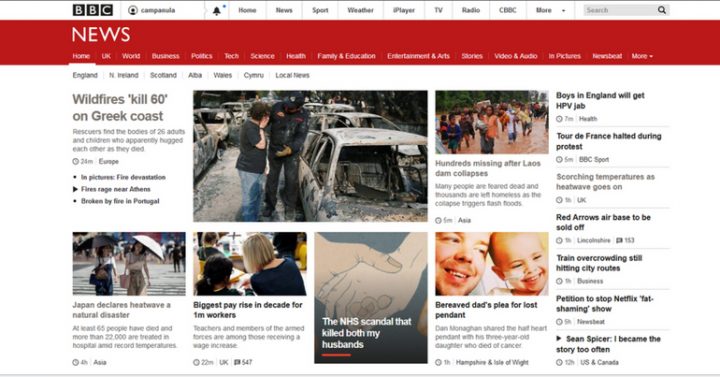 The BBC has a pretty poor history when it comes to informing people about climate change. In August 2017, it invited notorious climate change denier Nigel Lawson to give his views on climate change in response to an interview with former US vice-president and climate campaigner Al Gore. Presumably, the BBC felt that Gore’s interview needed ‘balancing’ by Lawson’s – despite the fact that 97% of climate scientists agree that the earth’s climate is warming.

The BBC was slammed for giving Lawson’s views credibility. And in April 2018, communications regulator Ofcom ruled that the BBC had been wrong not to challenge Lawson on his claims.

Maybe that experience has led the BBC to believe that the safer path when it comes to climate change is that of omission. Don’t talk about climate change. Don’t mention the bloody great burning elephant in the room.

Climate change is the biggest threat humanity faces. The Paris Agreement came into force in 2016 and has the support of 179 countries (the US has since said it is going to pull out). The signatories agreed to take action to limit the global temperature rise to 2C, but ideally to no more than 1.5C.

The way we’re going, however, even the 2C limit is starting to look like fantasy. According to Friends of the Earth:

Even if all parties met their current levels of ambition – which they clearly don’t have to – it would still add up to over 3° of warming. That’s catastrophic climate change.

Three degrees would leave many cities underwater and lead to more droughts and hurricanes. Hundreds of millions of people would face disastrous flooding. Others face suffering catastrophic droughts, losing their homes to hurricanes, dying in heatwaves, or burning up in wildfires.

This is not fantasy. This is happening now, and we’re doing very little to stop it. I’m terrified for my child’s future and for the future of children in parts of the world without the resources to cope with what’s coming. Future generations will look back from the nightmare we’ve plunged them into, and ask why we didn’t act before it was too late. And perhaps people will ask the BBC why it wasn’t shouting from the rooftops about climate change.

– Read more from The Canary on climate change.