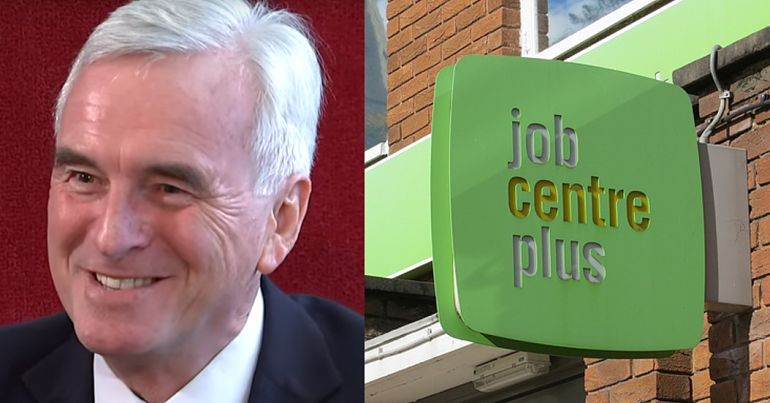 Shadow chancellor John McDonnell has revealed that Labour is considering piloting the radical policy of universal basic income (UBI) if elected into government.

If utilised correctly, it has the potential to revolutionise the Department for Work and Pensions (DWP).

What is a basic income?

In UBI’s purest form, the state pays an unconditional wage to all its citizens. Everyone from Prince William to a rough sleeper would receive the same amount on the same date every month.

It’s not a new idea. Its roots can be traced back as far as 1516. However, it’s gathering traction as the perfect remedy for society’s ailments.

Chief among these is the meteoric increase of insecure employment. The GMB union estimates that close to a third of Britain’s workforce are not in secure employment. And these numbers are expected to get worse. A 2017 BBC report concluded that 35% of British jobs are at risk of being replaced by machines.

Research by the Citizens Advice network found that 83% of people in insecure work had debt issues, while 87% had experienced issues “with in-work benefits”. Therefore, it’s no wonder academic and author of Basic Income: And How We Can Make It Happen Guy Standing argues that this “chronic insecurity” can only be overcome by the consistency of a basic income.

Benefits meant exclusively for the poor often end up being poor benefits.

In the UK, this is certainly true. The DWP aggressively guards means-tested benefits with a series of conditions. This emanates from the old ‘no one should have something for nothing’ culture. Benefit claimants must prove they are worthy of very meagre amounts of money by demonstrating compliant behavioural patterns such as looking for work.

Some argue this is an effective way of easing people into employment. But a recent report by the WelCond project concluded:

Welfare conditionality within the social security system is largely ineffective and in some cases pushes people into poverty and crime.

The conditions placed on welfare also serve another purpose. They’re a behavioural tool that serves to shield the status quo. Concentrating on what an individual is or isn’t doing makes their situation all about them. It puts forward the hypothesis that if someone were to just tweak their behaviour they could alleviate their poverty. But this ignores the systemic forces working against them, such as an insecure labour market or high house prices.

This process of ‘earning’ benefits is all geared around what I call the ‘good citizen ideal’. The archetypal ‘good citizen’ is a home-owner in a steady job who makes a pilgrimage to Ikea every few months. This person has the capital to thrive in a market-led economy. The state can come to their aid in emergencies, such as through healthcare, but in the main they are self-sufficient. Moulding people towards this ‘ideal’ allows the state to shrink back to the role of a distant parent. It will turn up in an emergency but most of the time you’re on your own.

But some people simply can’t live up to the characteristics of the ‘good citizen’. In response, the DWP punishes these people by sanctioning their benefits. A report by homelessness charity Crisis concluded:

There is a strong body of evidence that points to an increased risk of sanctions amongst ‘vulnerable’ groups and those with characteristics likely to present barriers to navigating the system.

These ‘vulnerable’ groups include people living with ill health, substance misuse and literacy issues, among many others. A recent study found that, rather than giving people the supposed kick up the arse needed to get back into work, sanctions actually worsen people’s situation, forcing some into “survival crime”.

The state hangs these people out to dry as an example of what happens if we stop conforming. It’s a method of social cohesion which wouldn’t be out of place in Game of Thrones.

Welfare as a right

UBI would revolutionise this tired and demeaning approach to welfare. Its unconditional nature would stop welfare being a tool to influence behaviour, re-encapsulating it as a right. And the fact that everyone receives it would go a long way to reversing the stigmatisation of benefit claimants that’s infected our society.

Its detractors argue that it’s another example of socialist utopian thinking and that we can barely afford the current welfare budget, let alone a universal income. But this is not necessarily true. The DWP is currently spending hundreds of millions a year on private contracts to assess benefit applications. This would be completely unnecessary under UBI. And multiple studies have shown that giving people a basic income increases productivity, reduces crime, and increases children’s performance in school.

I think most social policies fit neatly into two categories. They are either ‘affirmative’ – in that they seek to bring about change within the current parameters, or they seek to transform the parameters. For example, if Labour stated that it was planning to increase the amount claimants receive through Universal Credit, this would be welcomed, but it would also affirm the conditional welfare system. UBI, however, is ‘transformatory’. It would rip the rule book up and start again, revolutionising the way we think about welfare.

In a time when politics seems to have become dominated by endless personal attacks, it’s refreshing that Labour is pinning its flag to such a radical, and above all necessary, policy.