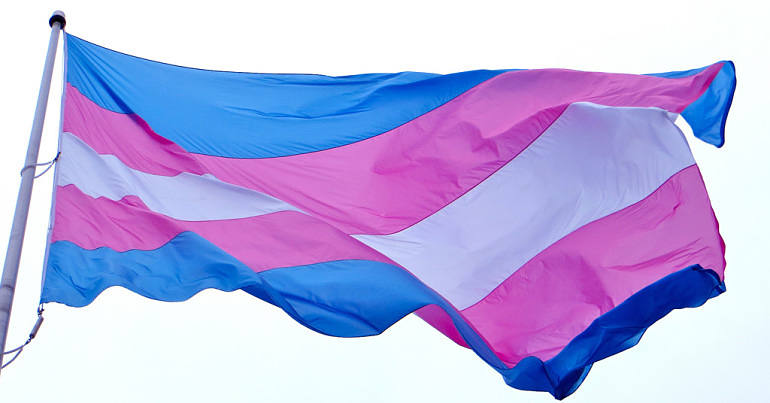 The tabloid newspapers have done it again. Both the Scottish Sun and the Scotsman have run a story on the new policy rollout from Scottish government executive agency Education Scotland. The agency wishes to promote gender fluidity in primary schools and in turn challenge gender stereotypes.

The Scottish Sun introduced this positive policy move with a panicked headline:

GENDER ISSUE: Scottish schoolkids to be taught to ‘choose their own gender’ in class from new teaching materials created by Education Scotland

It’s language like this that can instil confusion, hate and mass panic amongst parents and the public about trans issues.

Since the repeal of Section 28 [pdf] in Scotland in 2000, some campaigners felt that LGBTIQ+ issues were still being overlooked in the Scottish education system.

Since 2015, the Time for Inclusive Education (TIE) campaign has been working alongside the Scottish government and Education Scotland. It exists simply “to combat homophobia, biphobia and transphobia with inclusive education”. Scotland’s first minister Nicola Sturgeon has endorsed the campaign and it has cross-party support. The campaign’s founders sit alongside other LGBTIQ+ campaigners on the Scottish government’s LGBTI Inclusive Education Working Group. It aims to improve [pdf] the education of LGBTIQ+ young people by helping to ensure “children and young people gain knowledge appropriate to their age and stage of education”.

Reported in the Scottish Sun, a Scottish government spokesperson said:

We want all of our children and young people to build positive relationships as they grow older which is why relationships, sexual health and parenthood (RSHP) education is an integral part of the health and wellbeing area of the curriculum in Scotland. It’s for schools to decide how they deliver RSHP education, based on the needs of the children or young people in their classroom.

What do the critics say?

Education Scotland’s policy has prompted concern from some political opponents and professionals. The teaching resources were commissioned by Greater Glasgow and Clyde NHS on behalf of agencies who said:

This new resource, while still in its early stages, will cover issues that young people themselves have told us are important to them such as consent, healthy relationships, emotions and feelings as well as LGBTI issues

It’s right that we teach children about gender diversity and the meaning of these terms. However, many parents might feel this is too young for their children to learn about it

For most kids, this isn’t a concern at this age. Playing with toys and who sits beside them at lunch is what they care about.

At ages five to eight, things are black and white. Many don’t have the cognitive skills to understand this.

The Scotsman reports that the Christian Institute has threatened legal action against the Scottish government. This is because current guidelines don’t require teachers to discuss with parents if a child has expressed a wish to change gender.

Mental health and the trans community

Estimates suggest around 1% of the UK’s population is “gender nonconforming to some degree”, but Stonewall revealed in 2015 that 89% [pdf] of young trans people had thought about suicide. It also identified that 72% [pdf] had self-harmed at least once. These figures are staggering and are significantly higher [pdf] than for people who don’t identify as LGBTIQ+. However, adopting an inclusive approach to education at an early age could nurture feelings of acceptance and belonging.

It’s also not only just LGBTIQ+ individuals that benefit from challenging gender stereotypes. It can benefit industry and society more generally. In June 2018, the Scottish government launched the campaign to improve gender balance across Scotland. This attempts to tackle specifically the under-represented groups in science, technology, engineering and mathematics (STEM) careers.

Challenges around gender imbalance are reflective of wider societal issues evident in education and the workplace. The pilot shows that teachers are keen to address the issue of gender balance in schools and that has made a difference to the way young people consider their learning and career pathways

Gender stereotypes and lack of understanding around trans issues can have a detrimental impact on those individuals and for society as a whole. Governments should champion inclusive education. Moreover, children should have the flexibility and support to be themselves. Similarly, traditional role-based stereotypes have been imposed on children for centuries and should be consigned to the history books.

This policy from Education Scotland, and the work of groups like the TIE campaign, can combat gender stereotypes and promote inclusion. It is also our responsibility to challenge media outlets when they choose to try and instil division. We need to support trans people and the tabloid press should be less reckless in reporting policies designed to help them.

– Support the TIE Campaign raise awareness of the importance of LGBTIQ+ inclusive education.