Lowest levels of unemployment since 1975, but here is the reality for working people in Tory Britain - Canary 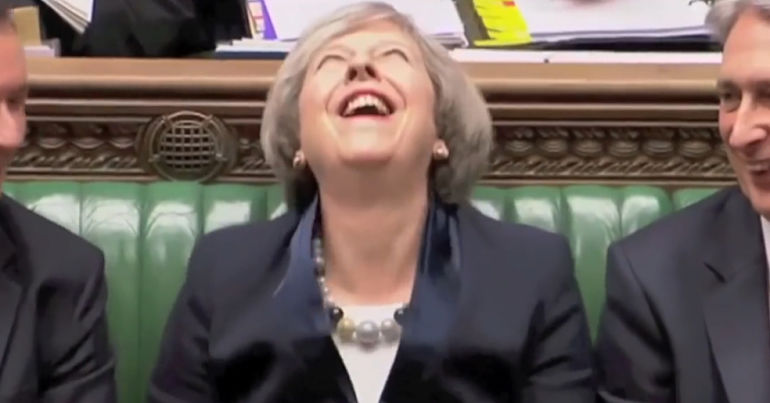 On 20 August, the BBC reported that the National Living Wage (NLW) did not provide enough financial security for working families.

The Child Poverty Action Group (CPAG) conducted the research and claimed working parents earning the NLW couldn’t provide “a basic, no-frills lifestyle”. The NLW is currently £7.83 for employees over the age of 25. But a couple working on NLW with two children are £49 short per week. Moreover, the NLW leaves a single parent £74 short of the income needed to provide for a child.

The employment rate is at a near-record high and the National Living Wage has delivered the highest pay increase for the lowest paid in 20 years, worth £2,000 extra per year for a full-time worker.

However, the CPAG claimed that wage rises were “clawed back” by the “freezing of tax credits” as well as rising prices and benefit cuts.

The CPAG needs more convincing from the UK government, it seems. The reality for working people in the UK is not something for the Conservative government to be proud of.

But, but unemployment rates are low!

The Tories like to distract with glossy headline assertions about how good life is in Britain. Most noteworthy, on how ‘great’ employment figures are.

On Facebook, the Conservatives released a video asserting that “unemployment is at its lowest since 1975”. Sounds great, huh!?

But for working families, the reality of working in Tory Britain is visible if you scratch the surface. The NLW is locking working families into poverty, but so is the rise in zero-hours contracts.

As reported by People Management, zero-hours contracts don’t guarantee a set number of hours work offered to an employee. The charity Gingerbread says it is young people, women and single parents that are most likely to be on these often exploitative contracts and they face real financial insecurity. Zero-hours contracts are most common in administration and hospitality jobs; sectors that are dominated by women and young people in junior roles.

An employee on a zero-hours contract may be doing hardly any work but is still registered as employed on government statistics. So yes, people have jobs but these are often low-quality jobs that don’t lift families out of poverty. For the working population of the UK, underemployment and poverty pay are rife but the problem is masked by low unemployment figures.

How to stand up for what is right

Join a trade union. It’s as simple as that.

Trade unions exist in most sectors, but membership has declined significantly in the past 40 years. Successive Tory and New Labour governments ‘dismantled‘ trade union power through legislation. These governments also ‘lacked enthusiasm‘ for collective bargaining and the trade union movement.

This resulted in a steady decline in membership. However, trade unions saw an increased membership in 2017 and are adopting innovative methods to apply pressure on employers. Pressure group Better Than Zero uses social media to raise awareness of exploitation and bring employment relations disputes into the public domain.

Action like this both damages the employer’s image and undermines its corporate culture. In 2015, the management of restaurant chain Las Iguanas folded under pressure to adopt a fairer tipping policy after direct action from Better Than Zero. We should all be supportive of these campaigns and be vocal to businesses that adopt exploitative practices.

Collectivism to fight back

The Tories are no friends of the working family nor of the ‘just about managing’. Trade unions have faced attack after attack from Conservative and New Labour governments, and the onus is on us to use collectivism to fight back. The increase in zero-hours contracts and poverty pay are unacceptable, and it’s for everyone to oppose the degradation of work and pay in the UK.

– Support the Better Than Zero campaign.

– Research and join a trade union.