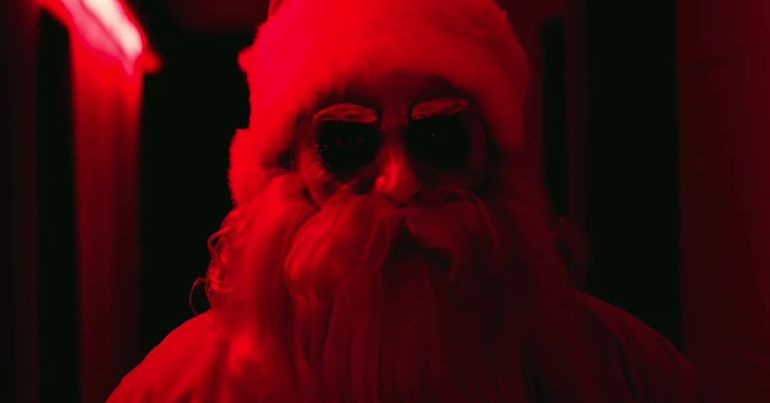 One traditional staple in many non-vegan British households at Christmas is a tin of Roses. But this year, people should really opt for something else. Because a new report from Greenpeace claims that Mondelez, which makes Cadbury chocolates, was complicit in the destruction of 70,000 hectares of rainforest between 2015 and 2017.

The decimation of rainforests in Indonesia and elsewhere is happening to make way for palm-oil production. And the 70,000 hectares razed to the ground for Mondelez’s palm oil included almost 25,000 hectares of habitat for our “closest relatives“, the orangutan. So these beautiful, intelligent creatures are literally dying so we can stuff chocolate in our mouths which we don’t even really want because we’re already full from gorging ourselves at Christmas dinner.

I don’t know about you, but that’s not the way I suspect we’ll bring joy to the world.

As Greenpeace notes, Mondelez and other members of the Consumer Goods Forum (CGF) committed in 2010 to “work towards zero deforestation by 2020”. But they’re not even close. In fact, the industry body effectively tasked with policing what is and isn’t sustainable palm oil, the Roundtable on Sustainable Palm Oil (RSPO), seems to be letting offenders off scot free.

The Greenpeace report reveals some alarming details about the industry. It claims one company, Bumitama, engaged in an “apparent laundering scheme” whereby it passed land allocated for palm-oil plantations between different ‘third parties’ to hide its involvement in illegal or unauthorised development of the areas. This company supplies palm oil to Wilmar International which, in turn, is a supplier for Mondelez.

The environmental group also says that, although Mondelez claims it has sourced responsible palm oil since 2013, that’s a ruse. Because the company uses the “weakest” certification RSPO has, known as ‘book-and-claim’ certificates. Greenpeace explains:

As Chris Packham says, the orangutan shares 97% of our DNA. They smile, giggle when tickled, and express empathy. They’re inquisitive and observant. They also give the best hugs.

But they’re now critically endangered – in large part because of palm oil. And the oil isn’t just added to chocolate. It’s in around 50% of packaged products, like food and toiletries. Greenpeace provides a list of brands which use palm oil, which is by no means exhaustive:

So as Greenpeace says, in the case of Mondelez’s Oreos, orangutans are literally “dying for a cookie”. And it’s not just orangutans that are suffering either. Sumatran elephant populations are declining at an alarming rate, and there are only 80 Sumatran rhinos left in the wild. Palm oil, along with logging, mining, and the poaching all these animals tragically face, is wiping them off the face of the Earth.

Mondelez claims it’s “committed to eradicating deforestation in the palm oil supply”. But its current efforts aren’t a ‘commitment’, they’re skullduggery. Commitment would be sourcing palm oil responsibly. As Greenpeace says, this is entirely possible by just using land that isn’t a rainforest for growing the stuff. It’s not rocket science.

But clearly, it’s not just Mondelez that needs to show actual ‘commitment’. It’s many food producers in the UK. Huge amounts of processed food has palm oil in it. So all these producers must use truly sustainable alternatives. Not only because, if they don’t, it proves they’re the heartless wankers many have long suspected; but also because they’re making us complicit by putting the dirty, evil oil in almost everything we consume. They’re making us co-conspirators in the extinction of these gorgeous animals, including our “closest relatives”. And they’re making us collude in our own eradication too. Because rainforests are the “lungs of our planet“; so they could help defend us from climate catastrophe – if we keep them around.

Enough is enough. It’s time to force these companies to stop using dirty palm oil. It won’t be easy. But nothing’s impossible. After all, many are soon going to celebrate the birth of someone who apparently rose from the dead.

– Avoid palm oil where possible, unless it carries a high standard RSPO certification.

– Call out companies using dirty palm oil by naming and shaming them on social media, and telling people you know about them.

– Contact companies that use palm oil and urge them to source it from properly sustainable suppliers.

– Write to your MP, asking them to pressure the government into taking action against corporate users of dirty palm oil.

– Find out how you can join thousands of others in a #NoPalmOilChristmas.