Deep down, we all know Andrew Marr and Andrew Neil can only boost the far right. Here’s why. - The Canary 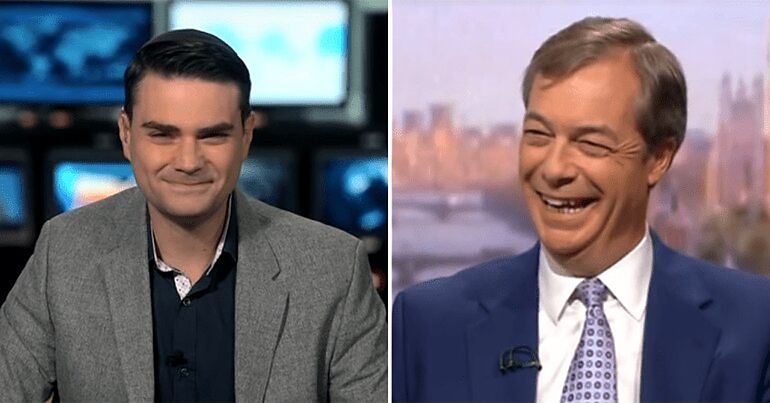 Deep down, we know BBC presenters Andrew Marr and Andrew Neil can only boost the far right. And it’s not simply because Neil opts for ‘gotcha’ questions while interviewing extreme conservative Ben Shapiro; or because Marr allows Nigel Farage to volley off romantic soundbites with no challenge. No, the reason interviews from Marr and Neil only benefit the minority scapegoaters is because these hosts represent an establishment that’s been utterly disgraced.

The backdrop to these interviews is grotesque inequality – where, according to the Equality Trust, “the UK’s 1,000 people have more wealth than the poorest 40% of households”. It’s wage stagnation, where people are earning much less than they were a decade ago. It’s university fees, debt and rampant privatisation. As the University of Warwick demonstrated in a landmark study, this austerity-driven inequality was the main force behind for Brexit. And the support for Farage and Shapiro comes from largely the same frustration. The anger at the status quo is clear when you consider centrist parties are collapsing around the world. So interviews from Neil and Marr, who are essentially representatives of a system that is destroying their supporters’ lives, can only benefit the likes of Farage and Shapiro.

Take Neil, who opened his Shapiro questioning with internal Republican party politics – as if that loony right party is the ideological battleground where we should be tackling Shapiro’s extreme views. Neil then moved on to accusing Shapiro of merely ‘coarsening’ the debate through his language. This is a wet, superficial and ‘politically correct’ line of questioning from an establishment that will bomb Middle Eastern countries as long as weapons dealers remember their pleases and thank yous when they sell a cruise missile. It’s spawned from an establishment media desire to advance the nonsense that social media is newly responsible for bringing down the debate, not the Mail and the Sun’s decades of minority scapegoating, or the Guardian‘s ‘liberal’ cheerleading for people like George Bush senior.

Marr, meanwhile, allowed Farage to rail off soundbite after soundbite on his Sunday politics show. In the most part, the interview was just a series of dingdongs about what Farage may or may not have said on the EU. And he wriggled out every time while dropping anti-establishment phrases that will no doubt resonate with people suffering under this crony capitalist shitshow. Marr even allowed Farage to get away with the Brexit party having no policies because he thinks ‘manifesto’ is a “bad, discredited word”. Zero policies, no problem!

It’s not going to work. The only way to hold the far-right to account properly is through a genuine progressive perspective. The status quo is utterly disgraced and midway through a historic collapse, with mainstream centrist parties plummeting to just a few percentage points in opinion polls.

Neil and Marr should be asking questions like ‘in a country where the 1,000 richest families have tripled their wealth since the financial crash, why are you blaming migrants and refugees for people’s woes?’ They should be much more strident in exposing Shapiro and Farage’s complete lack of solutions to the key issues of the day: climate change, elderly care and automation.

But Neil and Marr cannot because they are ideological protectors of a system that doesn’t have any answers either. That both Shapiro and Farage had tantrums during these interviews is only tantamount to their own pathetic character.

All things considered, BBC interviews can only boost the far right. Because they oil Shapiro and Farage’s propaganda machine. It feeds off being pitted against the establishment.