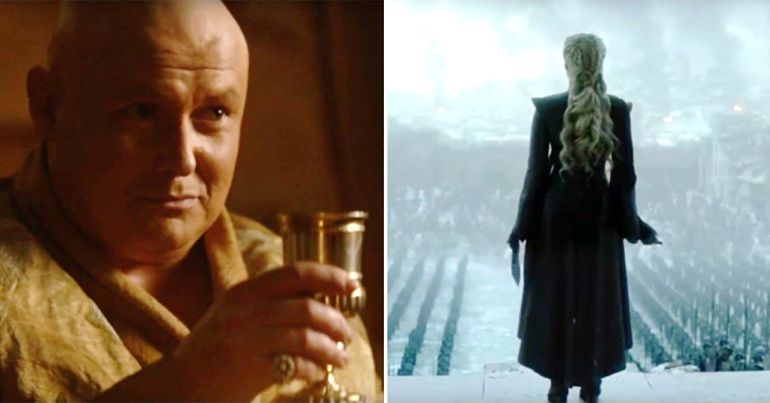 WARNING: The following contains major spoilers about Game of Thrones season eight. You have been warned!

Game of Thrones (GOT) is finally over. And now, the country shall stumble about in an emotional stupor desperately looking for new escapism from our miserable reality.

For nearly ten years, GOT has taught us lessons about the ruthless political manoeuvring of the privileged and aspirational. But before it abandoned us, it taught us another important political lesson: elites hate real democracy.

People will be picking at the show’s carcass for years. ‘It should have been longer’; ‘the last season sucked’; ‘her character arc made no sense’; and so on. But the enduring legacy of GOT will be its success at captivating a mass audience with a brutally realistic depiction of power politics. The absolute investment of audiences is all the more impressive considering this political realism is situated in a fantasy world inhabited by dragons and ice zombies.

GOT has always been at its best depicting the political calculations and interrelationships of its power-driven characters. And it taught us some memorable lessons about what power in society really means. “Power resides where men believe it resides. It’s a trick, a shadow on the wall,” Lord Varys once suggested:

Or is power cruder than that? “Power is power,” Cersei Lannister asserted:

Final lessons from the final episode

There was the obvious ‘power corrupts’ theme. It ultimately led to the dragon queen Daenerys Targaryen’s murder, to avoid her continued rise as a self-righteous tyrant.

There was also the visual metaphor of the Iron Throne itself being melted; the throne being a symbol of absolute power, for which so many died over eight seasons of fighting:

The throne that was forged by dragon flame, melted by a dragon flame 💔 #GameOfThonesFinale pic.twitter.com/i5By77iH8F

A lesson in the nature of democracy

But the final lesson was one of democracy. It was provided by Samwell Tarly, who is portrayed as the bumbling intellectual of the series.

After the murder of the dragon queen, Westeros makes the progressive decision to pick a monarch, instead of by birthright as was customary. Needless to say Westeros is a long way from socialism, and this is a radical move. But Sam has a democratic idea for how to pick the new ruler:

Of course, Sam’s idea is laughed at. Instead, it is determined that, henceforth, the lords and ladies of Westeros will pick their future ruler.

Western elites laugh at and fear democracy too

The laughter at Sam’s proposal is a lesson in real-life elite attitudes to democracy. And similar cynical attitudes about the dangers of democracy are expressed throughout the mainstream media and the political establishment.

Take, for example, a new democratic Labour Party where members pick their leader and the party’s policies. The Financial Times dismissed this newly democratised party as “unabashedly authoritarian”. Or take reactions to proposals for the open selection of Labour MPs by party members. This idea to enhance party democracy and accountability was instead described as a “purge”. Alternatively, look to the US. There, the Democratic Party was accused of rigging primaries for the nomination of its presidential candidate to block popular democratic socialist Bernie Sanders. In all these instances, we’ve seen elites undermining democratic participation that threatens power and the political status quo.

The fictional lords of Westeros and those of the West have a lot in common, it seems.

Elites’ fear of the ‘bewildered herd’

As intellectual Noam Chomsky has discussed, limited democracy is a feature of Western societies. He claims elites both hate and fear democracy. The public are described as “meddlesome outsiders”, a dangerous “bewildered herd” that must remain as spectators. Instead, elites believe politics and policy should be left to “responsible” people to conduct.

We might not live in a feudal tyranny where politicians melt opponents with dragon fire. But we would be fools to believe the elitism depicted in the show doesn’t apply to us too.

And so although GOT is now dead (like most of its characters), the lessons it provides should live on.