Subsidising extinction. Why UK energy subsidies must be reformed to protect climate and wildlife. - Canary 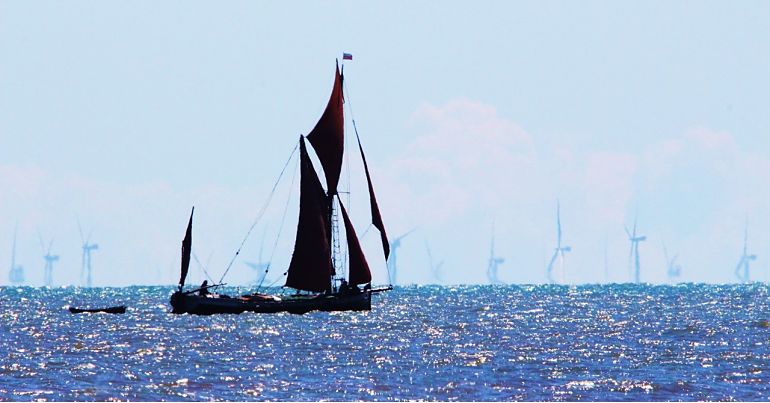 There’s been positive news about the UK going 18 days without burning coal, and about record power generation from wind. But this can obscure the scale of the transformation we need to give us a chance of avoiding more than 1.5 or even 2 degrees of warming. 80% of our energy still comes from fossil fuels.

Ending high-carbon energy generation will require massively scaling up wind and solar power and rolling out energy storage, grid upgrades, and new interconnectors with nearby countries. It will mean replacing almost our entire infrastructure for heating and transport because both sectors are almost entirely reliant on burning carbon. None of this will come cheap. Demand reduction is vital, but that, too, needs large investments, for example in home energy efficiency or public transport.

Fortunately, some of the funding needed for this mammoth task can be freed up by scrapping harmful energy subsidies.

Billions in subsidies for fossil fuels

As an EU member, the UK is committed to ending fossil fuel subsidies by 2020. This pledge has been ignored by many member states, but none more so than the UK, which was recently found to have the highest fossil fuel subsidies in the EU, an estimated £10.6bn per year. The precise figure is uncertain: according to a study by the thinktank Overseas Development Institute (ODI), the UK has the lowest transparency about such subsidies within the G7. Indeed, the government denies subsidising coal, gas, or oil altogether. The lead author of the ODI report puts it bluntly: “They are lying”.

The first is the “capacity market”: under this scheme, 72% of a total of £3.8bn awarded to energy companies has gone to burning coal, gas, and fossil diesel. The total could rise to £24bn over ten years.

The second example is tax relief for oil companies decommissioning obsolete infrastructure in the North Sea: the tax office estimates that it will repay or forego £24bn of tax payments by oil corporations as a result. After Shell, BP, and others have reaped the profits from oil and gas drilling, the public bears the cost of the clean-up.

Renewable energy subsidies should help reduce carbon emissions. Subsidies allowed power generation from wind and solar power to treble between 2011 and 2016, and enabled the UK to become the world leader in offshore wind. Tragically, since 2016, support for new onshore wind and solar power has been decimated. Together with draconian planning rules targeted at onshore wind and an 800% tax hike for solar panels, this has all but ended the expansion of the cheapest forms of low-carbon renewable energy.

It gets worse. Every year, around £1bn in renewable energy subsidies goes towards burning wood in power stations. The bulk is for Drax power station, the UK’s single biggest CO2 emitter. Drax burns more wood than the UK produces annually, all of it imported. Much of it is sourced from the clearcutting of coastal hardwood forests in the southern US, which lie at the heart of a global biodiversity hotspot. Logging forests for energy is bad news for the climate as well as for wildlife.

Even if forests are allowed to regrow, using wood deliberately harvested for burning will increase carbon in the atmosphere and warming for decades to centuries… even when wood replaces coal, oil or natural gas. The reasons are fundamental and occur regardless of whether forest management is ‘sustainable’.

Only one way to go

A subsequent study showed that even burning forestry residues for energy is incompatible with the goal of limiting warming to 1.5 degrees. Redirecting biomass power subsidies to wind, solar, and wave power would go some way to putting us on a path to cleaner energy.