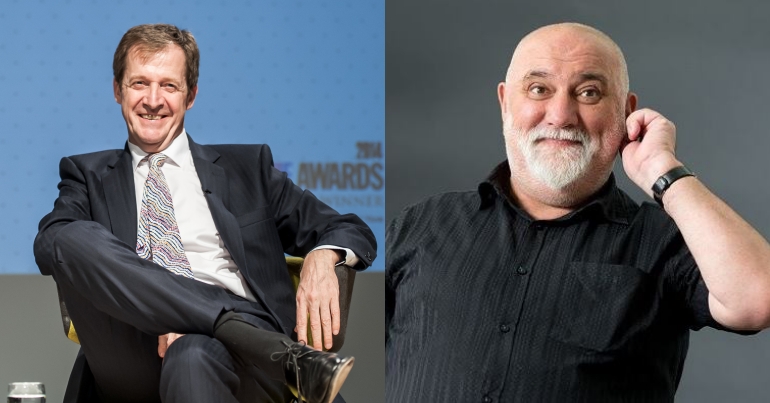 Every morning without fail I wake up having an argument in my head with some figure from the anti-Corbyn right; indeed these rows often seem to begin even before I’m fully awake (which might account for the fact that in my arguments with him Tom Watson has the body of a beetle and the legs of Wayne Rooney, or perhaps he’s really like that?). Sometimes it’s Tom Watson, on other occasions it’s some lazy hack from the Guardian or the BBC who hasn’t bothered to get their facts straight, or Sajid Javid.

I know I’m not alone in this: other left-wing friends report experiencing the same angry internal squabbles, or they tell me they are losing sleep over the sheer injustice, malevolence, and inaccuracy of the attacks against our movement. What’s worse is that I don’t always win these arguments, even though they only exist in my head – those right-wingers are pretty nasty and they seem to know an awful lot about me.

But how to still these voices? Well for me, one solution is to write an occasional column for The Canary so that I can at least get my arguments out of my head. However, that option isn’t available to most of you (although I do urge that you take out a subscription to The Canary, or increase the price you pay).

One other possible solution to stilling the churning mental anger could be to do as Jesus Christ, prophet and founder member of Camden Town Branch of Momentum, urges – namely, “Love your enemies and pray for those who persecute you”. In other words, for us to try to feel sympathy and understanding for our adversaries.

I’m not personally acquainted with many of those who plot against Jeremy Corbyn, but one who I did know quite well for a short time was Alastair Campbell. In 1987 I had a column, in fact an entire page, in the Sunday Mirror newspaper, and Campbell was then the political editor of the Daily Mirror. He had just returned to journalism after a spell in hospital following an incident where he had drunk himself into an alcoholic coma (I would not of course dream of mentioning this if he had not himself many times referred to it in the media, though he seems to have reframed the event from “alcoholic coma” to “psychotic episode”). He told me at the time the extraordinary amount he’d drunk, and believe me, that was enough to put absolutely anyone – plus their pet elephant – into an alcoholic coma. At the time, he seemed the unhappiest and angriest man I’d ever met, with a fierce and passionate loyalty to our employer Robert Maxwell, who – even before he was publicly exposed – everybody else recognised as a crook, a bully, and a liar.

Campbell was on the TV recently talking about his depression and the many ineffective miracle cures he’d tried in order to deal with it. But a friend of mine pointed out that the one thing he’d never considered was Alcoholics Anonymous. I wondered whether that’s because AA is a programme of honesty, and you can’t behave in the Machiavellian, conniving way he behaves and ever find any kind of serenity.

So perhaps we should try to follow the advice of Jesus and attempt to feel sympathy for this suffering man?

Or, if you find that impossible, console yourself with the fact that I’m certain he wakes up every morning in an absolute rage because they threw him out of the Labour Party.

Featured image via Flickr/University of Salford Press and Alexei Sayle