There's a way of keeping the border dividing Ireland 'frictionless'. And it doesn't involve politicians. - Canary 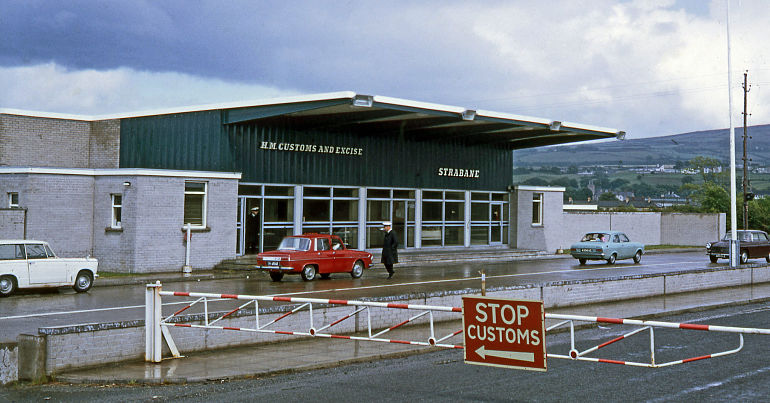 There are reports that in recent weeks people have been asked to prove their identity when crossing the border that divides Ireland. But there may be a way to prevent further identity checks. And it would involve the people of the entire island of Ireland.

The backdrop to this is the continuing intransigence by the Conservative government over the ‘backstop’ that forms part of the EU Withdrawal Agreement.

Meanwhile, the so-called invisible border between the north and south no longer appears invisible, thanks to over-zealous border guards.

For example, there was the incident of a woman travelling south who tweeted her outrage when asked by guards to produce her passport or similar ID:

1//On a bus from Belfast back down to Dublin. Where I live. Have done for two years. Make this trip back and fourth all the time to see my family in the North. And at the English fucking border in Ireland. Guards boarded our bus and asked for passports

She added in the Twitter thread that she believed this had been going on for months.

In response, another person pointed out the legality – or lack thereof – when such demands are made:

There is no legal requirement for you to provide a passport/ID to the Garda. You don’t even have to tell them your name unless that have a reasonable suspicion you have or may be about to commit a crime. Happens on Derry – Dublin bus too. I just say no.

Another advocated that the border should be got rid of altogether:

This is a frightening development, softening people up for full fledged controls. Bad times are coming. 30 years after we all celebrated the fall of the Berlin Wall, the UK is building new walls. TEAR THEM DOWN. #StopTheCoup #StopBrexit

Preparing for a hard border

These are not new developments. In May 2019, the Belfast Telegraph ran a story about a Derry man, Tristan Drysden, who was travelling from Belfast to Dublin and told that he should always carry a passport.

I explained to the Guard that I didn’t have my passport or any form of photographic ID and he said, ‘Why not, you are crossing a border?’ which stunned me because I assumed people were free to move from one part of Ireland to the other.

The Guard didn’t say why he wanted to see my passport so I assumed it was something to do with Brexit and maybe they were preparing for a hard border.

Although these violations are not widespread – yet – they may be in breach of the Good Friday Agreement.

These checks also appear to breach the Common Travel Area (CTA), which means only “minimal or non-existent border controls” are in force at borders.

According to Citizens Information, the CTA basically means that:

Irish and UK citizens have the right to live, travel, work and study within the Common Travel Area.

It also means that there’s no requirement to carry a passport, although that is “advisable” if travelling by sea or air.

We fought long and hard for an invisible, seamless border on this island. People should be free to travel north and south without the imposition of border controls. The creeping border control apparatus is a sign of the kind of Brexit the DUP and ERG would love to see. We need to fight it. We need to find our pro-Europe voice.

These violations of the CTA are clearly worrying. And any detrimental effect of Brexit (deal or no deal) could invite paramilitary attacks, which have escalated in recent months.

But it is the people of Ireland, north and south, who perhaps hold the key to how the border can be truly open, without such checks, if Brexit goes ahead.

It’s about civil disobedience – on a massive scale – and a refusal to carry any ID when travelling north to south, or vice versa. The authorities would not be able to cope. Indeed, it would be the equivalent of pulling down the Berlin Wall, as alluded to by Julian’s tweet (above). For such action would inevitably bring all parts of Ireland that much closer together.

As it should be.