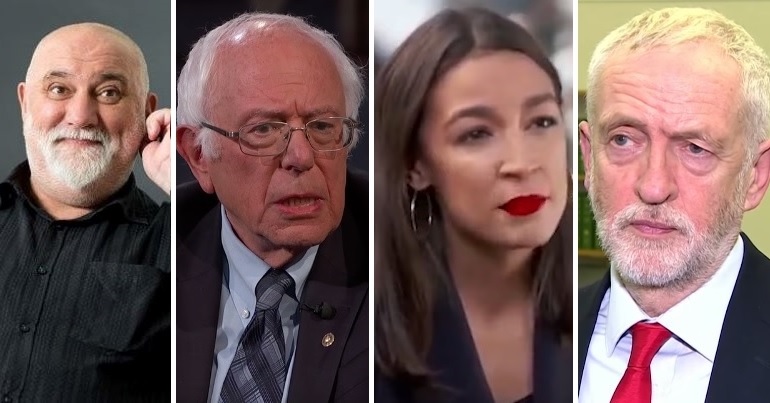 It’s important in this modern world, if you want to stay relevant, that you have to find new roles for yourself. To this end I have recently become a social media influencer (well, I post nasty things about squirrels on Instagram), and I have taken on a role as what’s known as a ‘brand ambassador’ – this is a celebrity employed by a company or organization to help raise brand awareness and increase sales.

What’s shocked me about a lot of my middle class friends in London is how at first they grudgingly went along with the Corbyn project but quickly either chose to believe the false smears about antisemitism or that Jeremy was somehow responsible for the Brexit logjam. The ones I know who are journalists say things like “Keir Starmer or some other ‘moderate’ is the only one who can deliver success for the Labour Party” or “The Democrats in the US need to nominate establishment-owned Joe Biden in order to defeat Trump”.

This is what they say, but what they really mean is that they want to go back to the way things were a few years ago when the world made sense and worked for them. They’re really saying “Why can’t we go back to an era when you could appear sophisticated simply by saying the word ‘sourdough’, or a time when the income of a FTSE 100 boss was a very reasonable 142 times more than a teacher or a firefighter rather than the cruel, sky high figure it is now?” Back to a time when everybody in the media’s viewpoint was exactly the same so they felt safe and secure.

But what they don’t understand is that’s not possible. In Thomas Wolfe’s 1940 novel “You Can’t Go Home Again”, in the denouement the central character realises: “You can’t go back home to your family, back home to your childhood. … back home to the old forms and systems of things which once seemed everlasting but which are changing all the time – back home to the escapes of Time and Memory”.

Similarly, the dark forces that created Trump or Brexit cannot be reversed, and the only way to deal with them is the new kind of socialist politics represented by Corbyn in the UK and AOC and Sanders in the US. If we do not tackle these issues in a progressive way, rather than relying on discredited “centrism”, then much darker ideologies will come to the fore.

So how are we to achieve this shift? How can we make journalists tell the truth? Well, one tactic the left hasn’t tried yet is awards ceremonies. Think about it. Awards ceremonies, like The Oscars, The Tonies and The Emmies, are a really powerful way to affect how people think. So I’m going to form the Society for the Transmission of Intelligent News and Knowledge and it will give trophies in categories such as ‘First News Programme On TV To Not Have Three Tories Reviewing The Tory Newspapers’ and ‘First News Programme To Ask Margaret Hodge An Even Mildly Difficult Question’.

I predict that our awards ceremony, The ‘Stinkies’, will soon become a huge social event.