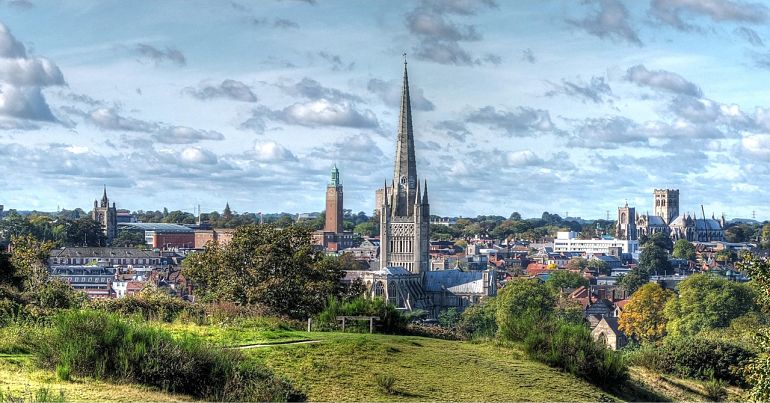 When Alexander Boris de Pfeffel Johnson visited my marginal constituency of Norwich North, where the Conservatives hold a slim majority of 507 votes, his message was a simple one: Let’s get Brexit done. The prime minister soon discovered, when his carefully choreographed visit was interrupted by an angry parent regarding social care charges for her daughter, following changes to the minimum income guarantee, that the election in Norwich North is far from simple.

Not much Brexit on the doorstep

Like all Labour activists knocking on doors, I hear my share of smears regurgitated from our right-wing press. Yet despite our constituency voting 57% to leave in 2016, it’s often not Brexit that voters talk about; instead, it’s other issues on their minds. We’re a constituency that has recently had all of our Police Community Support Officers cut at a time when county line drug dealing has risen significantly. We’ve lost all but one of our Sure Start children’s centres. Nearly all our secondary schools have been converted to academies. Our local NHS Mental Health Trust has been plunged into special measures three times. And our nearest general hospital is reporting a waiting list for operations so severe that the hospital board is discussing whether services are being pushed to “unrecoverable positions”. Norwich has the second highest level of drug-related deaths in the country and is a rollout city for Universal Credit, with an accompanying rise in homelessness and 32.4% of children living in poverty.

We have affluence and abject poverty side by side. Simply by crossing Harvey Lane, you can pass from one of the 10% most deprived areas of England, to one of the 10% least deprived areas. UKIP, the Liberal Democrats and the Green Party are all standing candidates and picking off votes here and there. In 2017, the two main parties together took nearly 95% of the vote. As part of Nigel Farage’s promise to Johnson, the Brexit Party is not in this race. This seat is not an easy win for either main candidate but on polling day it will either be the incumbent Conservative MP Chloe Smith or Labour’s Karen Davis elected to Parliament.

The fight is on for the soul of Norwich North. As a campaigner with a strong record of being front and centre in the many local fights to save our services, Davis is putting up a strong challenge and is easy for supporters to rally behind. Our canvassing teams have been swelling with activists all motivated for different reasons. I am a nurse working in the NHS mental health service and I have seen first-hand the death and devastation that has been wrought upon the most vulnerable in our society. It is anger at this unnecessary suffering and brutality that drives me to turn out and campaign in all weather. But it’s also the hope for a transformative socialist-led Labour government, with a program delivering solutions to the real issues that keeps me going. As Boris Johnson found out, in the key marginal of Norwich North, this is not a Brexit election.