A Jeremy Corbyn-led government would be a boom for business, here's why - The Canary 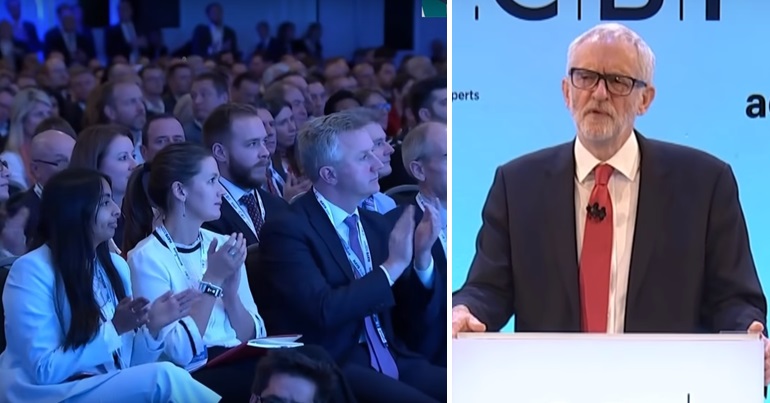 The corporate media line that Jeremy Corbyn is a threat to business is nothing short of a caricature. Economically speaking – it’s nonsense, which is why 163 economists recently endorsed the Labour manifesto. In reality, there’s no question that a Corbyn-led government would be a boom for business.

Repeat after me: government finances are not like your household’s

It takes a degree of unlearning to understand why Labour’s manifesto would be a boom for business. Usually, the corporate media treats government spending as the same as household spending. The line is ‘if you spend £60 then it’s gone and the same applies to the government’.  But actually, when the government spends, the money doesn’t just go down the drain. It circulates in the economy through people buying and selling services and products from each other.

So the question then becomes: where is the best place to direct government spending to power the economy? Recently Labour released ballpark figures suggesting that their policies will save an average family £6,716 per year. Policies such as nationalisation of essential services and investment in communities will put money in people’s pockets. This is exactly what the economy needs. Because businesses need customers. And UK economic inequality is so polarised that the majority of people do not have the money to make the purchases they otherwise would.

To illustrate, the UK’s richest 1,000 families have increased their wealth by over £500bn since the 2008 financial crash, while the majority of people have much less money because of austerity cuts. This wealth extraction from the majority of people to the already rich is terrible for business. That’s because the UK’s richest 1,000 families are not going to buy a million pairs of jeans, a million coffees, nor a million smartphones. But, by contrast, if the public had more money, they would purchase millions more innovative products and services. Buying local can also keep the money circulating in the community.

In the UK, there are 14 million people, including 4.1 million children, living in poverty. Aside from the moral disgust, obscene inequality is terrible for business because these families are also millions of lost customers. Labour’s policies address a fundamental problem with the arse-end of free-market capitalism: it’s run out of consumer spending power. Corbyn’s Labour aims to rebalance the economy in order to ensure that both consumers and businesses can thrive. Because you cannot have one without the other.