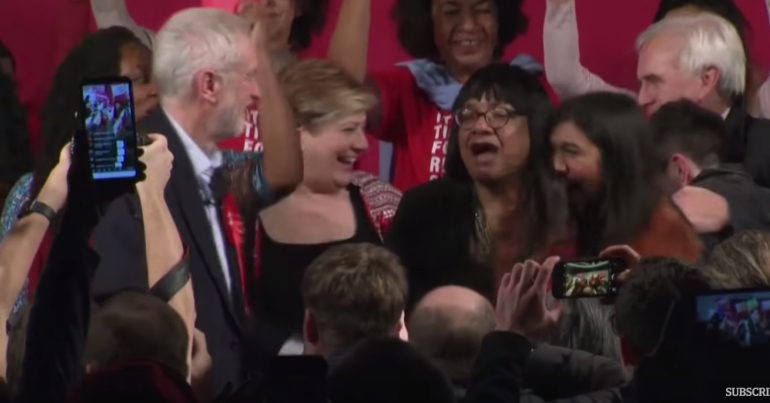 Today is our opportunity to get rid of Boris Johnson and his lying band of destructive Tories. But it’s more than that. It’s more than voting against something – it’s voting for something – something positive and full of hope for how our country could be different.

And Jeremy Corbyn showed exactly why this election is a once in a lifetime opportunity. Speaking at a final election rally, he described today as our chance to:

Corbyn’s campaign has been a positive one. Its central message is things don’t have to be like this – that we can dare to dream of a country run for us, not the billionaires. His final speech contained this message of hope:

And as he tweeted:

The Tories and their billionaire-owned media will tell you otherwise, but today…

You can vote to save our NHS.

You can vote to end austerity.

You can vote to rescue our planet.

You can vote for hope.#VoteLabour

A near-decade of Conservative-led rule has ground people down. Crippling austerity and vicious cuts have taken centre stage in a deliberate political choice to punish ordinary people for the mistakes of the bankers. Misleading messages like “we’re all in this together” were spread, invoking a phoney war spirit of everyone doing their bit. The billionaires didn’t do their bit, though. They simply got richer.

Now the best Boris Johnson can offer the country is ‘one-nation Conservatism’ and ‘getting Brexit done’ – both meaningless concepts, alongside lies over what he’s promising to do in the future.

Johnson is the establishment

For much of his career, Johnson has played on being the maverick – the anti-establishment politician. But Johnson and his friends couldn’t be more establishment. From his Eton education to Oxford’s Bullingdon club, he epitomises the establishment and the elite who are happy to get rich and complain that foodbank users either don’t know how to handle their money properly – or in the words of his other friend Jacob Rees-Mogg, “rather uplifting”.

This election is the opportunity for every single one of us who’s felt disenfranchised and disengaged from mainstream politics to vote not only against the establishment but for hope. We can choose a different future for us, our parents and our children.

So let’s do this. Let’s shock the establishment.