While Johnson confirms the UK's authoritarian future, Laura Kuenssberg seems to be creating a smokescreen - The Canary 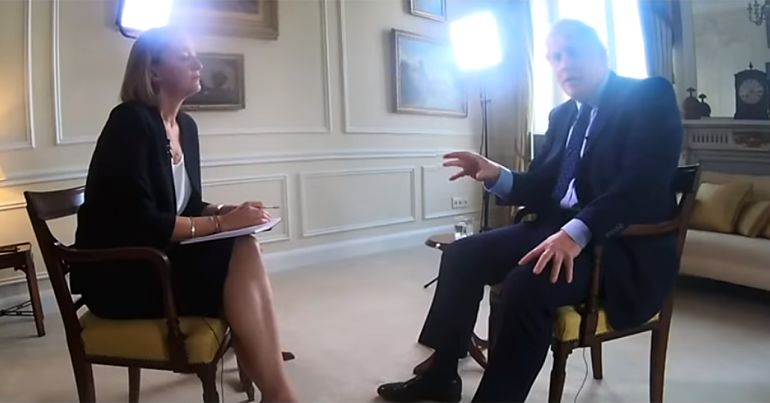 Boris Johnson’s government has announced its priorities in the Queen’s Speech. It’s fair to say not everyone was entranced by the lavish spectacle:

But anyone looking to the BBC’s political editor for an update might have wondered what was going on:

No job too big … story of the day https://t.co/ActfcNFi5R

Now Laura Kuenssberg obviously intended this as a bit of light relief. And, to be fair, it is the kind of good news story we could probably all do with more of. But such is Kuenssberg’s platform, and the reach of her official blue-tick Twitter account, that anything on it tends to be regarded as ‘a work thing’. Even if she tweets during her lunch break, readers still see it as the Voice of the BBC and part of setting the agenda for debate.

The key to pulling off a magic trick is not just hiding what you’re doing but getting the audience to look somewhere else while you’re doing it. Johnson himself has spoken in the past of how this can work via the ‘dead cat trick’. That particular ploy, attributed to Australian electoral strategist Lynton Crosby, involves introducing some outrageous idea into a discussion in order to move it away from the topic it was supposed to be considering. There doesn’t have to be anything remotely appealing about the new idea. In fact, the more grotesque the better. What matters is that it becomes the thing everyone’s talking about. And, as Johnson said, “they will not be talking about the issue that has been causing you so much grief”.

Maybe, to use a similar form of naming, Kuenssberg’s tweet was a ‘cute kitten trick’. Because we all know everyone will stop what they’re doing to focus on a cute kitten. Some respondents on Twitter certainly felt they were being made to look the other way.

Glad to see you holding this govt to account as usual 👍

NOT Britain First encouraging their members to join the Tory party?? That seeeems like a bigger story to me…

And finally….. anything to deflect eh Laura

It’s perhaps just as well Kuenssberg took some time out from commenting on parliamentary events. Earlier she’d pulled out all the stops with some furious editorialising over footage of Johnson and Jeremy Corbyn walking through the palace of Westminster:

Somehow managing to interpret every pixel of Corbyn’s face in a negative light, she then misses his cheery greeting to a bystander. Meanwhile, as Johnson galumphs along sporting his standard idiotic grin, Kuenssberg refers to him “nodding to some members of the public, maybe they’re a friendly crowd or people he knows”. How lovely.

Based on this evidence, perhaps Kuenssberg is wasted as a political editor and should forge a new career as the person who does the “And finally…” stories.