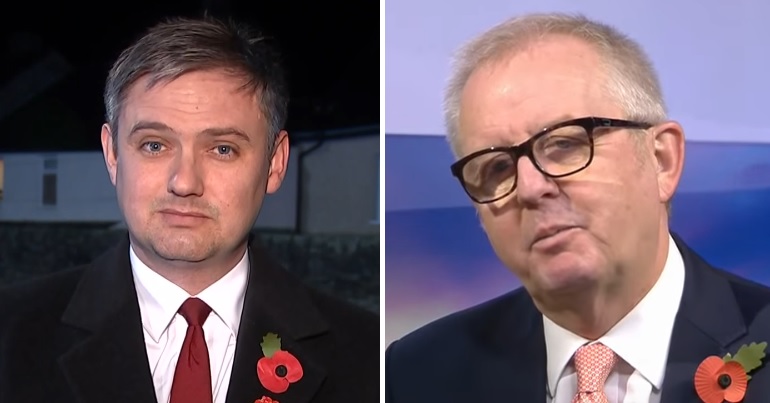 The BBC revealed who’s on Boris Johnson’s preferred list of peers on 6 February. Ex-Labour MPs Ian Austin and John Woodcock are among those who made the cut. They were both serial critics of Jeremy Corbyn as members of his party and ended up jumping in bed with the Conservatives.

Betrayal is a rewarding business in politics, it seems. At least it is in the UK’s perverted system.

According to the BBC, Johnson has nominated ex-Conservative ministers Philip Hammond and Ken Clarke for a seat in the House of Lords. This is raising some eyebrows as both backed measures to scupper a no-deal Brexit in 2019. The PM kicked them out of the party as a result.

Johnson’s championing of Austin and Woodcock isn’t leading in the headlines, though. In a civilised system, it would. But that’s not what the UK has. Instead, the functioning of the British political system – at least through the lens of these two non-Labour, ex-Labour MPs – appears to be more akin to the ‘motivational’ guidance one would find in a self-help book titled Only the Ruthless Rise.

Between Corbyn becoming leader in 2015 and the time Austin left the party, it’s hard to recall him doing anything of note apart from attacking his own party’s leadership. Although given how much time he spent droning on about the threat of Corbyn, it was probably hard to find the space to do anything else. The same is pretty much true of Woodcock.

Talking shit about Corbyn eventually turned into talking up the Conservatives, as both left Labour at some point along the way and were then scooped up by the Tories. Austin took a role as trade envoy to Israel. Woodcock, meanwhile, became a government envoy on extremism. And now, of course, there’s the peerages – the veritable cherry on the cake.

The trajectory of these two ex-Labour MPs is a shining example of how we teach kids not to behave: beating up your friends or classmates (even if their enemies will give you things if you do) is not okay. If you don’t like your friend anymore, just tell them politely to go find new ones. Don’t run around screaming trying to make everyone else hate your ex-friend. It’s not nice.

But then Woodcock did effectively oppose holding Saudi Arabia to account in 2016 for its brutal military campaign against Yemen. He’s also previously “echoed” the propaganda of Turkey’s increasingly authoritarian president Recep Tayyip Erdoğan. So his behaviour towards Corbyn isn’t the only ‘not nice’ chapter in his political history.

Of course, we also teach children that saying you’ll kill millions of people is a bad thing. Yet saying you’ll do exactly that appears to be a standard for assessing good leadership potential in the UK.