As another MP is accused of far right links, the Tories are still dragging their heels on Islamophobia - Canary 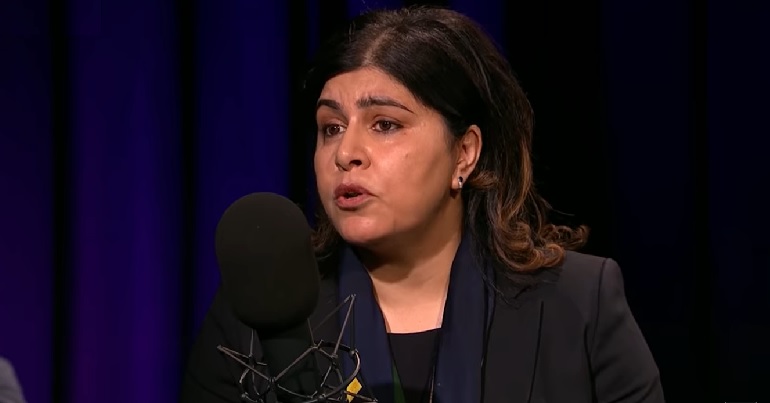 Sayeeda Warsi has called the government out for its “hypocrisy” over Islamophobia. The former minister criticised the ruling party for being reluctant to adopt the definition of Islamophobia put forth by the All-Party Parliamentary Group (APPG) on British Muslims. Moreover, her criticism coincides with news of Conservative MP Dehenna Davison being accused of far-right links.

Davison was photographed with Colin Raine, who has posted racist and Islamophobic content online. While there are calls for an investigation into Davison’s links with Raine and his associates, the Conservative party’s track record so far when it comes to dealing with Islamophobia is decidedly shocking.

Warsi has often described a lack of political will by the Conservatives to address Islamophobia in their party. But why is this the case? Why does there appear to be no political will in the ruling party to address a form of hatred towards a minority group? The answer, while obvious to some, might be one that a lot of people, including Warsi herself, won’t like.

The Conservatives’ increased appeal for a markedly more populist voter base is no accident. It is a calculated move to attract a majority demographic of voters. And, if the December 2019 election results are anything to go by, it works. What’s more, the Conservatives’ history of oppressive policies towards the most marginalised and vulnerable groups is well-documented.

It’s hardly surprising that the ruling party is dragging its heels on tackling Islamophobia when we consider the party leader himself. Mere days after the general election, Johnson broke his promise to launch an inquiry into Islamophobia in his party. Months before this, the 15 councillors suspended from the party due to accusations of Islamophobia were reinstated.

Yes, the Conservatives can be accused of hypocrisy when it comes to dealing with Islamophobia, particularly given their criticism of Corbyn’s handling of antisemitism in Labour. But an accusation of hypocrisy would suggest they were acting in good faith to begin with. The reality is that the problem with the Conservatives runs much deeper. They won’t address Islamophobia because, well, they simply don’t want to.

The Conservatives have long been the party that protects the interests of the white elite. The party of institutional racism, xenophobia, and homophobia. The party of unabashed pandering to the far-right. So when they refuse to take action on Islamophobia, it comes as no surprise to me because I know they’re motivated by the voters they wish to attract. Especially when it will help to keep them in power.