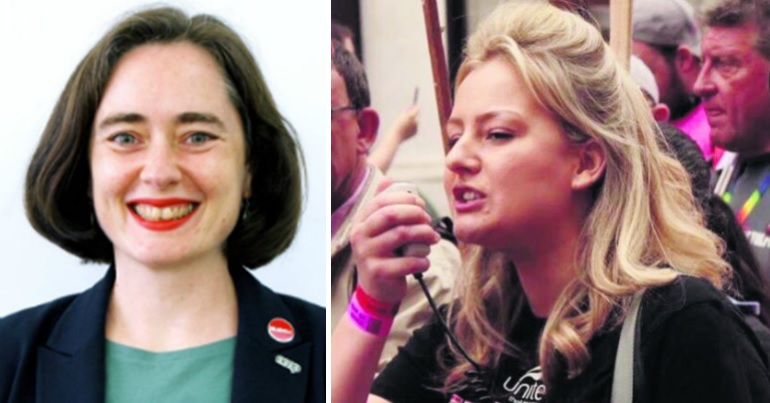 The ballots have dropped for Labour’s NEC (National Executive Committee) elections. We, the grassroots members, have been nominating candidates in our CLP (Constituency Labour Party) meetings. Jo Bird has 117 nominations and is backed by Labour Left Alliance, Jewish Voice for Labour, and the Labour Representation Committee. Lauren Townsend has received 141 nominations and is backed by the Campaign for Labour Party Democracy and Momentum.

Socialism is about solidarity and collective actions. We must unite and elect strong socialist candidates onto the NEC. This article is about why I believe the candidates we should support and vote for are Jo Bird and Lauren Townsend.

Bird is a councillor in Birkenhead. Essentially, she is an activist, a community organiser, a campaigner – working hard on campaigns around truth and justice and saving local NHS campaign centres. She believes our party should be member-led, open and democratic in our selection processes, and that our complaints process should be fair and reflect natural justice. We share these values as Labour activists and this is why we should vote for her to be our representative on the NEC.

Raised in a family with socialist and trade unionist values, she believes in tackling racism, the climate emergency, and austerity. These are the pillars of our 2019 Labour Party policy manifesto and we need to have representatives that will continue to develop progressive policy through the NEC.

Recently, as a member of her Unite the Union branch and alongside other unions, she has supported campaigns against compulsory redundancies, in-work poverty, against casualisation, and supported a minimum wage for carers, decent contracts at ASDA, and for a democratic media.

She has also worked among immigrant communities. She helped set up an Arabic-Kurdish cafe and a culture hub. Her great grandparents were Jewish refugees fleeing fascism in Europe. With the continuing rise of the far right, we need to have representatives with empathy for affected communities to ensure Labour supports these communities appropriately.

Townsend is a councillor in Milton Keynes. A young unionist, she became involved in politics through her trade union role, organising low-paid workers in the TGI Fridays campaign. It’s essential that the NEC has more youth representation and also reflects the struggles of ordinary members. Lauren has a story that really represents this.

One of the biggest achievements our party has made in the last four years is that the membership has become more active in taking a lead in how our party is run. Lauren champions this in her role as an activist and I strongly believe that our NEC body needs to become more diverse and representative.

She has good experience of working with the membership through her trade union work, organising, training, and campaigning. We need a representative who can connect and work with members, understanding how we organise across our movement and with local communities.

Through her work as a trade union organiser for low-paid workers and as a spokesperson for Labour for a Green New Deal, we can be sure that she will continue to support the Labour Party manifesto of 2019 and our socialist values.

Two women who are strong socialists with a commitment to fairness and equality through democratic, member-led community organisation. Let us continue to build a new kind of politics and vote for Jo Bird and Lauren Townsend for the NEC positions.