Our children are already traumatised. They need clear messages about their future. - Canary 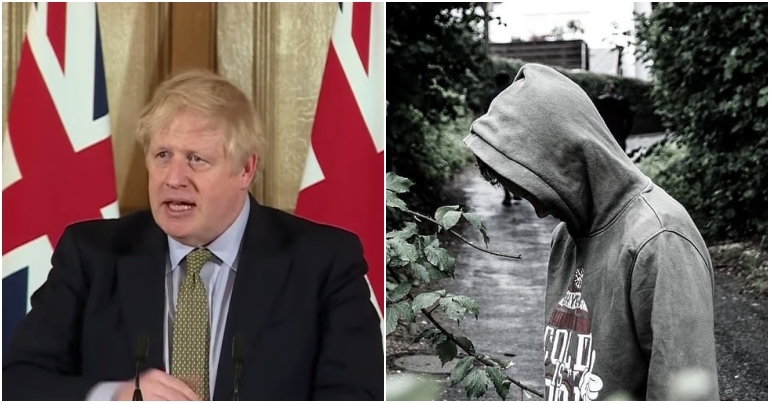 My son was due to sit his GCSE exams this summer. We now know this isn’t happening. But we don’t know any details. Just suggestions, rumours and vague assertions about getting the grades they deserve.

We don’t even know whether they’ll eventually be some kind of assessment. Just that the May and June exams are cancelled. But the announcement shows why the government needs to be careful in how it’s communicating and how precise it needs to be in its language. Something we know that Boris Johnson is utterly incapable of.

While writing this piece, education secretary Gavin Williamson stated that details will be published on 20 March. But this is what we needed to know last night rather than vague messaging.

After watching and reading a load of analysis, I apologised. He was right. There was no clarity. We thought it was just our child not being able to accept the overwhelming reality that he won’t sit his exams.

And I’m not even saying that I expected a clear plan. I realise these are unprecedented times, and as much as I hate what the Tories have done to education over the last decade, the sheer number of decisions that need making in this moment is mind-blowing. But even having the options explained or a time frame such as the one released this morning would have helped. It shouldn’t be left to children and parents to interpret and argue nuance in a speech to search for answers.

My son is part of a changed generation, a generation that will be marked by this virus. Older kids, the ones who understand what’s going on, are struggling to cope with the enormity of this. Like the rest of us, they are overwhelmed and traumatised.

Last night, we realised that tomorrow will probably be his last ever day at school. Although we had pulled him out to reduce spread, we’re letting him go in because we can’t take that last experience away from him. And as much as I despise the American prom tradition, it’s become another rite of passage he won’t have.

If Michael Gove hadn’t fucked up coursework for GCSEs, the whole process would be so much easier. But instead of having clear markers for progress, only two of my child’s subjects have any kind of ongoing assessment. And like lots of teenagers, he’s only just started to work properly now. His stats, key milestones, or whatever stupid jargon the school is forced to use, are irrelevant. He’s always been smart enough to know when he really needs to work and what he needs to do in the current system to ensure he can do A-levels. And this must be the case for so many children.

I keep crying writing this. But I acknowledge and know how much privilege we have. We’re lucky we already work from home. We’re lucky we’re not reliant on free school meals. I keep thinking about all the vulnerable kids, the kids for whom home is not a safe environment. It’s why, as I’ve previously written, I’m finding everything so overwhelming. It’s because it’s so encompassing. I get upset about the personal, and then think about others, and then things spiral because we’re all doing what we can but it’s easy to feel so utterly powerless.

Hopefully, by 20 March, we will have some of these answers in relation to schools and exams. We need them. Our children’s mental health depends on them.

Featured image via screengrab and pxfuel