George Eustice wants to ‘encourage’ people on furlough to pick fruit, but he really should know better - Canary 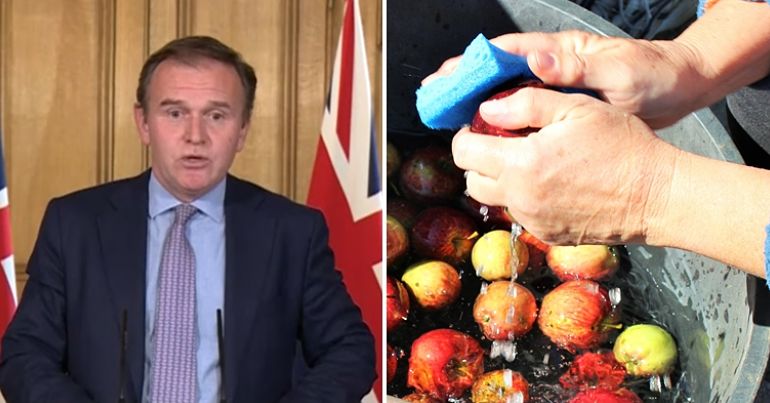 On 26 April, secretary of state for environment, food and rural affairs George Eustice addressed the daily coronavirus (Covid-19) press conference. Guardian political editor Heather Stewart asked whether food shortages and price increases in supermarkets “are part of the new normal we’re going to have to get used to for the next coming months”.

In response, Eustice said the government had been “monitoring the food supply chain quite carefully” and it continued to work well despite “isolated cases”. Then he said, given the British season in fresh produce was about to start:

To be fair to Eustice, he was responding to a journalist’s question as opposed to unveiling a ‘grand plan’. But he’s secretary for the department:

responsible for safeguarding our natural environment, supporting our world-leading food and farming industry, and sustaining a thriving rural economy

So labour shortages is something he should be keenly aware of. And as head of that department, it’s not unreasonable to expect him to have a plan in place to deal with it. Furthermore Eustice’s family owns a fruit farm in Cornwall to which he has direct ties, so he has no excuse.

Yet the best he could come up with was “an approach that will encourage” people who have been furloughed to compensate for the shortages. People on furlough are on temporary layoff due to coronavirus restrictions, but they’re receiving at least 80% of their pay. It begs the question why workers didn’t feel “encouraged” to work in this industry beforehand or to apply for the positions on offer. Maybe there’s a good reason for it.

Firstly, people on furlough come from various working backgrounds so they won’t necessarily have transferable skills. Working as a fruit picker in the countryside sounds romantic. It could be the perfect way to earn money without having to endure the hustle and bustle of urban living. But, as I can confirm from living on an Irish beef and tillage farm for over 18 years and also working in offices, it’s not straightforward.

It requires training and a change in attitude from indoor and office work. You’re at the mercy of the elements. A day’s heavy rain could mean no work. A day’s sunshine could mean endless work. But that’s if rain and sunshine were all you had to deal with, because should the farmer be under pressure to meet deliveries you could find yourself working in all kinds of conditions. It’s also back-breaking work. And it’s not for everybody.

At the age of 17, when I first ventured off the family farm to work for a neighbouring mushroom farm, they wouldn’t allow me pick the product. This was on account of my gender-based manual dexterity. Instead, I had the rewarding task of cleaning out the sheds laden with a couple of hundred compost-filled plastic circular bags (see image below). Which unsurprisingly, not even my 17-year old masculine manual dexterity was capable of moving all that quickly. 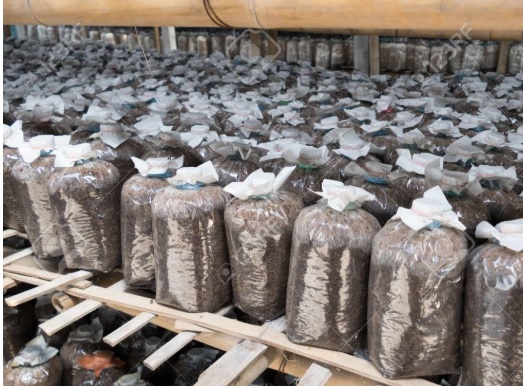 Eustice estimated “that probably only about a third of the migrant labour that would normally come to the UK is here and was probably here before lockdown”. There may be a good reason why labour from abroad is not here. It’s possible Eustice’s ‘flexible approach’ to the environment and die-hard support for Brexit could have frightened them off.

In addition to the conditions of the work, the pay is low. Current job advertisements show pay rates as low as £8.50 per hour. And judging by some adverts, jobs paying higher rates also require employees to work overtime, after midnight, or in a freezer.

Geography will also cause a problem. People on furlough don’t all conveniently live next to a fruit farm. Almost by definition, fruit farms are miles away from urban areas and quite possibly from most public transport networks.

Moreover, Eustice wants to encourage people on furlough yet he made no mention of people who aren’t eligible for furlough payment. And some of these may not even qualify for Universal Credit. So what about them?

The right thing to do

Lockdown has restricted people’s movement, but it’s not the cause of these labour shortages. Maybe alongside the possibility of a basic income, the good that will come from this pandemic is a refocusing on what’s most important to us as a society, such as fresh food, and a greater appreciation for those who provide us with it.