Fiona Bruce's comment about 'lower-skilled workers' wasn't just a gaffe. It reveals much, much more. - Canary 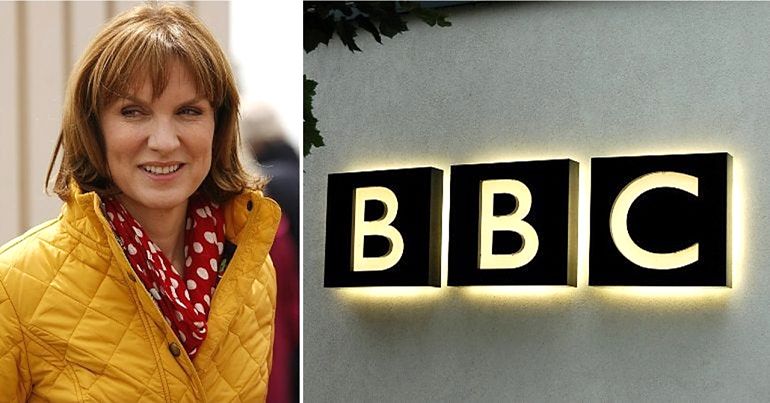 With one misinformed insult, the BBC has notched another low point in its long history of flagrant bias against the working class. But this wasn’t just a careless gaffe; it shines a light onto the intellectual underpinnings of the power structures that maintain the status quo. Deeper analysis shows that this kind of thinking serves an important function in generating acceptance of the absurdities of modern capitalism.

An outrageous insult, but not the first time…

On Monday 11 May, BBC News presenter Fiona Bruce described workers including bus drivers, security guards, and carers as “lower-skilled” during the channel’s evening news bulletin. The comments sparked a strong reaction, especially on social media where users ridiculed the remarks and expressed their outrage. After receiving numerous complaints from viewers, the BBC issued an apology a few days later, but not without a predictable element of bad faith excuse-making.

The incident represents neither the first nor the worst case of workers being disparaged by the national broadcaster. In 2011, then-Top Gear presenter Jeremy Clarkson said that striking public sector workers should be “shot in front of their families”. Although the BBC did eventually apologise, it didn’t fire Clarkson from his position with Top Gear.

He continued to ‘earn’ roughly one million pounds per year in his ‘job’ test driving cars and behaving like an obnoxious boor on television (this salary, incidentally, dwarfs that of the average public sector worker). It wasn’t until he later punched a producer in the face for the offence of not preordering his preferred meal at a hotel that the BBC let him go (apparently, the BBC does have some standards of conduct…).

One might put Bruce’s remarks down to the BBC’s inherent right-wing bias, which has been well-documented by scholarly research. But though this is certainly a factor, it’s far from the whole explanation. Bruce’s comments form part of a worldview that has been deliberately and stealthily communicated to the public for years which serves to uphold the power structures of the status quo. In particular, it forms a large part of the intellectual assumptions that provide justification for keeping the economic outcomes of the labour market as they currently are.

Under present-day capitalism, jobs that aren’t particularly useful or even cause harm to society are often some of the most lucrative. Financial speculators, for example, often earn huge sums of money from little more than reacting to fluctuations in markets that trade in stocks, currency, commodities, or futures contracts. It was the behaviour of these kinds of people in the finance sector that led in large part to the 2007/8 economic crash in which millions lost their homes and / or their jobs.

Meanwhile, people in jobs that actually are important are frequently vilified, especially when they dare to strike in order to improve their pay or working conditions. Right-wing tabloids in particular are notorious for portraying the unions that represent them as some kind of demonic force in society. But far from representing a form of “blackmail“, striking is nothing more than the exercise of the fundamental right to withdraw one’s labour – something which is enshrined in international law.

Notice that there’s an incredible irony going on here. London Underground workers can bring one of the top-five largest cities in Europe to a standstill and, according to the London Chamber of Commerce, inflict tens of millions of pounds of damage to the British economy. This shows conclusively that their work is indeed important, if not necessary, for society to function. If, on the other hand, financial speculators didn’t go to work for a few days, society would probably end up better off than it was before.

And this raises the inevitable question: why does the public largely go along with a system that rewards people in useless, or even socially-destructive, occupations yet get whipped into a frenzy of indignation when people in useful, but far less well-paid, occupations ask for a few crumbs more? The answer is that the beneficiaries of the parasitic profiteering inherent to finance capitalism have engaged in a propaganda campaign that provides a deceitful veneer of justification to this bizarre situation in order to build continued public acceptance.

This process was best described by Italian political theorist Antonio Gramsci. Gramsci pointed out that under capitalism, things that favour the interests of capitalist society’s dominant class are passed off as ‘common sense’ through that society’s major cultural organs and, above all, its mass media. As The Canary has argued on multiple occasions, this phenomenon is very much alive and well in the present day. And as a result, much of the public has come to accept the dominant class’s manufactured mythology. This includes the blatantly false notions that ‘everyone’s paid according to what they’re worth’, ‘the harder you work the more you get paid’, and other such nonsense.

Is there a solution?

For Gramsci, the key to redressing the situation lies in education. He wrote:

The first step in emancipating oneself from political and social slavery is that of freeing the mind. I put forward this new idea: popular schooling should be placed under the control of the great workers’ unions. The problem of education is the most important class problem.

Following Labour’s loss in the 2019 general election and Jeremy Corbyn stepping down from the party’s leadership, it might feel like we’re back to square one. But data from exit polls shows that young people voted Labour in overwhelming numbers. And in spite of its dominance by corporate tech giants, social media has provided a tool to bypass the establishment press and bring information to all.

So if alternative media outlets like The Canary keep up the struggle, we stand a fighting chance of continuing to spread the word that a better world is possible – one perhaps in which important jobs are properly rewarded and useless ones abolished.