While parts of lockdown are like going back to the 70s, the Tories want to drag us back to the 40s - Canary 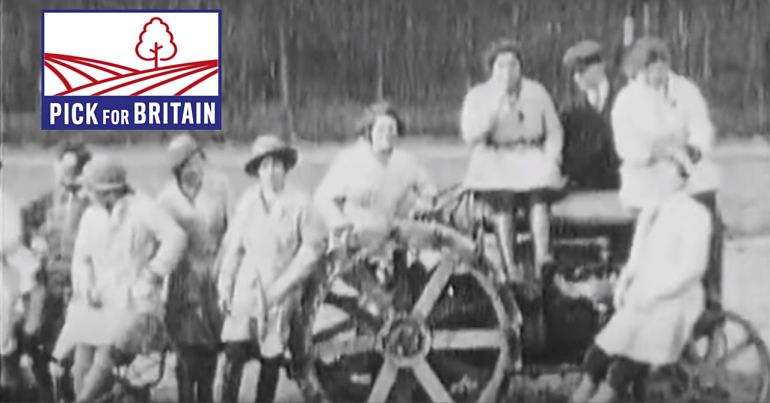 The coronavirus (Covid-19) lockdown has made me even more grateful that I live in the arse end of nowhere. Or Norfolk, to give it its correct title. I’ve lived elsewhere, even on the fringe of That London for a few years. But now I’m two doors away from the house in which I grew up. The village has changed a lot in the *mumble* years I’ve known it. It’s louder now, faster moving, more transitory. The shop has gone. The two women that I used to see daily, cycling slowly back from their work picking fruit and veg at one of the nearby farms, are probably just pictures in an album.

Lockdown hasn’t brought the shop back. But there have been other changes. I’ve walked through the village. What’s more, I’ve done so for no reason other than to have a walk. And it’s been so quiet. Crossing the bridge by the mill a few weeks ago, I was struck, quite unexpectedly, by nostalgia. This is where I’d go as a kid in the 70s and 80s, when I could do what I wanted as long as I didn’t drown and was back for lunch or tea. It was quiet then too. A rural soundtrack of birdsong and faint farm rumblings, but mostly silence.

So far, so lovely. And so indulgent. My bucolic meanderings aren’t doing anything to get the economy moving. In fact, we hear, a silent disaster is occurring in the country’s rural backwaters. Up and down the land, fruit crops are approaching ripeness. Unpicked, they’ll turn to mush. And where are the pickers? Are they, even now, pedalling ponderously farmwards. Of course not. They’re all at home in Romania.

Research by the National Farmers Union found that 99% of 2018’s harvest workers came from outside the UK. This creates two potential problems. Firstly, the industry is acutely vulnerable to anything that might prevent this overseas workforce getting here. For example, a sudden and unforeseen pandemic. Or a premeditated but apparently not-at-all-thought-through set of post-Brexit immigration restrictions. Secondly, and compounding the first, hardly any British workers have experience of harvesting. And believe it or not, it isn’t just as simple as shelling peas.

But the war generation (again)…

The government’s answer, as it is to almost every question, has been to invoke the WW2 spirit. In an excruciating video message that historians may one day describe as the death rattle of feudalism, Prince Charles has attempted to rally the nation. Speaking as if he truly believes that most Brits are ready and waiting to do their Lord’s bidding, Charles harks back to the WW2 Land Army. He says it’s “being rediscovered in the newly created ‘Pick For Britain’ campaign”.

Environment secretary George Eustice unveiled Pick For Britain during the government’s daily coronavirus briefing on 19 May. He managed to do so without mentioning the war, but this wasn’t his first such announcement. In March, Eustice promoted the Feed The Nation campaign, run by agricultural recruitment companies. This scheme received a decent level of applications but came nowhere close to meeting the need. At the time, Mark Bridgeman, president of the Country Land and Business Association, said:

We must recognise that farmers’ supply of labour is in jeopardy. A shortage of 80,000 workers is something we have never seen before. That is why we are calling for a land army of employees to support farmers in feeding the country.

Eustice talked on 19 May of British workers ‘lending a hand’ to bring in the harvest. Anyone who’s lately attempted to bake a cake with a small child knows full well that ‘lending a hand’ doesn’t always mean ‘making something go more smoothly’. Eustice’s optimistic musings conjure an image of everyone wandering down to the field, jug of cider in hand, and picking the odd strawberry from time to time, before falling asleep in a pile of hay. And anyone who heads for the fields with unrealistic expectations is likely to make a swift exit.

There are many reasons why harvest workers have become progressively less likely to be British. There are logistical difficulties; most people no longer live near farms, and hours can be different from what people are used to and not suitable for reliance on public transport. Pay and lack of obvious career progression is another sticking point. Particularly, there’s the perception and the reality of how hard and often uncomfortable the work is. Some farmers feel that British people lack the “work ethic”, but it’s more a question of expectation. If you’ve been brought up to view an office job as having higher status than farm work, it can be hard to see past that.

The past has gone

No doubt some people will take up a farm job through one of these schemes and it’ll work out well for them. They’ll develop the skills and the necessary stamina quickly and have a good time doing it. But the idea that thousands of people at a loose end because their university is shut or they’re on furlough from their job in a department store will suddenly turn into competent farm labourers is beyond wishful thinking. It’s political delusion of the worst kind. The sort of thinking that saw Eustice’s fellow Tory buffoon Owen Paterson suggest pensioners could step into the breach.

At least pensioners might have remembered a time when more British people were accustomed to farm work. The kind of society which spawned the original Land Army. But let’s not pretend either that the work then was easy or that the work now isn’t vastly sped up and industrialised, feeding the low-cost, high-margin supermarket machine. There’s no going back, nice though it would be to return to a slower and quieter world.