As Grayling comes second in a one horse race, Johnson's authority is in tatters - Canary 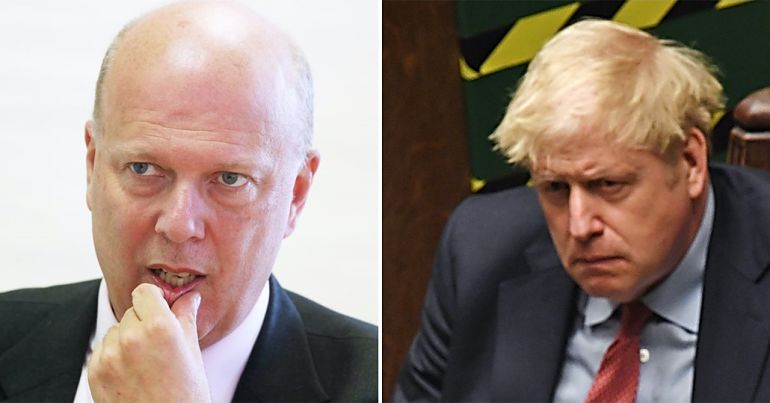 It may seem like no more than a classic Westminster soap opera. But the hoo-ha over Chris Grayling’s failure to win a parliamentary committee chair says everything about Boris Johnson’s cack-handed attempts to run the country. In effect, Johnson attempted to rig a process that was already stacked in his favour and still failed to get the result he wanted.

The select committee system is one of the bits of Westminster’s obscure structure that actually has the potential to work rather well. Committees are set up to focus on a specific topic and evaluate the government’s performance on that subject. Some are made up of MPs, some of peers and some a mixture. Members, and especially chairs, are generally expected to have some level of interest and specialist knowledge in the relevant area. Committees can call ministers to answer questions on policy and can also hear from external experts to aid their understanding of the issues. Being a committee chair is seen as quite prestigious and sought-after among parliamentarians. It used to be in the prime minister’s gift to distribute such roles, but increasingly chairs are chosen by a secret ballot of the committee’s members.

The Intelligence and Security Committee (ISC) is not strictly a ‘select committee’ but it functions in a broadly similar fashion. Aside from its important area of work, there are a number of reasons why this committee stands out. Firstly, because it hasn’t existed since the end of the previous parliament (ie since November 2019). That’s an unusually long period of time for a committee to lie dormant. Secondly, the ISC is responsible for the ‘Russia Report’. This document looks at alleged Russian interference in UK democratic processes. It was compiled by the ISC in its previous incarnation but Johnson failed to approve its publication before the general election. Thirdly, Johnson attempted to roll back the years by installing his own pick as ISC chair. And this is where his problems began.

Like an idiot, Johnson tried to get Chris ‘Failing‘ Grayling voted in as ISC chair. The plan was simple, at least in the tumbleweed-ridden space between Johnson’s ears. The composition of committees broadly reflects the parliamentary strength of the various parties so there are five Tory seats on the nine member ISC. So, the plan went, make sure those five are all loyal types who’ll vote the way they’re told and job’s a good ‘un.

However, when word got out that the PM wanted Grayling to take the role, even Tory in-house newsletter the Telegraph couldn’t hide its bewilderment. Describing Grayling brutally as “neither intelligent nor secure”, the paper’s headline called the nomination “a new low in the government’s aversion to scrutiny”. However, Johnson must by now be used to the daily tide of commentary reminding him what an utterly useless and ill-suited leader he is. In fact, his habit of ignoring all criticism as if it’s clearly misguided and irrelevant has served him disconcertingly well.

And so it was that on Wednesday afternoon, the day of the vote, Tory ISC member Julian Lewis “received a text asking me to confirm that I would be voting for the prime minister’s preferred candidate for the ISC chair”. Lewis didn’t reply, “as I considered it an improper request”. He added: “At no earlier stage did I give any undertaking to vote for any particular candidate”. And, it would appear, Lewis didn’t vote for Grayling, but rather for himself. The four opposition members also apparently voted for Lewis, giving him a five-four win.

It’s fair to say Johnson wasn’t best pleased to see things not go his way. Lewis was immediately sacked as a Tory MP, reportedly because he’d “acted with the opposition for his own advantage”.

What troubles me about this episode, quite apart from its utter absurdity, and now withdrawing the whip from Julian, who is indeed highly respected, is the mindset it gives about what on earth is going on in Downing Street. Why did they try to manipulate this process? They shouldn’t have done. The committee can only exist, the committee can only be respected… if it is seen to be non-partisan, and independent.

It’s a momentous failure of intelligence when a PM takes months to handpick intelligence and security committee members so as to deliver the chair he wants and they refuse to do his bidding. To then chuck the new chair out of the party is to lose control / the plot.

This is another total shambles from the Tory government, which has failed to put in place a functioning intelligence and security committee for more than six months since the election. With his abysmal record of failure as a Tory minister, Chris Grayling is the only man who could lose a rigged election but it is right the committee has elected a chair and it should now get on with the crucial job of ensuring scrutiny and oversight of security matters, after months of delay.

Liberal Democrat foreign affairs spokesperson Alistair Carmichael said Johnson had appointed “yes men” to the ISC but “true to form, however, failing Grayling has been undone in his bid to be chair”.

“I hope we now have a committee with real teeth that can hold this government to account,” he added.

“That starts by publishing the report into Russian interference of our democracy before the summer recess so MPs can scrutinise it fully.”

The man without the Midas touch

As PM, Johnson hasn’t just been lazy and shit-witted. He’s even begun to be unlucky. And history shows that luck is the most precious of all political commodities. Despite surrounding himself with sycophants and nodding dogs, Johnson appears incapable of exercising control. To bungle something as straightforward as nobbling a committee shows he can’t even manage the everyday dirty work required within Westminster. So he’s frankly got no chance on the more elevated prime ministerial tasks of national, let alone international, leadership. He should quit while he’s not too badly behind.