If they expel Corbyn, Labour centrists will open themselves up to the one thing they can't handle - Canary 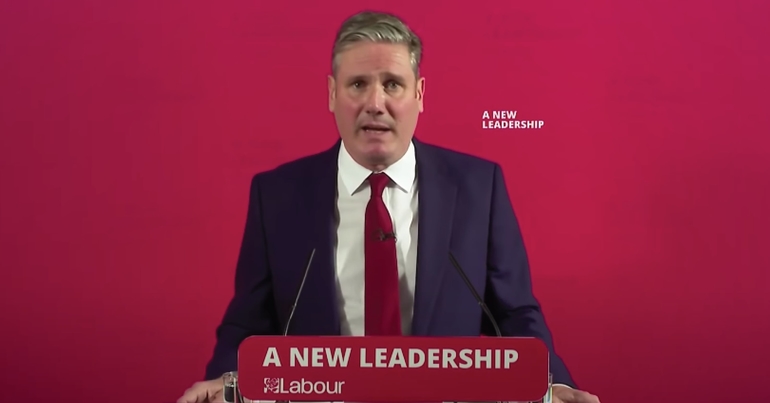 Over the past five years, Labour’s most prominent centrists have demonstrated an impressive level of resilience. By that I mean no matter how stupid, wrong, or nasty an idea is, they’ve been prepared to vocalise it in order to monster Corbyn and the political project behind him. As the media happily joined in, this has meant the centrists’ own political ideas have gone half a decade without any serious attention.

This could spell trouble ahead.

Because if Starmer expels Corbyn and the Labour ghouls lose their bogeyman, they’re opening themselves up to the one thing they can’t survive: the mildest of public scrutiny.

So what does this tell us?

It tells us that while politicians of this mould were popular, they become increasingly less attractive as people got to know them, and with good reason. The economic model they championed failed, and their inclinations towards xenophobia and demonising poor people opened the door for more hardcore forms of racism and class warfare.

The problem for Labour centrists is that time is linear.

It’s all well and good harking back to ’97, but people remember everything that happened in between. The idea that they can shout, “things can only get better!” and become miraculously popular again is like Bono waking up one morning and thinking:

I fancy going back to before everyone thought I was a bell end.

Something he attempts to achieve by squeezing into his ancient jeans, donning his antique shades, and slicking back the hair he increasingly no longer has.

If anything, seeing this Halloween version of you makes me like you even less.

As disappointing, awful, and war crimey as New Labour turned out, it’s worth remembering they didn’t sell themselves as authoritarian managerialists in ’97. Blair and co captured people’s attention by presenting an alternative vision of how things could be. What’s Keir Starmer’s vision for the UK?

The extent of his political programme so far can be summed up in the slogan:

It’s certainly clear to everyone that Starmer isn’t Corbyn, but that doesn’t answer who he is.

What does Starmer’s Labour stand for?

We can probably forget his ten pledges, as front benchers like Lisa Nandy certainly have – even as Starmer makes vague promises to stand by them. We can question his dedication towards the environment, too, seeing as how he’s tearing around London in a gas-guzzling SUV mowing down Deliveroo cyclists. Starmer would be three weeks ahead of Boris Johnson on pandemic measures, but that’s still three weeks behind the science. And that’s if he follows the experts. He notably seemed loath to do so when Labour threw teachers under the bus in its haste to pile kids back into classrooms like tinned guinea pigs.

As bad as that last one sounds, it’s even worse when you consider he chose the Daily Mail to announce his anti-union alliance with the coronavirus:

No ifs, no buts, no equivocation. https://t.co/Q00nsGFH8u

At the more wishy-washy end, we can’t conclusively say Starmer’s Labour is pro-war crimes and rape cops, but the party’s mass abstentions mean they’re not not against those things either.

We’ve also seen the party siding with landlords over renters and wealthy donors over organised labour. Both incredibly normal positions for a party of labour to take, obviously. Definitely the sort of thing that will appeal to a broad coalition of voters and not just rampant capitalists who’ll vote Tory regardless.

Labour! Huh! Good god! What is it good for?

Clearly this isn’t Corbyn’s Labour, and for some voters that might be enough. For many others, an inevitable question will arise:

Who’s Labour is it? Is it mine? Is it Lord Adonis’s? Is it the Daily Mail’s?

Sections of the gutter press have given Starmer an easy ride while he attacks the left, but if Corbyn and the rest are gone, the kid gloves will come off. Outlets like the Daily Mail, Sun, and Express are rabid. They love hard-right Toryism, and now they’ve got a taste for blood, they won’t settle for off-brand Pedigree Chum.

Starmer will undoubtedly get an easier time in the press than Corbyn, but Socialist Labour had a counter-balance thanks to the party’s incredibly popular policies. What’s Starmer’s counterbalance? A sizeable number of voters will look past the tabloid smears, but that’s of little benefit if there’s nothing beneath the slander worth looking at.

Sir Nothing of Nowhere

It’s possible that Starmer will expel Corbyn permanently at this point to avoid attracting more criticism from the media types he’s decided he needs praise from. It’s possible he’ll go beyond that and root out the majority of the left. People have rightly pointed out that “divided parties don’t win elections”. They’ve spent less time questioning what it means if Starmer wins the civil war he claims he hasn’t started.

It’s worth thinking about. Because if the day comes when the Labour establishment forensically annihilates one of its most reliable voting blocs, people will want to know what comes next. The sad truth is Starmer and co won’t have an answer. The sadder truth is tepid columnists will pretend having no solutions to a world full of problems is the height of sensible politics.

I imagine that in this future of tabloid aggression and voter disaffection, more than one centrist MP will think to themselves:

It was a lot easier when we just ripped the piss out of Corbyn.