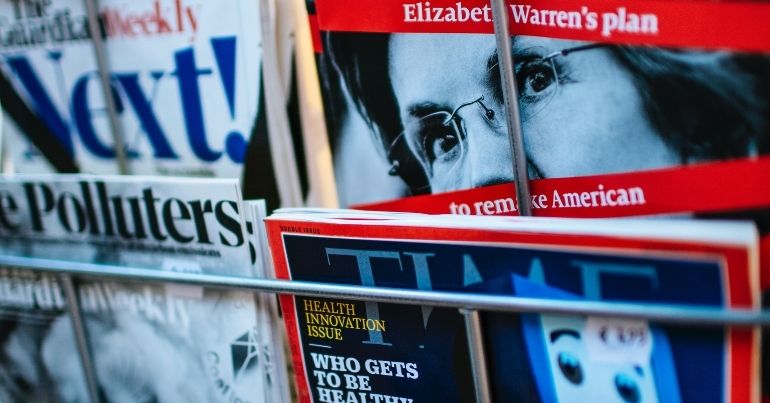 On 22 October, the Spectator and the Independent published false statements about Reni Eddo-Lodge, author of Why I’m No Longer Talking to White People About Race. Both publications uncritically published comments which suggested that Eddo-Lodge wants to promote a racially segregated society.

As part of her campaign to prohibit the teaching of critical race theory in schools, minister for equalities, Kemi Badenoch MP told the Spectator that antiracist authors such as Eddo-Lodge “want a segregated society”. Following publication of the article, the Independent repeated Badenoch’s comment. According to Eddo-Lodge, she was never contacted by journalists from either publication to respond to the claims made against her.

Eddo-Lodge approached both outlets asking them to print a correction and apology. She took to Twitter on 28 October to make a statement, saying:

As an author with a background in journalism, I’m deeply disturbed by the proliferation of misinformation in the public sphere…

The article includes the suggestion that I am in favour of a racially segregated society. This suggestion is false.

I strongly disagree with the charge against me made in both The Independent and The Spectator. I’m not in any way a proponent of segregation.

Following this public statement, the Independent updated the article in question to reflect Eddo-Lodge’s comments. However, the Spectator refused her request, suggesting that she should write a response in the publication instead. On 29 October, Eddo-Lodge told the Guardian that she had made a complaint about the Spectator to the Independent Press Standards Organisation (IPSO).

Stoking the fires of the culture war

In recent years progressive writers, politicians and activists across Europe and the United Kingdom have been physically attacked and killed by far-right extremists.

It is in this climate that we ask the Government to ensure Ministers are responsible with their language, avoid spreading misinformation and apply better judgement in order to protect the lives and freedom of minorities.

While the letter calls on the government “to ensure that Ministers adhere to the highest standards of public life, uphold democratic values such as freedom of speech and act with a duty of care”, the same can be said for journalistic standards.

The Spectator’s refusal to print an apology, or even a clarification, is disgraceful. This lack of accountability is extremely concerning. It sets a precedent that it’s acceptable to publish harmful, misleading content and make no effort to amend it. By refusing to apologise, the Spectator implies that the publication is above reproach, and that journalistic standards don’t apply to it.

The role of misogynoir (discrimination against Black women) cannot be downplayed in the Spectator‘s stance. It’s important to understand the implications of a mainstream media outlet publishing lies about a Black woman, then refusing to admit that it’s published lies about her. The risk of online abuse for a Black person, particularly a Black woman, who is thought to have made such statements is enormous. Indeed, Black women are 84% more likely to receive abusive Tweets than white women. This makes the Spectator‘s actions not only poor journalism, but also dangerous and divisive. Reckless coverage such as this stokes the fires of Britain’s culture war. And it works to discredit the goals and accomplishments of movements such as Black Lives Matter.

Meanwhile, The Canary is proud to be completely independent. And, despite smears to the contrary, our coverage is rigorously researched and fact-checked.

NewsGuard recognised The Canary for news credibility and transparency in 2019. And Media Bias/Fact Check rates the outlet “High for factual reporting due to proper sourcing” with “a clean fact check record”. We adhere to journalistic standards set out by IMPRESS. If we make a mistake, we are held to account (and wouldn’t have it any other way). The Spectator‘s stubborn refusal to give clarity in its reporting, however, sticks two fingers up at journalists who work hard to provide accurate, transparent coverage.

It may seem as if all the power lies in the hands of the individuals who control our mainstream media. But readers can challenge this by supporting new media outlets such as The Canary and gal-dem.