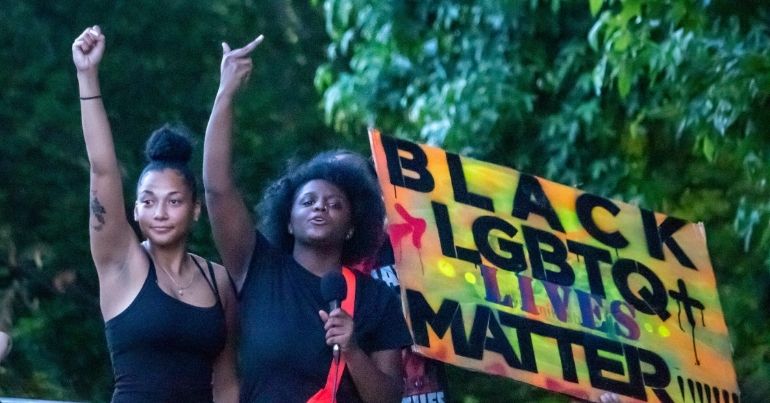 Before the Biden win had even been declared, liberals were calling on us to make nice with the Nazis who just lost. We are being called upon to ‘reach out’ and ‘find compromise’ with people who see us as sub-human. They have been harassing, falsely imprisoning, under-paying, and killing us. And treating that like some trivial difference we need to get over is, frankly, fucking offensive. It also belies the central problem with liberalism: toxic positivity. Quiet over peace, appeasement over justice.

You might think this an exaggeration, but it isn’t. Prominent liberals are really out here calling for us all to start hugging up to those Nazis, and think about their injured feelings.

the first thing I did when the presidency was called is text and call my family members who do not agree and tell them I love them and am here for them. #FamilyFirst. Call your family today. Happy Sunday. ♥️

Now is the time for every Biden supporter to reach out to one person who voted for Trump.

Come up with one issue you can agree on.

Those who voted for Biden must accept this challenge over next 4 yrs: It‘s now your responsibility to treat everyone – esp those who voted for Trump – w/ the decency & kindness you sought from your president thru the last 4 yrs. Choose words wisely. Take deep breaths. Be leaders.

It’s tempting to see this as a healthy, hopeful initiative. But African-American artist Bree Newsome Bass explains the immense harm such compromise has wreaked on marginalised communities throughout US history.

It has to end

As did attorney Preston Mitchum:

I won’t empathize with, support, forgive, understand, make amends for, reconcile with Trump supporters. Not a single one.

He was a proud white nationalist who proudly raised up many white supremacists. That’s who supported him.

And I make no apologies for saying this.

It’s not just wrong-headed but dangerous to appeal to a group whose fundamental goal is the subjugation of another. If history has taught us anything, it’s that you cannot appease fascists. You can only fight them.

There is no middle ground. And this is why Liberal Centrists lose against them time and again. Professor Sunny Singh highlights this eloquently: 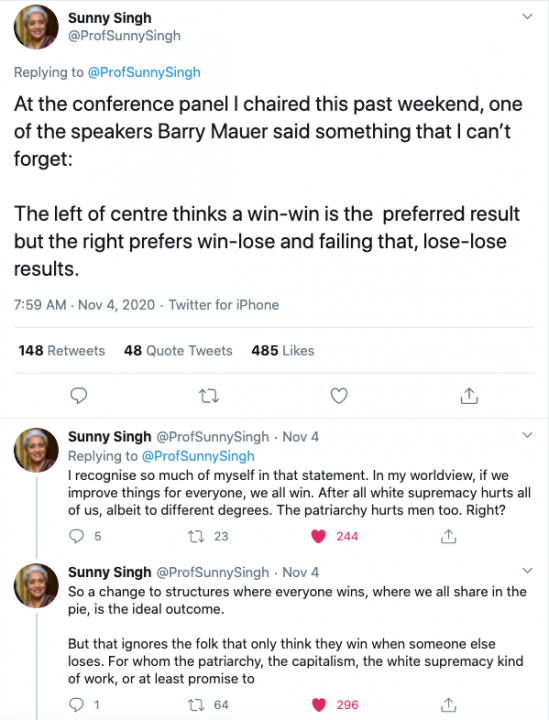 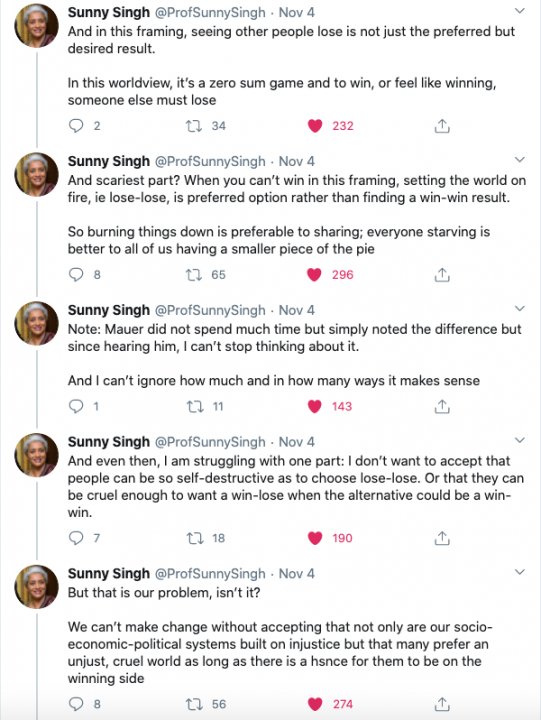 Liberals choose their ‘harmonious society’ fairytale over reality every time: this myth that if they ‘give a little’ (meaning sacrifice the very voters that put them in office to appease those who didn’t) then the other side will. But the other side never does, because they don’t seek compromise; they seek total domination. And they know exactly how to work the levers of the compromise-seeking liberal. Because liberals hate to be seen as dogmatic or ideological.

In pursuing the path of unity at all costs – a unity that will never materialise anyway – liberals paint those opposed to that ‘compromise’ as intransigent. We are dismissed as political purists who don’t know when or how to be pragmatic. But it’s easy to ‘make tough choices’ when it’s not you paying the price. America is no safer for Black, Brown and LGBTQI+ people today than it was a week ago. More dangerous in fact. MAGA goons are freely walking the streets with automatic weapons, and calling for the beheading and hanging of scientists and journalists.

@cnnbrk @MSNBC @foxandfriends @seanhannity
You Mr Trump call journalists “enemies of the people”. Your supporters at your rallies say they want to hang them. You enable them. You are complicit.

This is a Trump supporter at that rally. pic.twitter.com/olzUj8AVGq

There has been a storm of white supremacist terror across the US before and during the Trump presidency. And trivialising the trauma and fear within the target communities is doubling down on those attacks. It is akin to asking a woman to return to her abusive husband for the sake of family unity. As if her safety and happiness comes second to your fantasy about the nuclear family.

There’s a lot of nervous talk about polarisation of society, and how dreadful that is. But it’s not the polarisation that’s bad, it’s the resurgent fascism. If our societies united harmoniously behind fascism, that would not be an improvement. That would be far worse.

The Biden win was significant, if only in that it has slowed the rise of the populist far-right. But if the Biden presidency fails to fundamentally shift America away from disaster capitalism, fascism will be back in the White House come 2024.

Occupy Wall Street rose up under Obama-Biden. The Black Lives Matter movement rose up under Obama-Biden. And minority voters held their nose and put Biden in office regardless. If liberals repeat the same mistakes now, they will break the coalition that put them in power. And they will not pick up fascist voters in the process. Fascists will never acknowledge or reward any offerings made, and will get right back to fighting for a win-lose scenario in their favour.

It is vital that liberals centre the voters that made this victory happen. Their needs must come first. They should honour and enhance the coalition with progressives, not the right. That is the only path that leads America out of fascism.