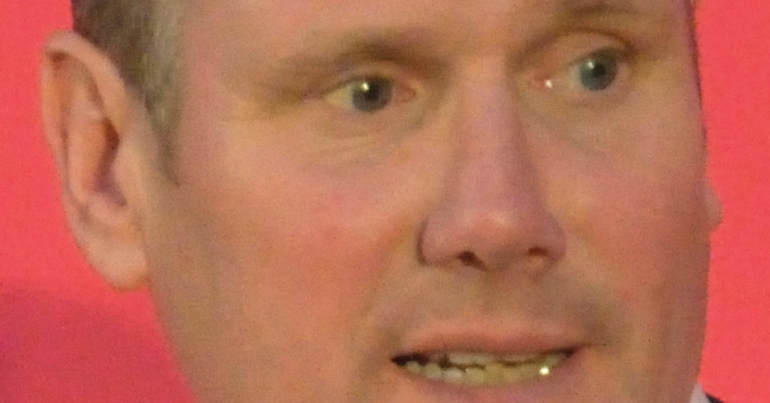 In November, the Times reported that ‘donorgate‘ person of interest David Abrahams had returned to Labour. Peter Mandelson celebrated the return of a big donor, saying the “trickle could become a flood“. Things quickly soured, though, when it turned out Abrahams had made several Islamophobic comments. The resulting scrutiny led to him deleting his Twitter account in a storm of unflattering screengrabs.

Keir Starmer’s new financial backer accused every single Palestinian of being a terrorist.

Keir Starmer is a racist who wants the backing of other racists. pic.twitter.com/7FVYwzlULK

This situation has served to highlight Starmer’s big funding problem. Namely, why would millionaires donate when doing so leads to such brutal scrutiny?

Abrahams first achieved notoriety as part of a 2007 scandal that saw him secretly funnelling “£650,000 to the Labour Party via his builder, his secretary and some others”. Abrahams claimed the party agreed he could use intermediaries. Some questioned if he made the donations to secure planning permission, but no charges were ever brought.

Most recently, Abrahams has been pulled up on Islamophobic tweets. A spokesperson for the Muslim Council of Britain (MCB) told the Guardian:

Abrahams’ abhorrent and deeply Islamophobic views that he has felt emboldened to publish in the past is yet more evidence of how prevalent and seemingly acceptable Islamophobia in British society is.

Just last week, the Labour Muslim Network (LMN) published a report exposing a culture of Islamophobia and discrimination within parts of the Labour Party which echo the unacceptable views Abrahams has voiced.

Perhaps the most damning part is that – according to Abrahams – Keir Starmer personally wooed him to return.

Bigotry aside, what the hell are Starmer’s advisors telling him if he’s fool enough to solicit donations from an infamous donation cheat? It’s as if they’re so high on New Labour vapours that even the fuck ups look like rose-tinted successes. You could understand if Starmer based his political strategy on the winning campaign of ’97; it’s less clear why he’d jump straight to the scandal-filled twilight of ’07.

Centrists describe Starmer as ‘electable’, ‘serious about doing a landslide’, and a ‘total vote shagger’. And yet – and fucking yet – he’s also the man approaching the guy referred to in this 2007 Independent story covering the last days of Blairism:

Peter Watt quit as Labour’s general secretary after taking legal advice about his role in allowing David Abrahams, a property developer in the North-east, to use colleagues Janet Kidd and Ray Ruddick and solicitor John McCarthy to make the gifts on his behalf.

There was gloom among Labour MPs last night that Mr Brown’s attempt to reassert his authority after a disastrous week had been scuppered by a potentially damaging scandal that echoes the “cash for honours” affair which destabilised Tony Blair.

The Prime Minister’s problems deepened when the latest monthly poll by ComRes for The Independent gave the Tories a huge 13-point lead over Labour, their biggest for 19 years.

At his monthly press conference today, Mr Brown will face questions about what he knew about the secret donations and whether they were the tip of the iceberg. As officials at Labour headquarters frantically checked its list of donations last night for other possible breaches of the rules, there was speculation that a fourth person was used by Mr Abrahams to make a disguised donation.

Serious about winning. Serious about fucking winning! He’s practically got that tattooed on his forehead, and yet he’s dragging Labour back to the era that toppled Blair and gave the Tories a 13 point lead!

And the worst thing is it gets worse.

The police never proved that Abrahams got anything in return for donating to New Labour. We do know what he got this time, though – namely that Abrahams:

If you’re a millionaire thinking about donating to the Labour Party, you’ve got to ask:

Do I really want to draw attention to myself for the sake of supporting a guy who’s big political vision is to recreate the arse end of the Blair years?

If you’re a dodgy millionaire reading this, make no mistake – we will come for you. In fact, we’ll cancel you so hard that you’ll have nothing left but your millions of pounds and extensive property portfolios. And by “come for you”, I mean we’ll:

Thanks to the work of citizens who know they can expect better, the Labour Party has become a hostile environment for dodgy millionaires.

In August, the Guardian reported:

Several former financial backers report rejoining, with some ‘ready to give again’ in wake of Jeremy Corbyn’s departure

On 3 December, in reference to the period that Starmer has been in power, the Telegraph reported:

And while Labour has launched a charm offensive to win back wealthy donors, just £199,000 has been donated by private individuals during that period.

The Telegraph was reporting on the fact that Unite hasn’t donated to the party since March. You can add to these financial woes a dip in membership of at least 50,000 members (as well as the legal action from disgruntled members who got ousted from the party).

In other words, it looks like Labour had issues even before one of their returning donors got mercilessly cancelled.

Starmer’s plan to do 90s politics in the 20s already looks doomed to failure. We’ve seen that Labour is damned if they take money from dubious millionaires, and the millionaires are damned if they give it. It seems the only way it can adequately finance itself is by becoming a party for the many, not the few (a strategy which saw Labour becoming “Britain’s richest party” under Corbyn).

Until that happens, things can only get worse.