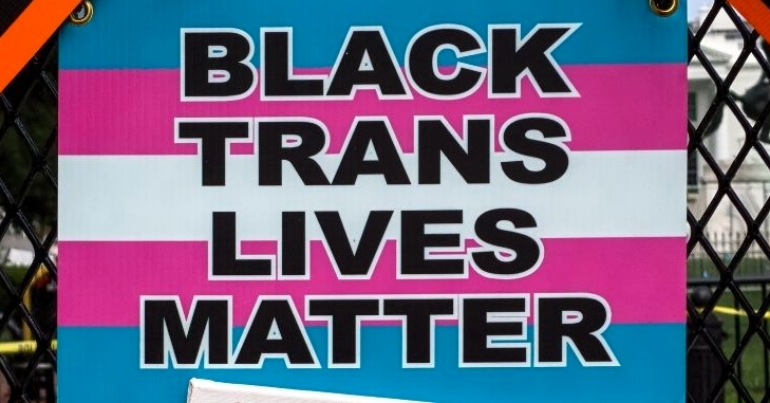 Two Black transgender women – Alexus Braxton and Fifty Bandz – have been violently killed in the past two weeks. Their tragic deaths are part of a rising “epidemic” of transphobic violence which disproportionately affects Black trans women. In spite of this, mainstream media outlets have remained conspicuously quiet regarding the deaths of both trans women.

Miami police found Alexus “Kimmy Icon” Braxton on 4 February. They haven’t released details of the suspected murder case on the grounds that it would “jeopardise the case”. According to friends and family, Braxton was the “beloved daughter” of a Hollywood LGBTQ Council board member.

A week before on 28 January, 21-year-old Fifty Bandz was shot and killed in Louisiana. According to the Human Rights Campaign (HRC), her death is “at least the fifth violent death of a transgender person in 2021” – four of which have been Black trans women. Police have arrested 20-year-old Michael Joshua Brooks for murder. Bandz had been in a relationship with Brooks, who had threatened her life before. According to reports, the pair had a “volatile” relationship. Brooks allegedly shot and killed Bandz during an argument.

In just one month, multiple transgender or gender non-conforming people have been killed, four of whom were Black trans women. This level of violence is infuriating and heartbreaking.

This is an epidemic of violence that must be stopped. We will continue to affirm that Black Trans Lives Matter and say the names of those we have lost, including Fifty Bandz, but we must do more. Fifty was killed by someone she knew – if we can’t trust the people we know, who can we trust? We need everyone to take action to bring this horrific violence to an end.

Bandz was a victim of “intimate partner violence“, which massively impacts trans and non-binary people. According to HRC:

In 2020, approximately seven in ten transgender and gender non-conforming people killed as a result of fatal violence were killed by an acquaintance, friend, family member or intimate partner. Unfortunately, the relationship of the victim to the killer is still unknown for close to one-third (30%) of all known cases. This means that anywhere from 44% to 74% of victims since 2013 were violently killed by someone they knew, including intimate partners, family members, friends, peers and acquaintances.

Most of them were Black or Latinx trans women.

Media and police misgendering and deadnaming Bandz in reports is a further injustice, one that trans and gender non-conforming victims of violence experience all too often. This works to deny and stigmatise the victim’s identity, and mask the transphobic nature of the violence.

Meanwhile, in the UK, mainstream media outlets are more concerned about whether maternity wards should adopt trans-inclusive language or not (the short answer is yes). But where are the headlines saying Braxton and Bandz’s names? Where are the articles telling us that their lives were valuable and meaningful? And where is the outrage against the violence that killed them? Where was the international outrage when white police officers shot and killed Black trans man Tony McDade days after protesters first took to the streets following the killing of George Floyd?

It’s outrageous that Black trans people continue to be denied respect and dignity in life and in death. The persistent erasure of Black trans lives sends a message to the perpetrators of transphobic violence that their heinous crimes are acceptable.

If we are sincerely committed to bringing about positive change, we must centre the voices of trans, non-binary, and gender non-conforming people of colour, and challenge transphobic violence in all its forms. We must consistently demonstrate that Black trans lives matter through our words and actions, and work to protect those most in danger. Only then will we be able to start building a world in which everyone has the opportunity to survive and thrive.