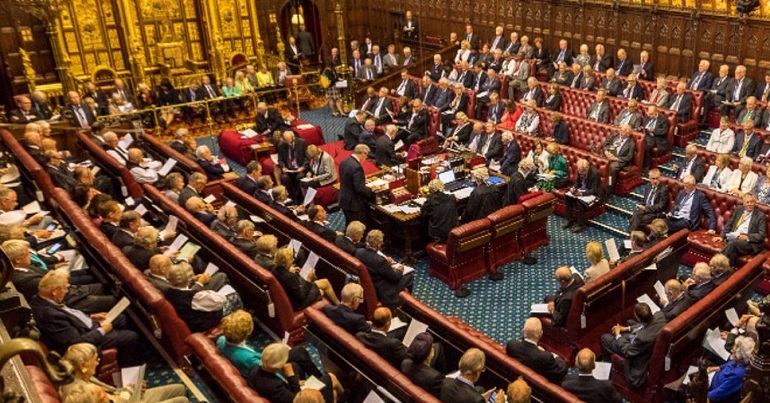 An independent news site has revealed shocking comments Tory peers made about their disabled colleagues. They laced their views with offensive comments and discrimination – not that that’s shocking from the Tories. But at the heart of the story is also a staggering irony.

The Conservative party has refused to act after four of its peers delivered an “extremely alarming” and disablist “barrage of attack” on disabled members of the House of Lords.https://t.co/WJ6lNoqd7P

As Pring reported, the House of Lords was debating:

the use of remote participation and so-called hybrid sittings in the Lords that some of the measures introduced during the pandemic – which include online voting and allowing some peers to take part in debates virtually – should continue when the crisis ended.

Some peers were arguing that the adjustments should stay. Crossbench peer baroness Jane Campbell said the:

She also said it had been:

a relief to watch debates at home on my night-time ventilator and to vote. It improved my focus, decision-making and health.

All this would seem logical and reasonable to many people. In the same way remote working for non-disabled people is now becoming the norm, surely this should extend to parliament? Well, not if you’re a Tory peer.

for the sake of the public who are paying our way, personal infirmity should not provide grounds for exemption from normality… parliamentary participation is for those able to bring vitality to proceedings.

if infirmities of mind or body make that vital contribution impossible, any permanently lowered bar to participation serves peers’ interests, not those of the public. The previous norm should be reinstated: those of us who cannot come to the House cannot contribute.

‘Infirmities’? Farmer appears to have taken us back to the early 20th century. No, really. Because he may as well have said that disabled people should not be peers. His Tory mates lord Howard of Rising and baroness Noakes said similar.

But if you thought that was bad, enter viscount Trenchard with someone holding his pint to take the abuse one step further.

He said that he didn’t believe:

those with disabilities, in poor health or pregnant should be allowed to continue to participate remotely.

He added that it’s:

an unfortunate fact that if a noble Lord’s condition or circumstances prevent his or her attendance and ability to participate fully, it is hard to argue that that member is fully capable of exercising his or her functions as a legislator

So now, disabled and pregnant people shouldn’t be peers, either. Thank god we’ve got rich, old white men to make up the numbers, hey?

an extraordinary barrage of attack on disabled peers and those with underlying conditions that puts them on the clinically extremely vulnerable list.

Back in the real world

But to flip the Tory peers’ comments on their heads, as my partner Nicola Jeffery tweeted:

Well, it's very clear to these Tory peers that politically there is no place for disability & as "unfortunate" as that is it's just not "normal". That's being #Disabled working from home or pregnant btw, so should anyone who is disabled or pregnant be forced to work by the DWP..?

She’s referring to the ‘fit for work’ scandal, where the DWP was assessing sick and disabled people and telling them they were well enough to look for, or carry out, a job. As The Canary previously reported, between 2014 and 2017 10 people a day were dying after the DWP put them in the Work-Related Activity Group (WRAG) of Employment and Support Allowance. As we wrote, the WRAG is:

the part of ESA where the DWP places people aged 16-64 who it deems can start moving towards work.

Ironically, there are disabled people who can’t work even with provision, but the government is making them work anyway. Yet the peers being discriminated against by their Tory colleagues are capable of working, but the same Tory colleagues are trying to stop them from getting adequate provision. The whole thing stinks – but also shows the sickening irony at the heart of the Tory Party.