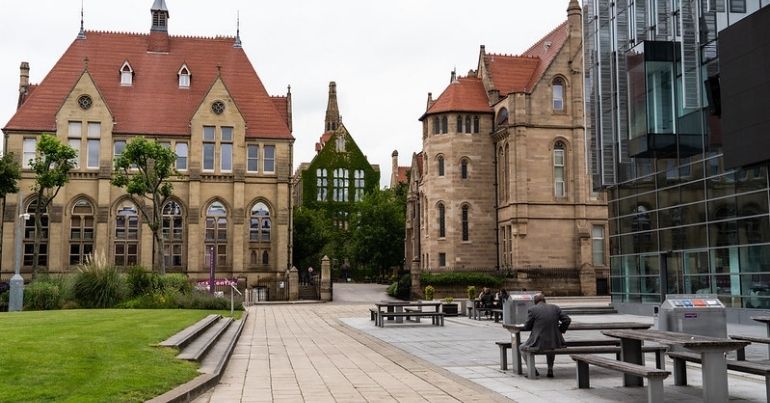 Staring down thousands of pounds of debt you’re likely to never pay off has become the reality for many young people who go to university.

With the interest those debts accumulate, a lot of us will never earn enough money to pay them off entirely. For some, earning below the repayment threshold forever seems the most likely option.

However, ministers are now reportedly considering lowering the salary threshold at which student loans must start being repaid from £27,295 a year to £23,000.

There was an immediate outcry when the news leaked.

Several finance experts immediately pointed out that lowering the threshold would have the largest impact on the lowest earners – those that originally would not have met the criteria for repayment.

Like the Government’s decision to increase National Insurance contributions, this burden targets people earning lower incomes – after eighteen months of such hardship, and with the looming hike in energy prices set to hit millions of the most vulnerable this winter, the injustice is simply astounding.

Staring down a growing pile of thousands of pounds of loans feels insurmountable.

My own student debt comes out somewhere around the £50,000 mark, and that was before any interest was added to it.

I escaped the 2017 undergraduate fees cap rise to £9,250 a year by the skin of my teeth, meaning the years below me are facing at least £750 more in loans.

That’s without considering the maintenance loans. These give more to those most in need at the time, but it totes their debt up even more for daring not to have parents who can help them out.

Perhaps I’m in the minority here, but at 18 I had little concrete understanding of what taking on those loans would mean financially in the future – and I’m willing to bet a lot of other students didn’t either.

It's cool that I made a "contract" with the Student Loans Company 12 years ago but they are still allowed to change it unilaterally whenever they want https://t.co/3wi5wi5hsQ

But the real kicker at the heart of this is regardless of when you start paying it back, the psychological impact of loans looming over students in any capacity is massive.

Studies have found that the idea of racking up so much debt to go to university deters the poorest students the most.

The lower proportion of university students from disadvantaged backgrounds cannot be adequately explained simply by pointing to academic achievement at school. Student funding and fear of debt play a role.

University enrolments may be increasing overall but policymakers must focus on ways to level the playing field for poorer students. Abolishing tuition fees or adopting a means-tested approach would be ways of addressing this inequality.

Now, if the scale of that loan doesn’t look scary enough, let’s think about interest rates.

Interest rates for plan 2 (post 2012) student loans are set at up to 4.5%. Comparatively, the base rate of interest in England currently is just 0.1%. Even some Conservatives have called that level of disparity out as grossly unfair.

Interest does not impact the amount you pay per year.

The eventual conclusion of any sort of student loan maths is that only a small minority of us will ever repay the whole thing within the 30-year limit, at which point it’s cancelled.

Those on lower incomes will pay less a year and be even less likely to ever get anywhere near paying it off. This makes the whole thing feel fairly pointless.

While the annual repayment figure might not look huge in isolation, on a tight budget, it all adds up. Let’s also remember we’re over 18 months into a very difficult time for graduates to find jobs – many have been let go. The latest unemployment rate is at 4.6% – and this has hit young people aged 16-24 particularly hard.

As Paul Johnson wrote for the IFS last year, it could take years before the job market truly recovers economically to how it was.

Now, once graduates start to get back on their feet, they could be looking at worrying about paying off debt much earlier than previously expected.

That’s on top of rising national insurance contributions, energy prices, rents and an ever-ongoing housing crisis where that extra debt to pay could be the difference between you and a mortgage, or even being able to pay the gas bill. With all this in mind, the people that will be hit by a lowered repayment threshold don’t need extra money going out right now.

Even worse, imagine owing an interest gathering £9,250 a year that’s likely to never be repaid when you spent a significant portion of your degree sat on your laptop stuck in a questionable university flat. The last couple of years of students have more right than ever to be upset about student debt.

For me at least, it feels like we’ve been calling to abolish tuition fees for so long it’s faded into the background among an increasing normalisation of huge student debt.

But it is the only way to put higher education on truly equal ground.

It’s best summed up by Gyabi-Ababo in the NUS statement:

They should get their priorities right, end the marketisation of the higher education sector and scrap tuition fees. The Government must re-envision education, and begin to view it as a right for all, not a product that can be bought and sold for individual gain.

Only then can we begin to build the student movement’s vision of a fully- funded, accessible, lifelong, and democratised higher education system.