It's never the generals on trial for wartime atrocities. That needs to change. - Canary 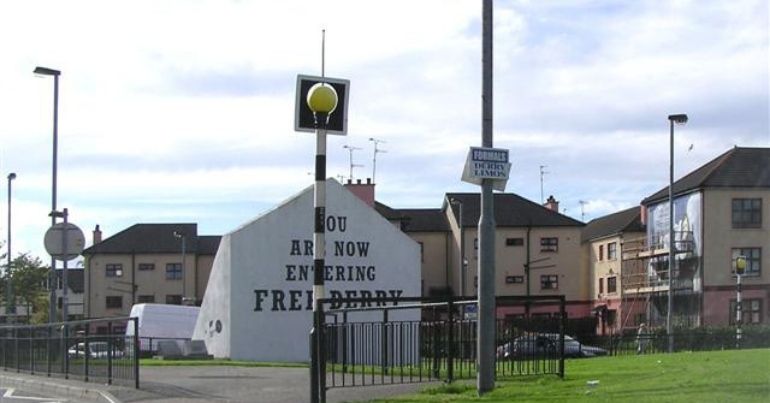 The trial of former soldier Dennis Hutchings is underway in Belfast. And once again, the accused is from the lower ranks. Not one of the powerful commanders who gave the orders is facing trial.

The former Household Cavalry trooper faces a charge of attempted murder. His alleged victim was John Pat Cunningham. Cunningham was 27 and had learning difficulties. He was shot in the back after fleeing an army patrol in 1974. Hutchings has pleaded not guilty to the offence.

Hutchings has won the support of many in the military community. This includes former Tory veterans minister Johnny Mercer, who has been with him in Ireland. A DUP politician even joined the pair for a photo opportunity. Carla Lockhart claimed on Twitter that Hutchings was a victim of politicised courts:

Honoured to support Dennis Hutchings today. A man of 80 years old, with severe heart and kidney problems, being dragged before the courts to appease Republicans. The same Republicans who are safe in the knowledge they will never be before the courts for heinous crimes. pic.twitter.com/oslsFwQF74

Hutchings served in the Household Cavalry as a non-commissioned officer. That means he was part of the workforce not the boss class of officers. In fact, barring a few exceptions, most of the soldiers accused of war crimes from Ireland, Iraq, and Afghanistan served in ‘the ranks’. And here there is a question about accountability.

What the average soldier does on the ground reflects how they are trained and led. Yet the burden of legal cases always seems to fall on low-ranking personnel and never on the generals and politicians in charge. So what’s the alternative?

Derry writer and politician Eamonn McCann captured this sentiment in a head-to-head debate with ex-general and peer Richard Dannatt in 2019.

What we’re seeing [is] what Kipling called the “poor blood infantry”. Your rank-and-file soldiers, they have to carry the can. Somebody organised it, somebody gave the Paras to understand that it would be okay if you go in there and shoot innocent people. Where are they?

And he went on:

And I agree with the person who said [gestures to the audience] where are the IRA leaders? Why are the foot soldiers being dragged up all the time? Where are the bosses? The bosses are sitting pretty, and none more so than the bosses of the British Army, now made Lords and the rest of it. And none of them were ever held to account.

That’s not to say low-ranking soldiers who carry out atrocities should get away scot-free. However, the fact that courts only seem to look at working class squaddies, who have little say over the broader scope of operations, is intolerable.

The senior officers with the actual power who give the orders should also be in the dock.