Vaccines work but forcing them on people is authoritarian - Canary 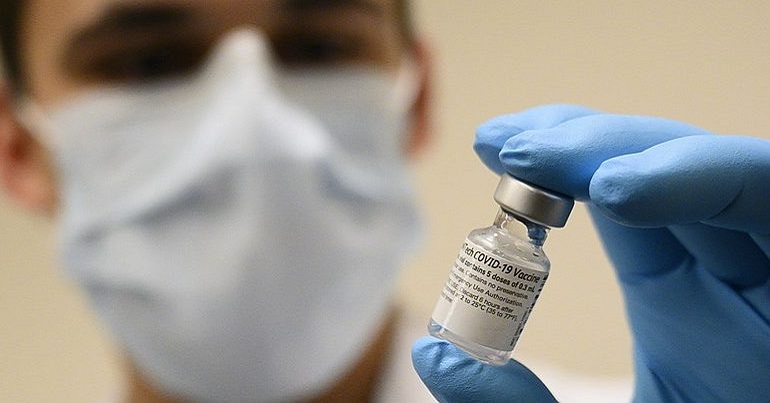 30 comments
Support us and go ad-free

Coronavirus (Covid-19) vaccines have become a topic of fierce debate. Different sides of the argument seem entrenched in their positions. But is there a right and wrong position on this? And does the idea of forced vaccinations and passports reek of corporate fascism?

In short: no forced vaccines or passports

Let’s sum this up fairly easily:

There. That was easy – wasn’t it? Well actually, no. Because the reasoning behind this position is extremely complex – and not in the slightest ‘anti-vax’.

Vaccines: the arguments for them

The arguments for vaccines are that they reduce the risk of severe illness and cut hospitalisation and mortality rates. This is fairly obvious by anyone’s standards from the data for the UK. Studies are also showing that vaccines are reducing transmission. But Omicron is an unknown quantity. Currently, some evidence shows it’s evading the vaccine. It may be that (much like seasonal flu) vaccines will need to be adjusted accordingly to beat Omicron.

So, surely that is enough of a reason for the government to force us all to have both them and vaccine passports, no? ‘Protect the NHS. Save lives’ and all that. Well, again – it’s not that straightforward.

As my editor said to me when discussing this article, there’s a “genuine tension between personal freedom and collective responsibility”. The current UK administration is perhaps one of the most right-wing in recent memory. So, trusting them with our civil liberties seems bizarre at best. UK governments have form on rolling our basic rights and freedoms back under the guise of ‘public interest’.

Tony Blair’s allegedly centre-left Labour Party from 1997-2010 was one of the worst offenders. Also, “disaster capitalism” as it’s known – when governments use a crisis to further control or change society – is nothing new. So to think that the Tories aren’t exploiting the pandemic is naïve at best: from dodgy PPE contracts to what a future with vaccine passports/digital ID may look like via “secrecy” clauses for companies like Pfizer over their contracts with the government.

The point being, our right-wing government is turning the UK into a corporate fascist state. I have written extensively about this for The Canary. In short, it’s the idea that politicians have allowed corporations unbridled power and the same rights as citizens – which ends up concentrating power into their hands. Forced vaccines or vaccine passports could hand more power over our everyday lives to corporations. For example, a pharmaceutical company could deliberately restrict the supply of a vaccine to increase profits and therefore indirectly resrict people’s freedom if passes remain in place.

Yet as things stand, we’re supposed to believe the government is a benevolent entity acting in our best interests? Germany has forced “quasi-lockdowns” for the ‘unvaccinated’ or people who haven’t recovered from coronavirus – where they are not allowed to go into certain public spaces. This is one example of where the UK may head – and Germany’s centre-left government is a fairly liberal one. So, imagine what ours may do.

Of course, what we’re also seeing with the vaccine rollout is the different industries of capitalism pursuing their own interests. On the one hand, you have the interests of big pharma. Then, on the other, you have the nighttime/service sector economy. It’s clear right-wing governments are stuck in the middle here because both these subsets of the economy are crucial for capitalism’s wheels to keep turning.

So, mandatory vaccinations and passports are the obvious solutions to keep both sectors happy. Big pharma makes a killing – and the nighttime/service sector gets to stay open. Once again, the rest of us are left with doing what we’re told, to protect corporate profit. If ever there was another reason to nationalise the pharmaceutical industry, it’s this.

One size fits all vaccines: a failed approach

There also needs to be a debate about the ‘one size generally fits all’ approach to vaccination. While the vast majority of people will experience no major side effects from the jab, this is not the case for everyone. Just in my Twitter community, I know of several people living with myalgic encephalomyelitis (ME) who have had the vaccine and it’s made them even sicker. Sadly, the voices of chronically ill and disabled people are often erased from the discourse.

Plus, human physiology and genetics are complex things. Mass vaccination programmes only factor in risks for a few patient groups. So, diseases like ME, whose origin is still unknown and yet is generally triggered by a virus, are ignored in this. Some people may argue ‘well, it’s better than them dying’. I know some people who would disagree with this given how severely ill they are. Moreover, they shouldn’t be given this binary choice anyway.

The sins of the few cause the punishment of the many

But ultimately, the story of government-mandated vaccines is the same as other catastrophes like the climate crisis. Essentially, the sins of the few cause the punishment of the many. The actions of the wealthiest people and corporations have resulted in our entire species now being under threat from climate breakdown. And governments prioritising the economy and the needs of capitalism over public health at the start of the pandemic have meant countless unnecessary deaths and the almighty mess we’re now in – including the debate over vaccines.

Capitalism: reaping what it sowed

Also, the fact that governments are getting closer to forcing vaccinations upon us is in some sense of their own making. As a species, corporate capitalism encourages us to become obsessed with ourselves at the expense of others. Our own responsibilities to our communities, our species, and wider ecosystems have been eroded over time. In a perfect world, we all would have voluntarily locked ourselves in our homes with robust government support until the virus died a natural death. Sadly, humans are not an innately selfless species – and corporate capitalism encourages that.

From the start of the pandemic, the government’s handling of it was a disaster. It should have closed the borders immediately; locked down quicker; provided better financial and social support for everyone, and made it the goal to try and reach ‘zero Covid’. But this didn’t happen. In reality, the government’s response was often driven by sham behavioural science; decisions were either wrong or too late, and that has now left us in this position. Because of government ineptitude coupled with capitalism’s needs, we have a binary choice of ‘to vaccinate or not to vaccinate’. It should never have been this way.

Vaccinations per se have been a good thing for humans. As a society, we generally exist in close proximity to each other, encouraging disease transmission. We’re one of the few vertebrates that cannot synthesise our own Vitamin C, putting our immune systems at a natural disadvantage. This is made worse by structural and social factors like poverty and nutritionally poor food. And mother nature is, as coronavirus has shown, constantly evolving – bringing new threats to our door. So, the fact that humans have a first line of defence against viruses is obviously in our own interests. Vaccination programmes should holistically look at each person, their health, and how it could potentially impact them while weighing up the benefit to the rest of society.

But ultimately, the decision to have a vaccination should be a personal choice. Humans surely should have evolved beyond a point where those in charge of us have to enact laws to force medication upon us. We should be making these decisions ourselves, knowing that there is a benefit for us as a society to be vaccinated. For those of us who, for whatever reason, choose not to have it there should be no legal repercussions.

Governments should not force us to have the vaccine because of their own mistakes and profit-driven agendas. We should all be looking at what we can do personally and collectively to stop the spread of the virus, reduce pressure on the NHS and save lives. And then, we need to consider how we allowed this situation to arise in the first place – making sure it never happens again.