Did the Sun cover up the government’s lockdown parties? - The Canary 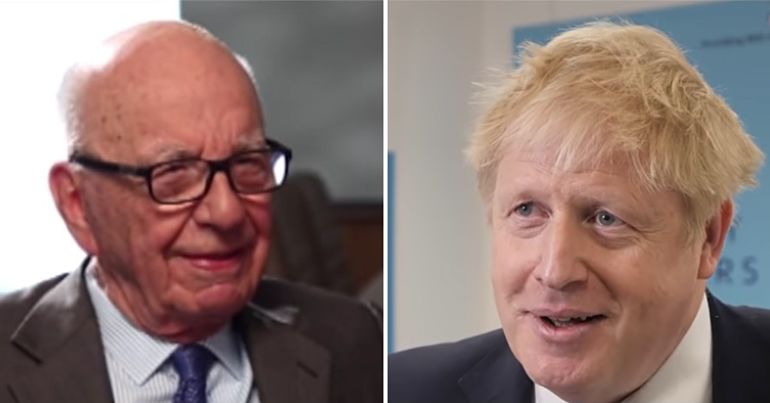 Hundreds of senior politicians and civil servants are reported to have attended lockdown-breaching parties on government premises over the last two years. The revelation that people working at No.10 partied as the public cancelled weddings and had Zoom funerals was a new low for the government.

It would also have been a huge scoop for a newspaper. So why did it take so long for the truth to emerge?

Politicians and the press are too close.

Now we know. One of the lockdown parties, on 16 April 2020, was organised in honour of – and attended by – James Slack, now the Sun’s deputy editor. The newspaper has long claimed that independent press regulation to protect the public (and part two of the Leveson Inquiry into the relationship between journalists and the police) would affect its ability to hold power to account. However, it did not reveal the fact that this party happened.

The failure of the Sun to publish this story suggests that the newspaper cares more about protecting its deputy editor or their connections with senior members of the government, than exposing government wrongdoing. Either way, the suppression of the story shows how dangerously close our politicians and the national press have become.

This follows the revelation a year previously that the Spectator’s assistant editor knew that Dominic Cummings had driven across the country while infected with Coronavirus (Covid-19), in breach of government guidance, yet did not include this detail in her own coverage of those events.

The Sun and The Spectator may not be alone.

On 27 November 2020, editors and executives from the Daily Mail, the Daily Telegraph, the Sun, and the Sunday Telegraph all met with the prime minister. This was on the same date as a lockdown party is alleged to have taken place.

None of the newspapers represented at these meetings reported on the parties at the time. Of course, there is no evidence that they were aware of these parties, and it may have been a coincidence that they had un-minuted meetings at No.10 on the same date. But what if they had been aware? The public would never know.

The Sun’s hypocrisy is breathtaking.

The Sun may have been slow to expose lockdown breaches in the government, but it is quick to attack the public for breaches of the rules. In December 2020 it labelled a series of well-known individuals as “Covidiots”, including Rita Ora, Kay Burley, Piers Morgan, AJ Pritchard, Kylie Jenner, Madonna, and Gordon Ramsay. Their offences included a hug and visiting a friend.

That same month, it has since been reported, the Sun hosted its own staff party with “booze and food”. Despite this party, the Sun did not include itself among its list of “Covidiots”. Sun editor Victoria Newton responded to recent questions about the event from the BBC, saying:

There was an investigation into that at the time, that’s all I’m prepared to say

Even if an investigation was undertaken at the newspaper, any publisher genuinely committed to exposing wrongdoing would reveal what was going on in its own office. Instead, the editor still won’t divulge the full truth more than a year later.

This is not what real journalism is about.

Genuine public-interest journalism holds the powerful to account. If reporters are to be able to do their jobs right they cannot have close and friendly relations with the powerful. Editors of independent publishers like The Canary aren’t invited to dinners in Downing Street. And that’s how it should be.

But it’s another story when it comes to the national press, which is so close to the current occupant of No.10 that it wouldn’t be surprising if Rupert Murdoch had a spare key. The way these lockdown parties were hidden from the public for so long is the tip of the iceberg.

Just a few months ago it was widely reported, for example, that Boris Johnson left a climate change conference – by private jet – to attend a dinner with various Daily Telegraph journalists including its former editor and self-confessed climate change sceptic Lord Moore.

Days after the Daily Mail was humiliated in court in litigation with Meghan Markle, the government announced plans to change the law to make cases like Markle’s less likely to succeed in the future. Hacked Off research has found that government representatives meet with the Murdoch media – on average – every other day that Parliament is in session. This isn’t a relationship of necessity. It’s a partnership. An alliance that, too often, puts the interests of the press and the government ahead of those of the public.

That’s why Hacked Off has launched a petition, calling for such an investigation to take place – with almost 10,000 signatures already.

We can’t trust the national press to investigate and report fairly on itself. We need a full, independent investigation to get to the bottom of the unhealthy relationships between the government and the media, in the form of a public inquiry like Leveson Part Two.

Nathan Sparkes is the chief executive of the Hacked Off Campaign

Sign Hacked Off’s petition into the relationship between the press and the Government.