Let's remember all victims of Israeli apartheid, not just the prominent ones - Canary 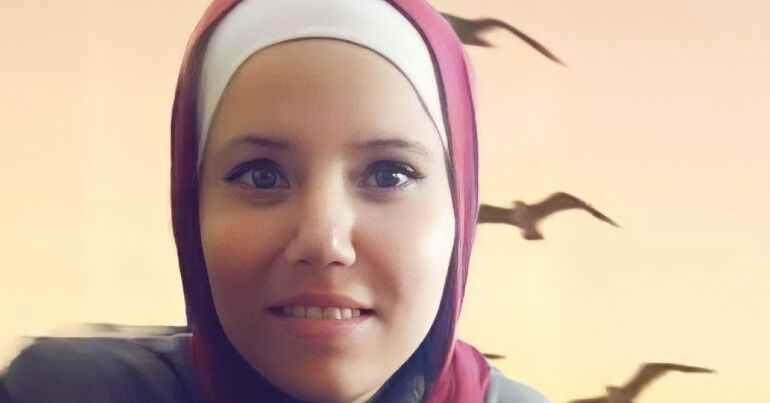 You probably heard about the Al Jazeera journalist Shireen Abu Akleh, who Israeli Occupation Forces (IOF) murdered on 11 May. She was killed by a bullet to the head. But you may not have heard about the lesser-known journalist Ghofran Warasnah, who the IOF also killed on 1 June. They shot her in the chest, and reports state that the Israeli occupation prevented paramedics from getting to her for twenty minutes.

The IOF targeted Shireen’s funeral, sparking some rare international outrage about Israel’s callous brutality. However, when they also attacked Ghofran’s funeral procession, there was no outcry in the mainstream media.

It is unsurprising that the IOF stated that Ghofran was carrying a knife. The occupation thinks nothing of saying that the people it murders were armed or carrying out some sort of attack, without providing evidence. The Israeli state makes up truths as it goes along. And its ally countries are all too willing to let it get away with it. Ghofran is a perfect example of this.

They try to downplay their crimes [with these claims] to save their reputation to the outside world.

Ghofran was on her way to work as a news journalist at Dream Radio in Hebron. Her employer Talab Jaabari said:

Ghofran had applied for a job as a news presenter at our radio two weeks ago.

She went through some qualification tests and was hired and today [Wednesday] was her first day of work. We were waiting for her to be the first to go on air as our new voice, but instead we received the news of her killing.

Ghofran’s brother told Middle East Eye that she had prepared her first news report for the radio station. The subject of the report, ironically, was Shireen’s murder.

Shireen’s murder made headlines around the world for a few reasons: firstly, because she was a prominent journalist for a mainstream media outlet. She had worked for Al Jazeera for 25 years. Secondly, she was not just a Palestinian citizen – she was also an American citizen.

Although the international mainstream media extensively covered her murder, Shireen’s reputation didn’t prevent them from reporting with bias. Outlets like the BBC stated that Shireen’s coffin was “jostled” and that “Israeli police and Palestinians clashed”. This played down the fact that Israeli forces attacked her funeral.

This kind of reporting is, of course, deliberate. And it’s something that the BBC and others have been doing for decades. Biased journalism serves the Israeli state very well: the occupier doesn’t ever have to answer for its crimes.

Ghofran, on the other hand, didn’t have the international credibility for governments or media outlets to deem her a journalist worthy of mourning. There were no big news headlines for her.

She is just one of four people who the occupation murdered within 24 hours of each other. Bilal Kabaha was also murdered on 1 June. According to Middle East Eye, Israeli snipers were positioned on rooftops while the occupation carried out a punitive demolition of a house. Bilal was one of many who turned up to resist the raid on his village. Israeli forces also delayed an ambulance from getting to him.

Meanwhile, on 2 June the IOF murdered Ayman Muhaisen in Dheisheh Refugee Camp. Dheisheh camp is constantly raided by the IOF. His murder leaves three children – aged one, three and five – without a father.

Hours later, the IOF murdered 16-year-old Odeh Sadaqa close to the apartheid wall. He was shot in the back, and the bullet went through his heart and exited through his chest.

Under international law, intentional lethal force is only justified in circumstances where a direct threat to life or of serious injury is present. However, investigations and evidence collected by DCIP regularly suggest that Israeli forces use lethal force against Palestinian children in circumstances that may amount to extrajudicial or wilful killings.

Odeh is the 14th Palestinian child shot and killed by Israeli forces in 2022, according to documentation collected by DCIP.

And let’s remember all the prisoners, too

While we mourn all our Palestinian comrades murdered in cold blood, we must also remember those who are locked up in Israeli prisons. Addameer, the prisoner support and human rights association in Palestine, states that there are currently 4650 political prisoners, including 170 child prisoners.

Of the 4650 prisoners is 40-year-old father Khalil Awawdeh, who is in critical condition after 96 days of hunger strike. Another prisoner on hunger strike, Ra’ed Rayan, has refused food for 61 days. Israeli forces are refusing hospital treatment for both prisoners.

Meanwhile, Israel is detaining some 490 Palestinian people pre-trial. And the majority of them are continuing a boycott of the judicial system. Since January, they have been taking part in civil disobedience by organising sit-ins in prison yards.

We need to shout out loud as we mourn for Ghofran and everyone else the IOF has murdered. And we also need to amplify the voices of those on hunger strike in the prisons. Generations after us will look back and ask us what we did to prevent Israeli apartheid. It’s on all of us to see through the propaganda and see Israel for what it really is: a murderous apartheid state. And it’s on all of us to act to stop it from killing more Palestinian people.