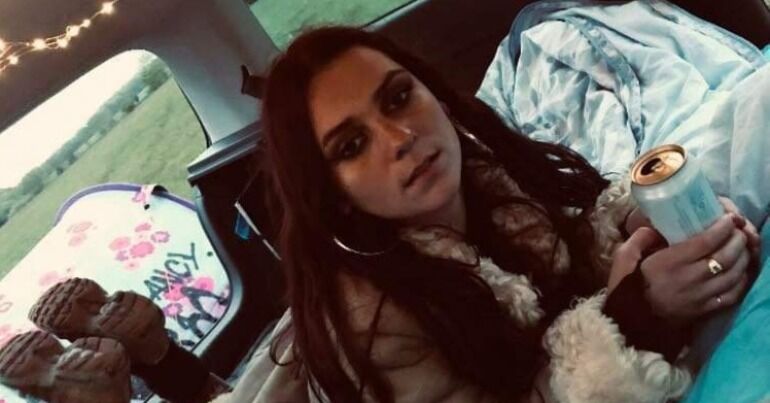 “My daughter has gone through fourteen months of mental hell,” Fiona Rauh told me. “She has not been left untouched by this episode.”

Fiona’s daughter, 21-year-old Ailsa Rauh, is one of many young people in Bristol who have been relentlessly targeted by the British state. Ailsa is one of thousands who took part in a Kill The Bill protest in March 2021. The protesters were demonstrating against the draconian Police, Crime, Sentencing and Courts Bill – the biggest assault on our rights in recent years – which has now been passed into law. At the same time, people were marching to mourn Sarah Everard, who had been brutally murdered by a Metropolitan police officer just days before. The police pepper sprayed protesters, struck people’s heads with their shields, and set dogs on them. People defended themselves against the onslaught, and the demonstration made international headlines after police vehicles were set on fire.

Since then, the state has continued to target the protesters, arresting people who were on the frontlines, forcing them through long-winded court cases, and imprisoning them. Others have had their court cases delayed until 2023, their lives put on hold for an agonising two years, not knowing whether they, too, will go to prison.

“Strategically tortured” by the state

Ailsa is one of only a handful of defendants who, so far, has been found not guilty in court for her part in the protest. She was prosecuted by the state after she kicked back at a police officer to try to defend herself and others from excessive police force. 21 other protesters have been sent to prison because the Crown Prosecution Service (CPS) has gone out of its way to change the narrative of what happened that day, painting those demonstrating as a “mob” working together to attack the police.

Ailsa has had to watch friends, and people she has come to know, going through hell. They’ve been strategically tortured and given out-of-proportion custodial sentences for their part in the Kill the Bill protest: their only crime being to stand up for their rights and to stand against police violence on that day in March 2021.

Ailsa was severely overcharged with riot by the state. This charge was so severe that it has destroyed her mental health and has put her young life on hold for over a year.

Knowing that it might not get a successful conviction for riot, the CPS eventually lowered Ailsa’s charge to violent disorder and affray. Rather than pleading guilty to these lesser charges, Ailsa found the courage to stand trial, knowing that if convicted, she would still end up in prison. Fiona said:

Somehow with support from friends and supporters she dug deep and managed to find the strength to take her case to trial and fight for justice. No easy feat. What followed was four seemingly endless days of trial, mentally exhausting, taking its toll on everyone in that court room. Four days in court for one kick! And then finally justice – the jury saw her innocence immediately.

“Relentless” pursuit by the CPS

The state has been hell-bent on punishing anyone who was on the frontlines on 21 March 2021, in what witnesses described to an All Party Parliamentary Group on Democracy and the Constitution as “revenge policing”. After the demonstration, Avon and Somerset police published a number ‘wanted’ photos. They were keen to make an example of those who took a stand against police violence and increasingly dictatorial state laws. Fiona argued:

The relentless and strategic pursuit of the CPS brought Ailsa to her knees and almost tortured her into taking a guilty plea, just to end her turmoil. Never would they back down or see common sense, they were so determined to make a political point regardless of the mental toll on a young person.

Dozens more young people are awaiting trial. The toll the court cases will have on them can’t be underestimated; neither can the violence they were already subjected to at the hands of the police in March 2021. Fiona concluded:

Ailsa will continue to suffer the aftermath, anger at the way she was treated by her country, survivors’ guilt and the feeling that she has been chewed up and spat out by the system.

Others will also be standing trial for their part in the protest over the coming months. It’s essential that we are allies with them: after all, they put their physical safety on the line for all of us.