King Charles III: time for a proper conversation about republicanism 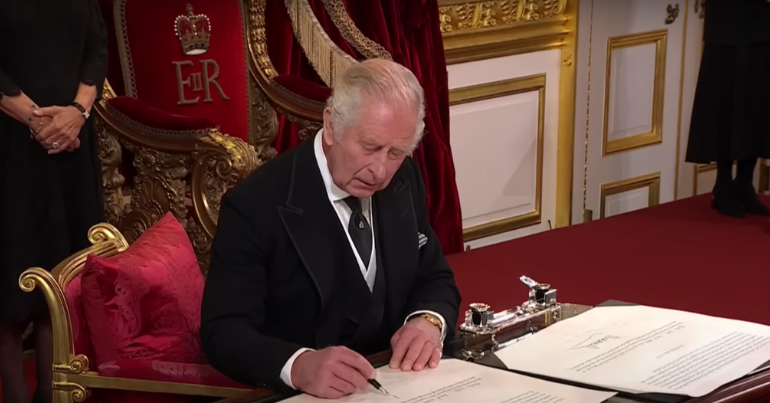 The queen was good at what she did; slick even. Her public faux pas were few, or not widely grasped enough to have wide impact.

King Charles III has no such reputation. He’s already sacked his staff and made several brattish clangers on video. He helped make a hero of his late wife Diana through his and his family’s antics, and his Jeffrey Epstein-linked brother Andrew will automatically deputise for the king in case of emergencies. On top of this, Charles has been for many years an ambassador for the British arms industry.

He must not have an easy ride, at least not nearly as easy as his life during his 73-year apprenticeship. The truth is, the king has to go, and so does the institution of monarchy. And no amount of monarchist (or republican) moralism about timing, or respect, or most laughably their ‘service’, should stop us saying it. Anything which inspires the bizarre queue – a sort of idiot ‘Human Respectipede’ – currently winding its way through London’s streets needs to go in the bin.

That said, republicanism in mainland Britain is in a shocking state – despite a decent amount of support for it. Up to a quarter of Brits want an elected head of state – this goes up to 40% among young people. Meanwhile, 36% of Scottish people say the end of the queen’s reign should usher in a republic. These are sizeable minorities which are given few platforms in the mainstream media or public narrative.

And they are right to oppose it. The monarchy is a ridiculous and oppressive institution built on violence. There is no nuance to be had here: if you are a monarchist, or waver and drip over the question of monarchy (in which case, you may well be a monarchist), you are either immoral or ignorant.

If you can see the monarchy for what it is and don’t care, you’re clearly immoral. If you refuse to stop being spoon-fed lies about the British empire, you’re purposely ignorant.  At least the latter category might be redeemable through education, but not with things as they are.

The only specific organisation which speaks to this grand old strain of UK politics is Republic. Liberal, reformist, and flaky, its first call upon the death of the queen was instructive: let’s hold fire on debate until a more appropriate time:

There will be plenty of time to debate the monarchy’s future. For now, we must respect the family's personal loss and allow them and others to mourn the loss of a mother, grandmother and great grandmother.

This should not shock. It is a feature of liberal republicanism that it is almost as twee and deferent as monarchism itself, and about as likely to seriously oppose the Royal institution. And this is nowhere more apparent than in the main organisation meant to oppose the Royal racket.

There isn’t really a question about whether we need to get rid of the monarchy. It’s about how we oppose it in an invigorated and non-deferent way.

The questions of land ownership, foreign policy, democracy, landlordism, equality, climate change, and more run smack bang through the middle of the monarchy – the ridiculous medieval core of what purports to be a modern state. That is not to say its ideal replacement is a president. No capitalist state can ever be good enough. But a fierce new republicanism can start to address and oppose our own unique, and uniquely perverse, systems of power.

Republicanism, rather like free speech, is simply too important to be left to flaky liberals and self-assured Tories. It must become a key part of any strategy to increase working class power and confidence.