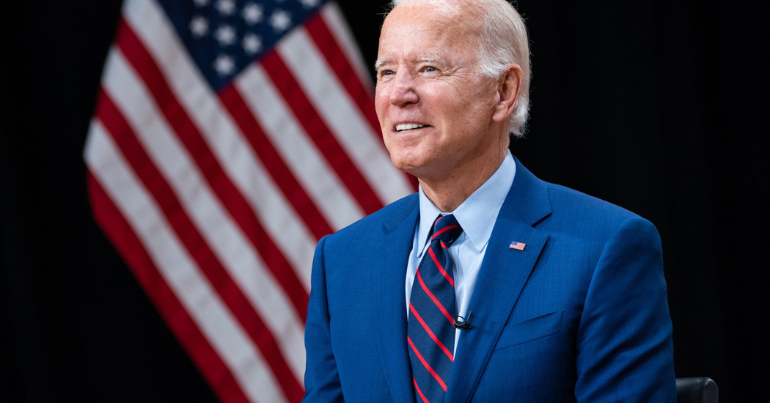 Too many lives have been upended because of our failed approach to marijuana. It’s time that we right these wrongs.

These are the last two sentences of Joe Biden’s statement on his executive order from 6 October that granted pardons for all those convicted of simple possession of cannabis. Biden also called for the Secretary of Health and Human Services and the Attorney General to begin the process of rescheduling cannabis in federal law. In most liberal circles, this was celebrated as a huge win for justice and a big symbolic step towards ending the ‘war on drugs’. It also served as a very easy win for Democrats to tout during the upcoming election season, and to silence critics of Biden from the left.

Quickly, however, the cracks began to show when pro-legalization organizations, advocates for undocumented immigrants, racial justice organizers, and others began pointing out inconvenient facts about the executive order. These facts included that undocumented immigrants were excluded from the order; that this wasn’t expungement, meaning that people still have these crimes on their records; and that nobody was released from prison as a result of this order.

These things being noted, and many are asking what the point of the order was if so many were left out and so little was done to enact immediate material change. I argue that the point of moves like these – that look radical but are anything but – is primarily to maintain the illusion of the United States as a nation of progress—specifically in the eyes of white liberals.

Some historical perspective is helpful in understanding the dynamics of our present. The United States is a society that was born through the violent invasion of Native people’s land, the attempted genocide of their peoples (which is still ongoing), the enslavement of millions of Africans, and the colonization and theft of the resources of nations all over the planet. This is what is called a settler colonial society. Settler colonial societies exist because of unimaginable colonial violence, but these same societies often justify their existence based on their ‘advancement’ and ‘level of civility’.

Realistically, one would question how a society that engages in genocide and slavery can also see itself as the most advanced democracy on the planet. In truth, all settler colonial societies – the US included – are societies held together by cognitive dissonance. There are always far-right elements who actively lean into their genocidal past, but most other members of settler colonial societies want to see themselves as good people who are part of a good society. To this end, an entire culture develops to protect white settler citizens and their descendants from the reality of the violence meted out daily in order to sustain their lives.

The two main ways to prolong this status quo is to imagine away the violence altogether, or to somehow justify the violence directly. A big example of the latter is the justification for cannabis criminalization in the first place. Cannabis was painted as a key driver of Black and Brown criminality. That imagined connection between cannabis and criminal savagery justified the creation of the prison industrial complex and the expansion of police over the past century. You also see this in the denial of the brutality of chattel slavery in US school textbooks, and the minimizing or purposeful ignorance of the crimes of historical figures such as Washington, Jefferson, and Lincoln. There are many other examples, but they all serve to allow primarily middle class white Americans to keep their image of the US as the “shining city on the hill” intact.

This brings us back to the present, and to Biden himself. Many liberals in 2016 touted him as the cure to the rot that is Donald Trump. He was supposed to usher in much-needed reforms – the biggest being a proper Covid-19 response strategy and to address anti-Black police violence. On both fronts we’ve gotten a lot of talk, but not many of the concrete measures vulnerable communities have been asking for.

Instead, Biden and his party have engaged in reifying the myth of the ‘urgency of normal’ in the case of Covid-19 to protect corporate profits. Similarly, they have played into the myth that police solve crime by facilitating the ballooning of already excessive police budgets. This contradiction is why things like the cannabis executive order are necessary. They serve as a way for his liberal base to hold onto the idea that society is still “progressing”. That means they don’t have to question, for example, how Biden’s own actions are a large part of why we need cannabis reform in the first place. It’s these things that are used to silence marginalized people when we rightfully criticize Democrats for not truly addressing the needs of our communities or apologizing for their part in preventing us from meeting them.

Americans have been largely conditioned to downplay harm. If we want to truly see a more just world, we – especially the most privileged among us – have to resist that conditioning. We have to see this society and our leaders for what they truly are, and not the illusion that is fed to us. It’s through that resistance that we will collectively achieve the resolve necessary to push for true, substantive change that actually unbinds us from this country’s terrible past.