Starmer 'respects' Rowling on trans issues, but why? 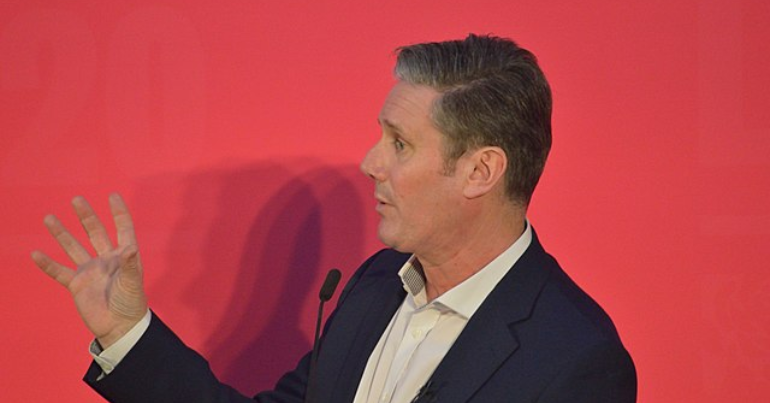 On Friday 25 November, Keir Starmer – leader of the Labour Party, despite all appearances to the contrary – made an appearance on the Telegraph’s in-house podcast. Presented by political commentator Christopher Hope, the episode was titled Chopper’s Politics: Sir Keir Starmer on taxes, the trans debate, and kissing a Tory.

As usual when the topic turned to trans rights, Starmer gave a bunch of by-the-numbers platitudes – and then sat on the fence so hard that he’s going to need tweezers for the splinters.

Let’s get this out of the way – Starmer did manage to get a few things almost right. He was emphatic that he would not be joining the growing gaggle of politicians who are dismissive or outright hostile towards trans identities:

I’m not going to just dismiss or ignore or pretend that a small group of people who don’t identify with the gender they’re born into don’t exist in some way or disparage them in some way.

Furthermore, when asked how he would define a woman, he stated:

Let me start by saying the blindingly obvious for 99.9 something per cent of women, it’s all biological and it’s very straightforward…So that’s, in a sense, very straightforward. But as you will all know, there is a small number of people who do not identify with the gender that they were born into, and it can be incredibly stressful.

During the interview, Starmer leant quite hard on there being a “small group” or “small number” of trans people. Now, we don’t have accurate data on the population of trans people in the UK, as the government doesn’t collect this demographic information – a fact for which I’m increasingly thankful. However, Starmer is probably off by an order of magnitude. Stonewall puts the percentage of trans and non-binary people at around 1%. Still, a relatively small population.

The Labour leader also took some time to focus on trans youth. He said:

And there are young people who are going through real anguish actually in relation to this, and I’m not going to join those that just want to add to the abuse of that small group of people.

Young trans people are at the centre of an increasingly venomous attack. They form a wedge issue for anyone who can stretch to the recognition of trans adults’ autonomy but can’t extend the same basic decency to children. Most recently, new NHS guidelines call for social workers to get involved if young trans people obtain healthcare outside of the NHS.

Trans youth deserve our full support and solidarity. However, this professed desire to support young trans people is somewhat at odds with Starmer’s recent words. In an interview only last month, he said:

We all know what it’s like with teenage children. I feel very strongly about this… This argument that children [can] make decisions without the parents is one I just don’t agree with at all.

I’d like to point out to the Labour leader that denying trans children their healthcare simply because they have unsupportive parents is the very definition of adding to their abuse, as he put it.

Never one to say the right thing and leave it at that, however, the Labour leader also repeated some tired talking points that are at best inaccurate and at worst deeply worrying. He stated that the discussion of trans issues had become “toxic”. How exactly a ‘debate’ can remain non-toxic when one side is seeking to strip the other of their already-existing rights is quite beyond me.

He also complained that any discussion of trans issues resulted in “immediate shut down” the “moment anyone expresses a view or even inquires”. Let me be clear – this “immediate shutdown” is completely fictional. This fact should be obvious with even a moment’s reflection.

The mainstream media is literally flooded with articles on the manufactured ‘trans debate’ (Lord how I hate that phrase). The halls of parliament ring with increasingly regular attacks on the rights of trans people. And even within the Labour party, we can see that the ‘debate’ hasn’t been shut down. Despite her loud-and-inexplicably-proud transphobia, Rosie Duffield still has the whip.

Then, responding to the inevitable question on gender-critical darling and sometime author JK Rowling, Starmer completely dropped the ball. “I respect her position on this,” he said. “People do take different positions on this.” It would be good to pinpoint what exactly that position is before we “respect” it, though.

It feels like we haven’t managed a month in the last few years without Rowling being in the news or trending on social media for her hostile stance on trans rights. She’s a vocal opponent of self-ID in Scotland. She supported Maya Forstater, whose job contract was not renewed due to her transphobic tweets. On top of that, she’s also published lengthy screeds – devoid of good evidence – on her opposition to trans women being women, and conflating hormone therapy and conversion therapy.

In the Chopper interview, Starmer said:

Let me say there’s a small group of people who don’t identify with the gender they’re born into and I’m not going to ignore that, most reasonable people say, ‘Actually I can live with that as well’.

However, we know for a fact that Rowling isn’t one of those reasonable people. She has specifically mocked the idea that womanhood is not directly tied to menstruation. If you have no room in your worldview for someone who menstruates whilst not being a woman, you have no room for trans people.

Off the deep end

When Starmer claims that there’s “much more room for agreement than we sometimes think” with people like Rowling, it is worth remembering where a transphobic line of thinking leads, and who supports it.

Better thinkers than me have highlighted the pipeline from ‘just asking questions’ transphobia to far-right ideologies. We also know that much of the transphobia both in the UK and the US is funded from far-right and evangelical Christian pots.

Evidence of the links between so-called ‘gender critical’ transphobia and the far right can be seen in miniature on Rowling’s timeline. She’s received rightful criticism for her praise of self-described fascist Matt Walsh’s film What is a Woman? More recently, she has even liked content from ‘Libs of Tiktok’ – an extreme-right twitter account which directs hate toward left-wing individuals and LGBT+ people. Most famously, the account posted a video which lead to bomb threats being made against Boston Children’s Hospital.

So, where is this “room for agreement”, Sir Keir? If – as you say you do – you don’t want to dismiss trans people or pile hate on them, where can you find common ground with the people who do want those things?

The opponents of trans rights are edging ever closer towards the far right, if they weren’t there already. As the Overton Window on trans issues slips ever further toward the denial of our basic humanity, we need a political leader who is actually willing to take a firm and unequivocal stance in our favour.