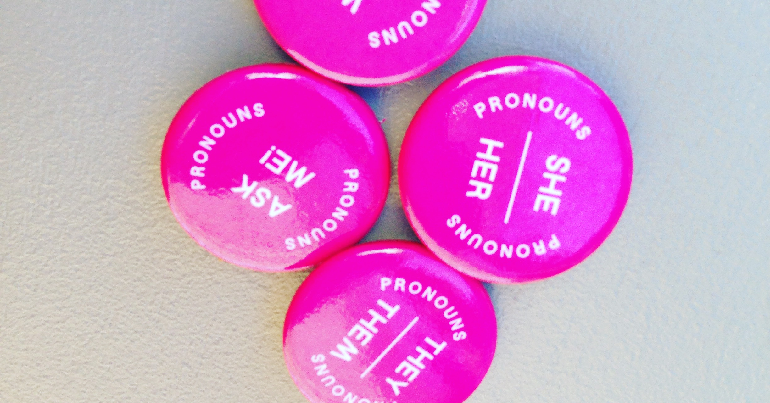 On 29 November, the UN special rapporteur (SR) on violence against women and girls wrote to the UK government to share her concerns regarding the Gender Recognition Reform (Scotland) Bill (GRR). The Scottish Parliament, along with six women’s rights groups, have now responded – absolutely demolishing SR Reem Alsalem’s arguments in the process.

The GRR bill will allow trans people in Scotland to acquire a Gender Recognition Certificate (GRC) through self-identification (self-ID). This would mean they can avoid the lengthy panel process which is currently in place in the UK. The proposed bill has now undergone two public consultations and has passed the first stage of becoming law.

Alsalem raised a series of concerns which will, by now, be quite familiar to anyone who has reason to pay attention to the transphobic and so-called ‘gender critical’ discourse on the internet. In fact, many of the leading lights of this discourse appear in the SR’s Twitter follows. And, right on schedule, the letter was immediately seized upon by gender critical voices calling for the GRR Bill to be reformed or scrapped altogether.

The BBC was quick to report on Alsalem’s letter as a ‘report from the UN’. It originally ran with the headline “UN report warns men could ‘abuse’ Scottish gender reforms”. This was later corrected to “UN expert warns men could ‘abuse’ Scottish gender reforms.” Pink News highlighted the misleading and transphobic nature of this distinction, as it lends far more weight to Alsalem’s words than they are due.

First and foremost, Alsalem argued that:

such proposals would potentially open the door for violent males who identify as men to abuse the process of acquiring a gender certificate and the rights that are associated with it.

In the nine-page letter, she also raised questions around the “insufficient clarity” of the self-ID procedure, the “duty to protect women and girls against violence”, and “access to single sex spaces for women”. Alsalem also touched on the “lack of clarity on the relationship between Scotland’s Gender Recognition Act and the UK Equality Act”. Regarding this last point in particular, she said:

While I commend the Government for listening to the voices of transwomen, including organizations that represent them, I am concerned that the consultations for this proposal do not appear to have been sufficiently inclusive of other groups of women, most notably female victims of violence.

The insinuation here is clear: the Scottish government listened to trans women and their allies, but ignored dissenting voices. Fortunately, however, this has no actual connection to reality.

The Scottish government responded in truly admirable fashion. It issued a 13-page response with a point-by-point takedown of the SR’s original letter. In particular, it stated unequivocally that the Scottish Human Rights Commission could not:

identify any objectively evidenced real and concrete harm that is likely to result from the reforms. Indeed, the majority, if not all, of the concerns that have been outlined do not appear to have a relationship with the proposals that are set out in the Bill.

Getting even more devastatingly specific, the response letter also pointed out the fact that Alsalem was contradicting the UN’s own findings on their proposed reforms. The response quoted the United Nations independent expert on protection against violence and discrimination based on sexual orientation and gender identity, highlighting that:

Belgium, Denmark, Ireland, Luxembourg, Malta, Portugal and Argentina are examples of states that have implemented systems based on self-identification and eliminated pathologising requirements and where the numbers and outcomes in terms of social inclusion and the decrease in violence against trans and non-binary persons are remarkable. At the other end of the scope of worries, so to speak, the theoretical concerns that were raised in the process of adopting those processes have not materialised

In a similar vein, the response mentioned that the committee overseeing the GRR Bill asked for evidence that the proposed reforms were unsafe for women and girls. However, “no witness was able to provide concrete examples.” This part is important. People will speak in hypotheticals on the abuse of gender recognition for trans people, but can’t produce concrete proof of such fears materialising.

The Scottish Parliament’s letter also pointed to the fact that there has already been a lengthy consultation on the process of the GRR Bill. Contrary to Alsalem’s assertion, the public – including many women’s rights groups for and against trans inclusion – were consulted:

The two consultations undertaken in developing this Bill were open to all members of the public and represent two of the largest public consultations ever carried out by the Scottish Government. Responses to the consultation were subject to an independent analysis and we have published those reports

In fact, six women’s and domestic violence organisations in Scotland wrote their own response to the SR’s letter. The response from Engender, JustRight Scotland, Scottish Women’s Rights Centre, Scottish Women’s Aid, Amnesty International Scotland, and Rape Crisis Scotland made many of the same points as the Scottish Parliament. It stated that:

We were surprised and disappointed that your letter was issued without consultation with human rights groups or specialist violence against women organisations in Scotland.

The letter went on to highlight the intertwined nature of women’s and trans liberation:

We see the paths to equality and the realisation of human rights for women and trans people as being deeply interconnected and dependant on shared efforts to dismantle systems of discrimination.

This whole saga – from the two rounds of consultation, to Alsalem’s letter, to the BBC’s misleading response, and the Scottish defence – is a microcosm of the ‘debate’ around trans rights and recognition. Gender critical voices will complain that trans rights will endanger women, but cannot provide actual proof of how this would happen. They claim we didn’t hear them. But we did, and their complaints were simply at odds with the facts of the matter.

A GRC does little beyond allowing a trans person to register their birth, get married, and die under their true gender. Making the process of acquiring one less cumbersome is surely a good thing. That this has even a UN special rapporteur up in arms would be laughable, if it weren’t such a crying shame.