"Don't say 'queer'" is the new dogwhistle from the Guardian - Canary 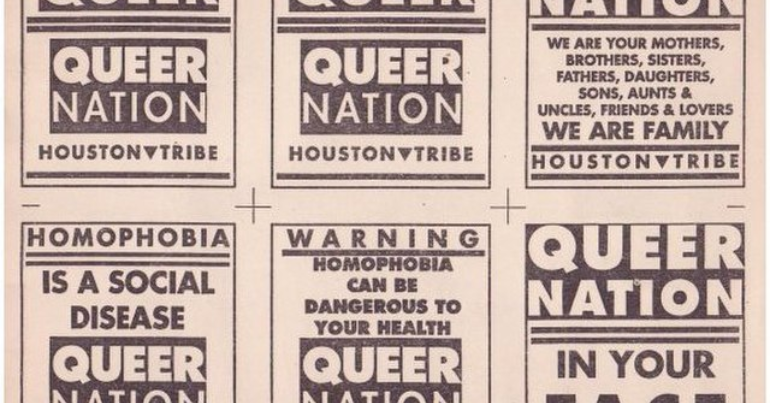 On 13 January, the Guardian published a letter from a reader titled “Please don’t use the Q-word”. The “Q-word”, of course, is ‘queer’. The letter, and the Guardian’s choice to publish it, is part of an increasing volume of calls to leave the word behind. However, the motivations for doing so are not what they appear.

The letter itself was a reaction to an earlier Guardian article on the newly released data from the 2021 census. The last census was a landmark occurrence because of the fact that, for the first time, it collected accurate population data on the LGBTQ+ population of the entire UK.

Karl Lockwood, the letter’s author, took the opportunity to point out that:

Your report… tells us that of the 1.5 million people who declared themselves non-heterosexual, only 15,000 referred to themselves as “queer”.

This, in itself, somewhat misunderstands the data given by the census. In response to the question “Which of the following best describes your sexual orientation?”, the original article revealed that:

One hundred and twelve thousand people described themselves as pansexual, 28,000 as asexual, and 15,000 as queer.

Note that this is by no means a question about whether someone is comfortable referring to themselves as ‘queer’. Rather, it’s about what “best describes” the respondent’s sexuality. So, the 15,000 are not the only people who refer to themselves as queer. Instead, they’re the people who use “queer” because it captures their sexuality more accurately than ‘gay or lesbian’, ‘bisexual’, ‘pansexual’, or ‘asexual’.

‘Queer’ is generally used as an umbrella term for any identity that isn’t cisgender or heterosexual. This means that it includes gay, bi, and ace sexualities, as well as trans and non-binary identities. However, it also works brilliantly as a sexuality descriptor for people who aren’t heterosexual, but who aren’t better served by other, more specific labels. It is these people who were numbered amongst the 15,000 in the census data, not those who might describe themselves as queer because they are gay or bi.

The letter published in the Guardian went on to say:

I suspect that many of the others, like me, consider the term to be insulting and derogatory, and certainly not “reclaimed”. I am a gay man of 66 years with many friends and acquaintances, and know no one who would refer to themselves as queer. It would seem a small minority of activists has encouraged the media to use the word without considering its offensiveness to many people.

Unfortunately, it seems that Mr Lockwood has spent a lot of his 66 years as a gay man with his head in the sand. ‘Queer’ is not a recent invention. Its use in the modern sense can be seen in a manifesto given out by ACT UP (AIDS Coalition to Unleash Power) members in the 1990 New York Pride parade. It read:

Being queer means leading a different sort of life. It’s not about the mainstream, profit-margins, patriotism, patriarchy or being assimilated. It’s not about executive directors, privilege and elitism. It’s about being on the margins, defining ourselves; it’s about gender-f— and secrets, what’s beneath the belt and deep inside the heart; it’s about the night. Being queer is “grass roots” because we know that everyone of us, every body, every c—, every heart and a– and d— is a world of pleasure waiting to be explored. Everyone of us is a world of infinite possibility.

Queerness, here, was an act of reclamation from a world that hated and feared the LGBTQ+ community. It was anti-assimilationist, refusing the politics of trying to fade into and accommodate heterosexual and cisgender expectations. Moreover, it explicitly drew together marginalised sexualities and marginalised genders (“gender-f—“).

It’s fair and true that ‘queer’ can leave a sour taste in some people’s mouths. It was (and sometimes still is) used as an insult with a great deal of venom behind it. I’d never want to use it in the specific context of someone who didn’t choose it, as with any other reclaimed slur. For example, I’d never refer to Mr Lockwood as queer.

However, ‘queer’ was never a slur for me, or most of my generation as far as I’ve heard. The go-to playground insult used on me was ‘gay’, by a wide margin. It was a refrain of edgy comedy shows like South Park. It was everywhere, and applied even outside of contexts relating to sexuality – ‘that’s gay’ was synonymous with ‘I don’t like it’.

However, I’m fully capable of recognising that it would be ridiculous of me to ask that people don’t say ‘gay’. It’s a liberatory word. People have found a home in it. ‘Gay’ is even becoming an umbrella term in the same manner as queer, spilling out beyond its narrow meaning to embrace more marginal definitions.

I’d expect that people who suffered the use of ‘queer’ as a pejorative would extend the same courtesy to people who exalt in it. Certainly, it’s use is ubiquitous in mainstream society – shows like Queer Eye have seen to that, without widespread revolt. Hell, even the Simpsons joked about successful the reclamation of ‘queer’ in 1997.

I can’t speak to the motivations of Mr Lockwood when he asked that people don’t say ‘queer’. However, I can take a damn good guess as to why the Guardian chose to publish the letter. The recent backlash against ‘queer’ is form of dogwhistle transphobia – it sends its message to the right listener, but frames it in an innocuous way. The Guardian itself is well-known for its frequent and open transphobia, at least in the UK.

There is a growing reactionary movement within (or outside of, as the case may be) the gay community. Groups such as LGB Alliance are seeking to divorce non-hetero sexualities from non-cis genders as a campaign focus, to transphobic ends. Similar motivations lie behind the frequent trending of #LGBwithouttheT on Twitter.

This blatant transphobia, along with the sidelining of other marginalised queer identities such as asexuality, forgets two very important things. First, the fates of queer sexualities and genders are already one. They were entwined in the early days of queer liberation, and they remain so to this day.

Nobody who has shouted abuse at me on a street has ever stopped to check if my gender non-conforming presentation is because I’m gay or because I’m trans. I doubt severely that they’d care for the answer. In the immortal words of Laura Jane Grace, “They just see a faggot”. There isn’t a hair between homophobia and transphobia – it’s all the same recycled bigotry.

Second, and as ever, we are stronger when we stand united. ‘Queer’ is under attack precisely because it acknowledges that we are one community, with shared experiences and oppressions. We would all do well to remember that.

Featured image via Wikimedia Commons/Author Unknown, licensed under the public domain, resized to 770*403